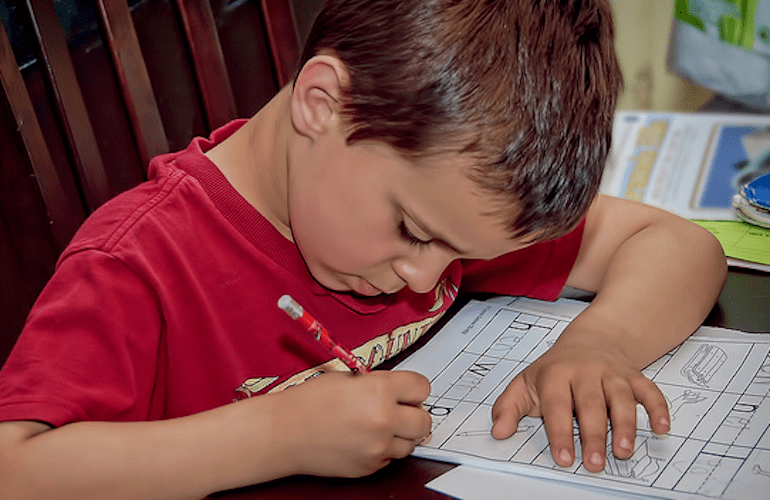 Children’s non-governmental organisation (NGO) End Child Poverty has put together data that reveals the true picture of child poverty in the UK. And it’s shocking. Worse, the report puts the blame firmly on benefit cuts.

The Child Poverty Map of the UK shows which parliamentary constituencies, electoral wards and local authorities have the highest levels of poverty in the country. It reveals that 3.5 million [.doc] children are currently living in poverty across the whole country. And the density of the problem is as high as 47% [.doc] in some parts, particularly in large urban centres.

You can see how many children live in poverty in your area here.

The NGO used data on tax credits, and income left after housing costs, to reveal the relative poverty which many children suffer in Britain.

Other large cities also experienced high levels of child poverty at around 40%.

At ward level, the instance of child poverty can be even higher, at over 50% in many cases. This presents a very different picture to other areas where child poverty sits at 10% in contrast. Theresa May’s constituency of Maidenhead, for example, is among those with the lowest rates of child poverty.

As the Prime Minister has rightly recognised, this is not a country that works for everyone. In every community, there are children being denied the happy childhoods and the good start in life other children take for granted. Our children are twice as likely to be poor as our pensioners.

Royston also believes that ‘Universal Credit‘ makes the situation worse. The universal credit system was brought in to simplify the benefits process. It replaced a number of allowances and benefits including jobseeker’s allowance, income-related employment and support allowance, income support, child tax credit, working tax credit, and housing benefit. But many have been critical of the new system, claiming that people will be worse off and that child poverty will actually rise. And as The Canary revealed at the turn of 2016, the government is not spending enough on informing the public about it.

But others believe Universal Credit could actually hold the key to ending child poverty if it was tweaked. They recognise that there’s a two-tier system where some have benefited but others are penalised the more they wish to work.

The issue of child poverty is of grave concern for many organisations that see its high prevalence as an infringement of children’s rights. The House of Commons Joint Committee on Human Rights is conducting a public inquiry into the UK’s record on children’s rights. It sees child poverty and social security reform as key themes that need to be addressed. In addition, it has also been noted that the best interests of children have not been taken into account when considering legislation or reforms, and that the lowering of the benefits caps and changes to the Universal Credit work allowance is a cause for concern.

Theresa May claims to want a country that cares for everyone. Considering the stark levels of poverty among the country’s most vulnerable citizens, the government needs to take heed of these warnings, and fast.

– Take a look at the interactive map and see how many children live in poverty in your area.

– Write to your MP and ask them to end the freeze on children’s benefits and reverse proposed cuts to in-work benefits under Universal Credit.