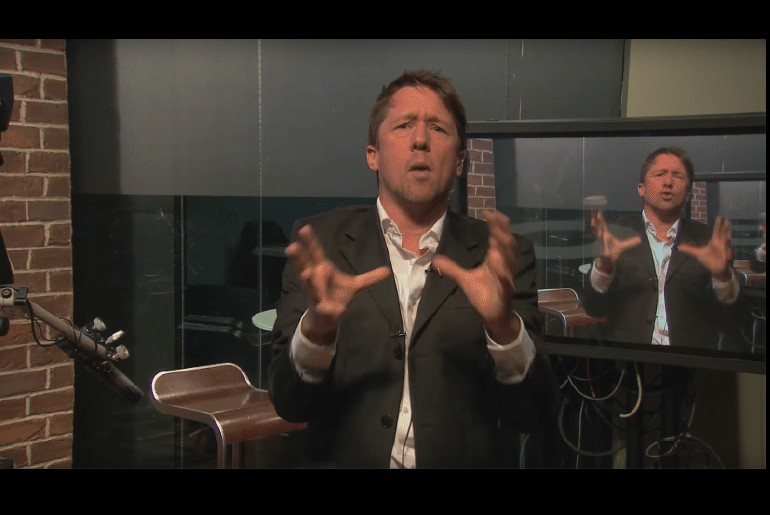 The satirist Tom Walker is best known for his character Jonathan Pie. Pie is an angry, left-wing news reporter who rails against the media and the Conservative government. In his latest video, Pie pins the blame for Trump’s victory squarely on the left. And right-wing news sites and blogs are now sharing his video as a vindication of their argument.

This is the video in question:

Globally, right-wing outlets like Breitbart, Chicks on the Right, Herald Sun, and Right Wing News have all shared the video. The conservative blog Legal Insurrection shared the video and commented:

Calling us ‘deplorables,’ racists, fascists, Islamaphobes, and whatever else was not going to win Hillary any votes, and it sure wasn’t going to make us sit down and shut up.

Pie also has some choice words for the precious progressive snowflakes who are perpetually offended and begging for safe spaces in which to hide from divergent opinions.

And if my mansplaining is triggering you, you can either f*ck off to your safe space or you can engage and debate me and tell me what I’m getting wrong

This statement – made in between condemnations that the left stifles debate – mirrors the aggressive, debate-stifling rhetoric of the ‘alt right‘. Pie does also encourage people to debate him though, and several people have now risen to the occasion.

There have been a number of articles criticising the idea that the left is responsible for Trump’s victory. There have also been some direct responses to Pie’s video. One of the most robust arguments came from this Facebook user:

Beyond the moral arguments, there is no practical reason to abandon your core voters to pander to a vocal minority of people who voted against you. It didn’t work when Labour accepted the Conservative Party line that overspending caused the recession, and it’s unlikely to work in this instance.

The argument that the left needs to further its debate is inarguable. If it wasn’t, the left would be winning. We cannot abandon any one group to attain power though, and we cannot accept blame where it isn’t due.

– For some of the hate crimes already experienced since Trump’s election, see here.