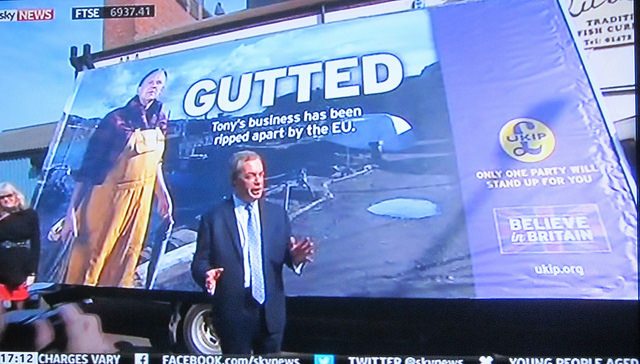 A UKIP candidate in a local by-election just tried to bully his Labour opponent on Twitter. But the stunt backfired spectacularly, as social media users were having none of it.

UKIP’s Brian Silvester, a former councillor who is standing in the Crewe West by-election on 1 December, bragged on Twitter about the number of followers he had:

I have 9737 followers
My Lab opponent @tasha4ctc has a massive 17.
Tory Candidate is a paper candidate only, with no chance of winning. https://t.co/WODmUPsGnB

On 14 November, his Labour opponent Natasha Maroni did indeed only have 17 followers. But Twitter then worked its magic:

It would be awful if this gloating UKIP Cllr found himself with fewer Twitter followers than @tasha4ctc after gloating like this. Awful. https://t.co/QQR0IOTofC

Wouldn't it be great if everyone gave @tasha4ctc a follow so she can catch up with chippy old Brian, here. https://t.co/XGU3hW4oeK

And the response was phenomenal. Maroni had 11,743 followers as of 9am on Tuesday 15 November .

But Silvester, currently a parish councillor, has form on controversial tweeting. As The Metro reported on 6 November, he was unhappy with the High Court’s decision to allow MPs to vote on Brexit. So unhappy, in fact, that he called for protests outside the judges’ houses:

We need to know where the three Judges who wrongly tried to stop #Brexit live, so we can peacefully protest outside their homes.

And Silvester’s sinister side goes deeper than that. The former mayor appeared in court in October 2012 over fire regulation breaches at a property he rented out. Silvester, along with his brother Colin, admitted 11 fire safety charges. They also confessed failure to obtain a licence for a house of multiple occupation. The property, a house converted into bedsits, had broken smoke alarms, loose wiring, holes in the ceilings, and combustible materials in the corridors. Prosecutor Bernard Thorogood QC said the problems had “left tenants terrified for their safety”.

As The Crewe Chronicle reported:

One tenant, John Masters, had even come up with his own ‘dramatic’ makeshift escape plan, keeping a rope and hammer by his window.

The UKIP councillor and his brother escaped a prison sentence. But Silvester was fined £45,000, plus £22,000 in costs. The court fined Colin Silvester £37,500 and he had to pay costs of £22,000. Cheshire Fire and Rescue Service commented that the brothers’ fire regulation breaches were some of the most serious it had ever seen.

Silvester (UKIP), Maroni (Labour) and Steven Edgar (Conservative) are contesting the by-election. It is formerly a safe Labour seat, so it is perhaps little wonder Silvester is resorting to desperate measures. But after his clumsy bully-boy tactics, if the election was based on social media support, Maroni would have it in the bag.