There's another victim of austerity, and John McDonnell just revealed exactly who it is - Canary 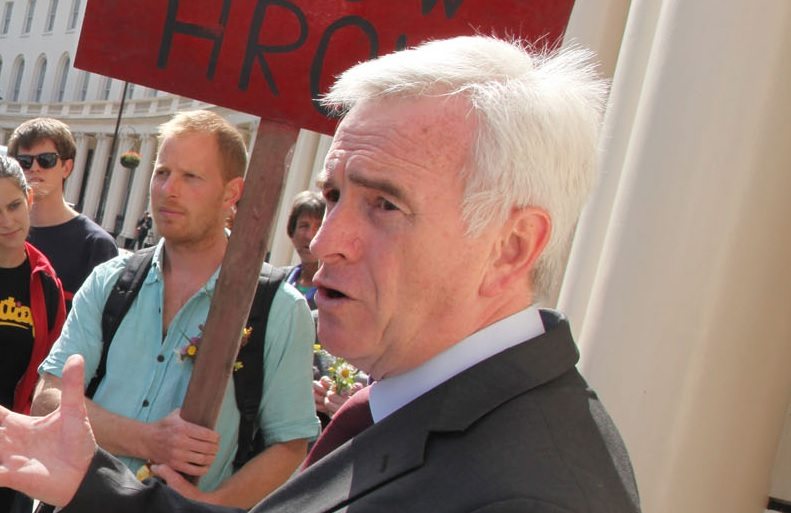 Shadow Chancellor John McDonnell just shone a stark light on the hidden victims of austerity. According to his new analysis, the British public are paying through the nose for the Conservative government’s economic agenda.

McDonnell asserts that Brits have each paid £859 for austerity under David Cameron. He also claims that figure will rise to £1,121 by 2020.

Yet the media have largely ignored the findings, apart from The Mirror.

McDonnell came up with these figures by calculating the lost pay rises resulting from cuts of £30bn in public spending. The Conservatives’ cuts have inhibited investment in infrastructure, such as roads, hospitals and schools. They have also limited the number of workers employed by public institutions.

Without the economic growth that such investment and jobs would have created, wages have been stunted. And that wage loss forms the basis of McDonnell’s findings. He explained:

To put those figures another way it’s like putting petrol in your car. If the tank had been full this represents how far your car could have gone.

The economy has not been firing on all cylinders. And cuts to vital investment have hindered not helped our economic recovery. That’s why Labour is calling on the Chancellor to reverse the cuts still planned.

McDonnell’s findings are the latest in a long list

But the Labour Party is not the only faction to have called out the flaws in the government’s austerity programme. The Joseph Rowntree Foundation released a damning report in August that identified how much money the public pays for austerity-fuelled hardship. It found that a massive £78bn of taxpayer money is spent on poverty in the UK.

The UN also concluded recently that the UK has  ‘systematically’ violated the human rights of disabled people through its welfare reforms. And the latest foodbank figures from the Trussell Trust are astronomical. Those figures show that between April and September 2016 the trust provided 5,193,420 meals to the UK public. 1,885,840 of those meals went to children.

Meanwhile, a report by the Social Security Advisory Committee (SSAC) in August revealed the welfare reforms proposed by the government often lacks any “meaningful analysis of impact” on those affected by them. Essentially the SSAC concluded that incompetence is the backbone of the government’s austerity policies.

This can’t go on

In a speech on 15 November, McDonnell called on the government to “end the cruelty of the spending cuts programme”. He wants austerity to end by 2020 at the latest.

The Chancellor Phillip Hammond will deliver his autumn budget statement on 23 November. So that is the moment we will discover what financial road Theresa May’s government will take.

An abandonment of the austerity agenda would be welcomed in many quarters. And not least by the UK public, who are paying for its consequences.

– Read more Canary articles about the impact of austerity in the UK.