It's official: the War on Drugs is a complete failure - The Canary 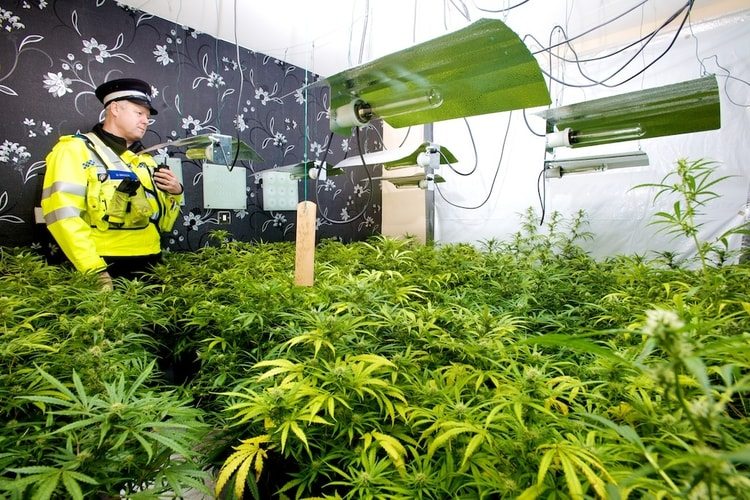 The debate over the legalisation of drugs is controversial. But for the first time, the British Medical Journal (BMJ) has announced that the War on Drugs has failed. The article, co-authored by BMJ editor-in-chief Fiona Goodle, covers both the UK and the global situation. And it could serve to disrupt the status quo.

A short history of the UK’s drug war

The Misuse of Drugs Act 1971 came into full effect in 1973. It aims to prevent the misuse of controlled drugs by imposing a complete ban on the possession, supply, sale, manufacture, import and export of such drugs.

This act also set up the Advisory Council on the Misuse of Drugs (ACMD), which makes recommendations to the government on the control and scheduling of certain drugs. The ACMD is sponsored by the Home Office, which makes its view on drugs very clear, although apparently sometimes lazily.

The Class A (most harmful) drugs have stayed the same since 1973. These include heroin, cocaine, MDMA (‘ecstasy’), methamphetamine, mescaline, LSD, DMT and psilocybin (‘magic’) mushrooms. Before getting onto issues with the ACMD classifications, let’s look at why the BMJ believes the drug war has failed.

The war has failed to achieve its aims

BMJ authors argue that the War on Drugs in general has failed to achieve the aim of reducing drug misuse. Also, they say that prohibition has had many negative repercussions. The report highlights some key points:

Not all drugs carry the same risks

The previous chair of the ACMD, Professor David Nutt, was sacked a day after claiming that ecstasy and LSD were less dangerous than alcohol.

Interestingly, Nutt based this conclusion on the kind of assessment that the ACMD should use to calculate a drug’s harmfulness, and therefore, its classification. In a paper published in 2010, Nutt used 16 criteria relating to the harmful effects of drugs. These criteria fell under broad categories such as physical harm, dependency, and social harms. Nutt found that alcohol is the most harmful drug. But, of course, it is also the most easy to obtain.

In any case, we can see that LSD, psilocybin mushrooms and ecstasy are some of the least harmful drugs. For example, Nutt’s scale of harmful drugs shows that LSD and mushrooms cause no harm to others. Yet, these drugs are Class A.

The BMJ supports claims made by Nutt, and groups such as Transform Drug Policy Foundation (PDF), that policy must be evidence-based. The ACMD has been criticised for lacking a strong basis in evidence.

For example, the Police Reform and Social Responsibility Act 2011 removed the legal requirement for the ACMD to have scientists and experts on the panel. Also, the Commons Science and Technology Committee said that the present system of drug classification relies on historical assumptions, rather than scientific assessment.

Perhaps the UK needs an independent scientific body to advise the government on drug policy. Nutt believed so, at least. So after his sacking from the ACMD, he set up the Independent Scientific Committee on Drugs (ISCD). It provides evidence-based information on the effects of drugs and policy.

The only problem is that the ISCD doesn’t advise the government on drugs. The government won’t listen. But it’s worse than just deafening silence. Theresa May attempted to hide this kind of evidence from the public when she was Home Secretary.

Time to listen to the experts

The War on Drugs has clearly failed. Millions of people are suffering from drug-related problems and are not getting the health treatment that they desperately need. And there have been decades of wasteful law enforcement while drug use has actually been increasing. So it’s about time that the government listened to the experts, and based drug policy on evidence and ethics, instead of tradition and fear.