The entire planet has come together to oppose this massive environmental threat [IMAGES, VIDEO] - Canary 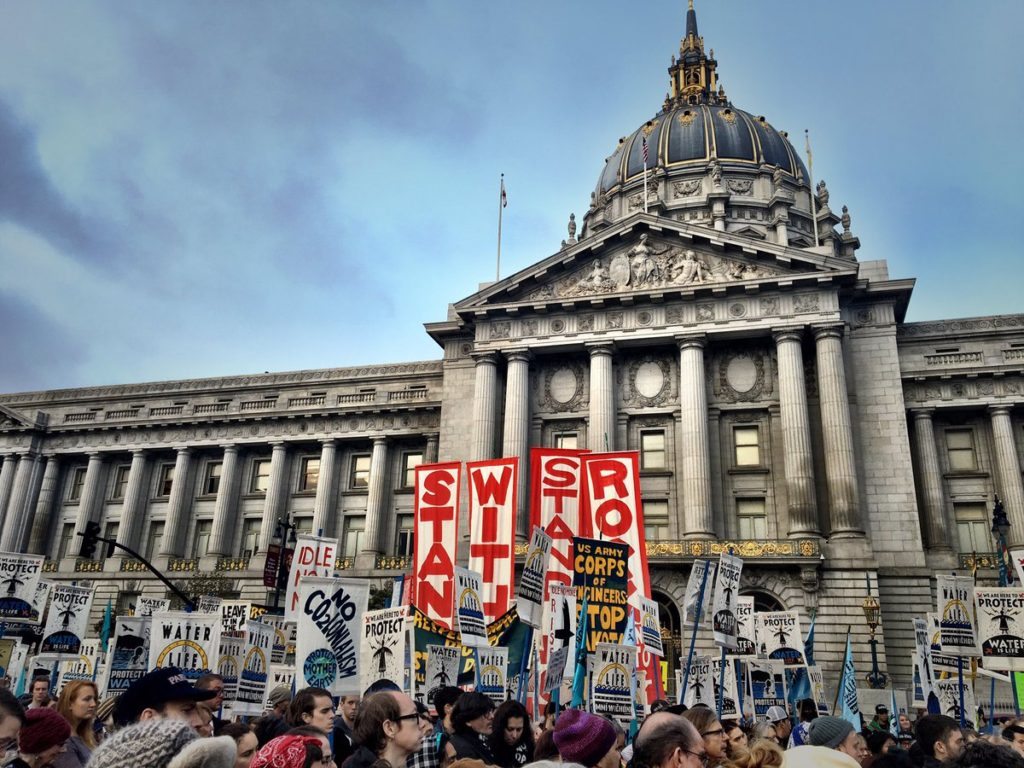 The entire planet came together to oppose a potential environmental catastrophe on Tuesday 15 November. The controversial $3.7bn (£2.8bn) Dakota Access pipeline (DAPL) has drawn huge worldwide protests in recent months. And while a day of coordinated action took place across the world, those protesting its construction received some promising news: the US government has stopped the project in its tracks.

Thousands of people are trying to stop the pipeline’s construction in North Dakota. Most notable are the Standing Rock Sioux Native Americans. They say the pipeline could pollute their main water supply along with that of 17 million other people. The tribe also says that it would cross over its sacred ancestral burial grounds and archaeological sites. Anti-globalisation and environmental activists have also become involved. They argue that the pipeline, which will be able to ship 570,000 barrels of crude oil a day, will greatly increase fossil fuel emissions.

But Energy Transport Partners, the company behind the project, has said the project will boost local economies and is the safest way to transport crude oil. As The Canary previously reported, the company has been accused of trying to discredit protesters with ‘dirty tactics’. According to a Standing Rock Sioux Tribe official report, an undercover pipeline employee was caught infiltrating their camp. His aim? To incite violence. The post reads: 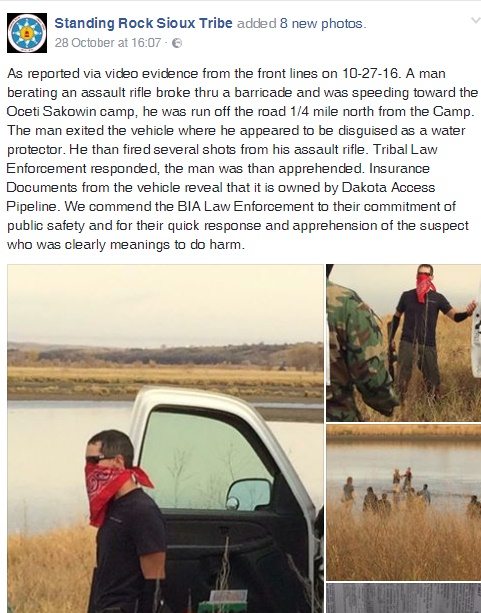 Also, on the same day as that incident, the Morton County Sheriff’s Department circulated a false report claiming the man was shot and that violence ensued.

On 1 November, over one million people joined in an online protest in support of the Sioux tribe. The UN has accused authorities in North Dakota of using “excessive force” against protesters. Police forces from eight states have been involved and have used tear gas, rubber bullets, dogs, and pepper spray against protesters. Authorities have also made over 460 arrests.

The end of the line?

But there appeared to be some hope for the Sioux tribe on Monday 14 November. The US Army Corps, which is responsible for the planning permission for the pipeline, announced that it is temporarily stopping Energy Transport Partner’s construction. It said this was so it could consult further with the Sioux tribe over their concerns. The leader of the tribe, Dave Archambault II, said:

It is clear President Obama is listening. Together we can inspire people across America and the globe to honour each other and the Earth we hold sacred… Not all of our prayers were answered, but this time, they were heard.

The Corps said it would set a timeline with the tribe to consider its concerns, including the risk of spills into the Missouri River. It has the final say on whether the permit for the construction work is issued.

Trump and the pipeline

But while US President Barack Obama has appeared somewhat sympathetic to the Sioux Tribe’s cause, President-elect Donald Trump may well be less so. He is an investor in Energy Transport Partners, which is building the pipeline. And the company’s Chief Executive donated more than $100,000 to Trump’s election campaign. Also, Trump backs measures to increase energy industry development and upgrade US oil and gas infrastructure. He has not commented specifically on the Dakota Access pipeline. But he has said he would approve another controversial pipeline, the Keystone XL project, which Obama rejected in 2014.

The support for the Standing Rock Sioux Tribe does not appear to be waning. A worldwide day of action saw protests across the globe.

Hundreds of protesters turned out in Los Angeles: 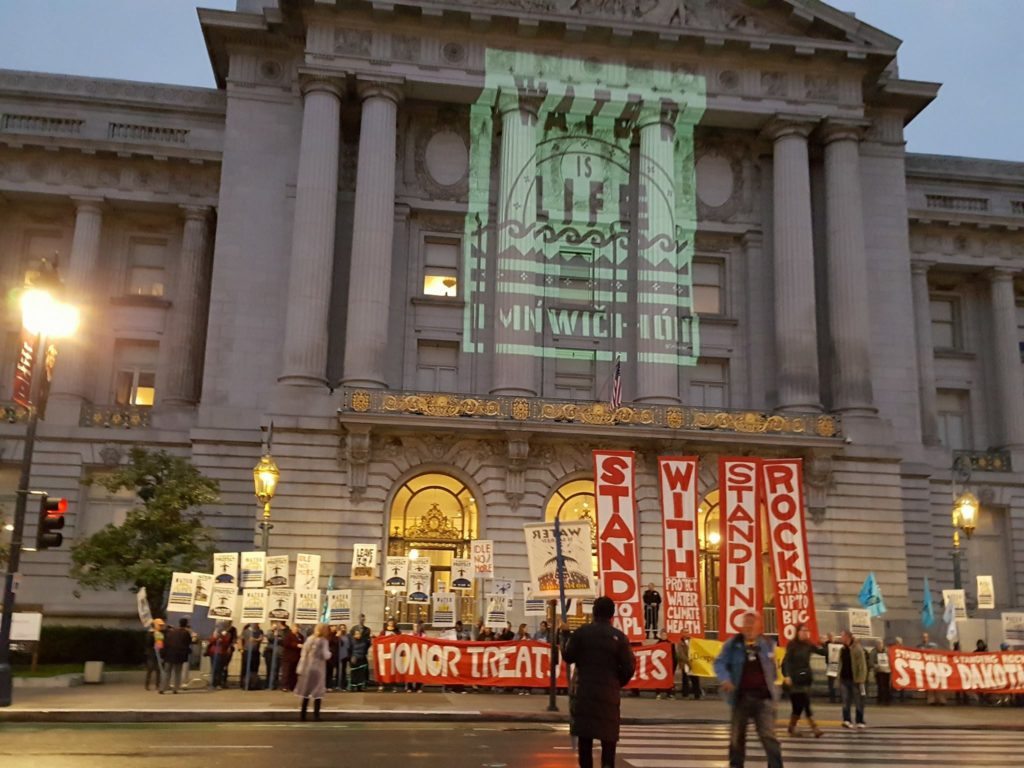 And also in London, and in Ireland:

In fact, protests happened in over 300 cities worldwide:

The Standing Rock Sioux Tribe’s support is truly global. And the cause seems to have resonated with people for one simple reason. Because it’s ordinary people fighting against the power of a global corporation. The signs look promising for the tribe, protesters and activists. But with Trump soon to take the White House, things could change. So the fight for North Dakota looks set to continue.