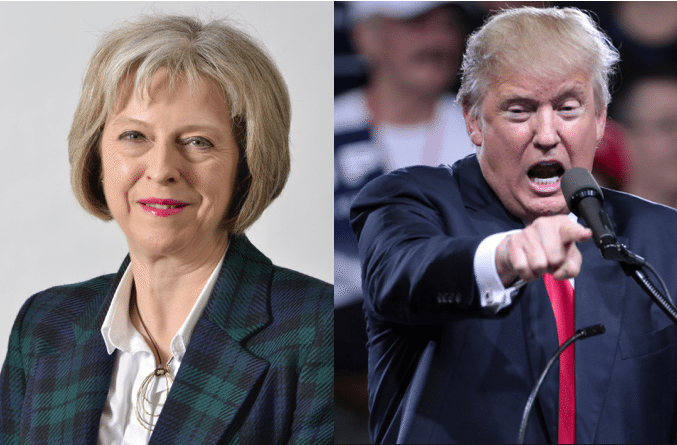 When the Twin Towers fell on 9/11, New Labour press officer and policy adviser Jo Moore sent an email to her boss (Transport Secretary Stephen Byers) saying it was “a good day to bury bad news“. Moore was fired and vilified for what felt to most like rank opportunism in the face of human disaster. But in the last week, the government of Theresa May has adopted the same approach. Here are 10 bits of bad news that Theresa May hoped were buried under the victory of Donald Trump in the US presidential election.

10 things that happened in Tory Britain this week while our Media Bubble gazed across the Atlantic. pic.twitter.com/Fwcvk1LFfK

As The Canary’s James Wright reported:

While the globe is still reeling from Donald Trump’s victory, Richard Branson has quietly made the type of healthcare history only a US President would be proud of. In an unprecedented move, the British government has gifted for-profit Virgin Care direct control of Bath and North East Somerset Council’s core adult social care services as part of a £700m deal.

#2: The UK Supreme Court ruled against the Bedroom Tax

As The Canary’s Steve Topple reported:

The government was defeated twice in the Supreme Court over the so-called ‘bedroom tax’ on Wednesday 9 November.

Jacqueline Carmichael, from Southport, Merseyside, has spina bifida and needs a special hospital-type bed in her bedroom with an electronic pressure mattress. She has to sleep in a fixed position and cannot share a bed with her husband. There is no space for an extra bed in the room, so they require a two-bedroom flat. Her husband Jayson is also her full-time carer. The couple lost 14% of their housing benefit after the bedroom tax came into force. But the Supreme Court found the government had acted unlawfully, and ruled this was discriminatory.

The Rutherfords, from Pembrokeshire, care for their severely disabled grandson Warren in a specially-adapted three-bedroom bungalow. He has a rare genetic disorder, Potokoi-Shaffer syndrome, and is unable to walk, talk or feed himself. Both Paul and Susan have disabilities as well, and can only care for Warren with the help of paid carers who stay overnight. The family was subject to the bedroom tax because the carers sleep in a third bedroom. And while housing benefit regulations allow for an additional bedroom if a disabled adult requires overnight care, it does not extend to disabled children.

Judges ruled in favour of the Rutherfords in a previous court case. They said the government was discriminating against disabled children. The government appealed the court’s decision, but today the Supreme Court threw out this appeal. Both cases could now open the floodgates for numerous actions against the bedroom tax.

A key contributing factor to rising homelessness in Tory Britain is the continued assault on welfare. As The Canary’s Mark Turley reported on the latest benefit cap crisis:

Over 100,000 households have received notification from the Department of Work and Pensions (DWP) that their benefits will plummet. On average, they will lose £60 a week, with the worst affected losing as much as £150.

#4: Over half a million emergency food parcels delivered in last six months

As The Canary’s Carlyn Harvey wrote on 2 November:

Recent research by Oxford University showed that the sanctions inflicted on benefit claimants have a direct link to food bank use. And that one million people used food banks last year, compared to 40,000 in 2010.

But figures from the Trussell Trust show that this is likely to grow in 2016. As Harvey noted on 8 November, the day of the US election:

The foodbank network gave out 519,342 emergency food supplies between April and September 2016. That’s 12,973 more than it supplied in the same period last year.

But the real devil is in the detail. The trust records the numbers of the ‘three day emergency food supplies’ it hands out. These three-day supplies contain enough food for 10 meals. So the trust provided 5,193,420 meals to the UK public in those six months. And 1,885,840 of those meals went to children.

Britain has become a nation in which over a million food parcels are delivered a year because people cannot afford to feed themselves.

#5: The UN slammed the UK government for its treatment of disabled people

As The Canary’s Steve Topple reported:

The Conservative government has been slammed for ‘systematic’ human rights abuses, right here in the UK. The UN has condemned what it called ‘grave’ and ‘systematic’ violations of international conventions the UK has signed up to. But in response, Theresa May’s government fobbed off the UN findings, saying it ‘strongly disagreed’ with the report.

To make matters worse, it was the second time this year that the UN has criticised the UK government over human rights abuses.

#6: The £25bn black hole in our public finances

On 7 November, the Institute for Fiscal Studies (IFS) released a report stating that there is a £25bn black hole in the UK finances. While George Osborne’s projected budget for 2019-20 showed a £10.4bn surplus, the IFS predicts a shortfall of £14.9bn. In short, we can expect economic slowdown and further austerity cuts.

The already-delayed plans to electrify railway lines across the country were put back yet again, amid an array of national infrastructure projects which are being delayed or scrapped. The government is manifestly failing to develop the nation’s infrastructure to 21st century standards. According to construction consultancy Arcadis, the delays are costing the taxpayer £70m a day.

#8: The war on educators

Durham teaching assistants have gone on strike amid a concerted war on the pay, terms and working conditions of the people who educate our children. As The Canary’s Steve Topple has explained:

Around 2,700 teaching assistants from Durham are facing the sack, in a move by the local authority to save money. The plan, which will see the staff then re-employed on new contracts, means a 23% pay cut for them.

…Durham County Council voted to change teaching assistants’ contracts, so they would only be paid for term-time work. Currently, teaching assistants earn between £14-18,500. But the new contract would see many lose up to £5,000, with some having to actually work more hours.

#9: The impact of the benefits cap

As The Canary’s Mark Turley reported on the latest benefit cap crisis:

Over 100,000 households have received notification from the Department of Work and Pensions (DWP) that their benefits will plummet. On average, they will lose £60 a week, with the worst affected losing as much as £150.

This will cause thousands of families with children to suffer rent arrears, hunger and potential homelessness. Some 300,000 children are estimated to be affected.

The trade deficit is the gap between how much stuff we are selling to the world and how much we are buying in. The aim is to make it as small as possible, and preferably reverse it so the world is paying us more for things than we are paying them. That would be a sign that we are the world’s supplier of choice, creating jobs and prosperity. But that isn’t what’s happening.

In the most recent results, the gap widened to £5.2bn. This is one of the worst deficits the UK has seen since records began.

Theresa May might wish to bury this bad news under world events. But for the millions of people suffering under ideological austerity, the reality is inescapable.