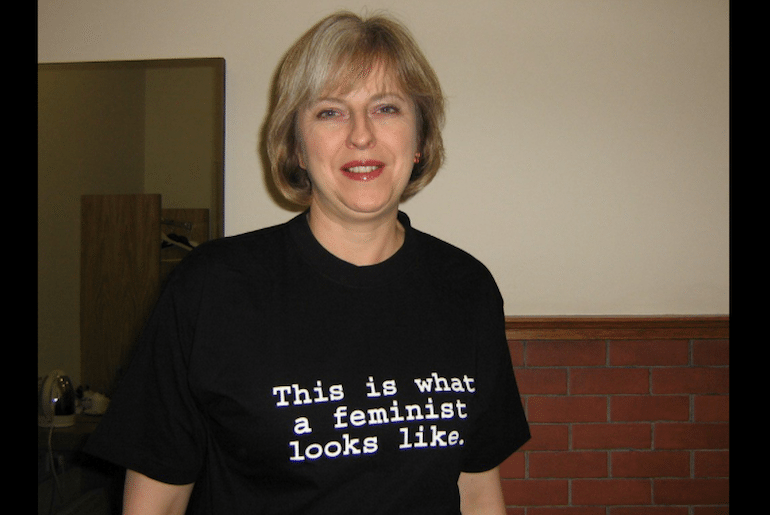 Theresa May styles herself as a ‘feminist’, and swathes of the media seem happy to go along with that portrayal. Yet she is betraying numerous groups of women by failing to protect them, a campaign group has claimed.

The charity Rights of Women (ROW) also says 500 survivors of domestic abuse take their own lives every year. It adds that a current or former partner murders two women every week. Furthermore, domestic violence sufferers only report 35% of incidents to the police. But this is while one in four women experience domestic violence in their lifetimes. Campaigners also say the new benefit cap of £20,000 outside of London will disproportionately affect single parents and those financially dependent on partners – making it harder for women to leave abusive relationships.

But Sisters Uncut says that minority groups are disproportionately affected by both the cuts to and the political decisions over domestic violence services. It says that:

The group’s day of action saw hundreds of women protesting in London, Bristol, Newcastle, and Glasgow. This action also involved Sisters Uncut blocking bridges in the cities, as a metaphor for the blocking of bridges to domestic violence services:

At 1pm, Sisters Uncut blocked bridges, set off smoke flares and chanted “£20m is not enough!” in the four cities. The police made no arrests, and only a moderate presence was in attendance. Sisters Uncut told The Canary:

Many of the services lost in austerity were set up and run by women of colour for women of colour, because generic services did not meet their needs. Those needs remain unmet, and women of colour and migrant survivors remain more likely to be trapped in violence, without any support. As domestic violence services shrink, Sisters Uncut will continue to grow. We will not stand by as black and brown survivors are left stranded in abusive homes without the bridges to safety provided by specialist domestic violence services, whilst migrant survivors with ‘no recourse to public funds’ find all of their bridges blocked by the government’s immigration policies.

The Prime Minister may well sport T-shirts saying “This is what a feminist looks like”. But May is failing groups of women who experience some of the worst physical, mental, and psychological abuse imaginable. And while that is going on, her status as a ‘sister’ to other women just doesn’t wash.