Jeremy Hunt is selling off another vital part of the NHS, even though it's MAKING money - Canary 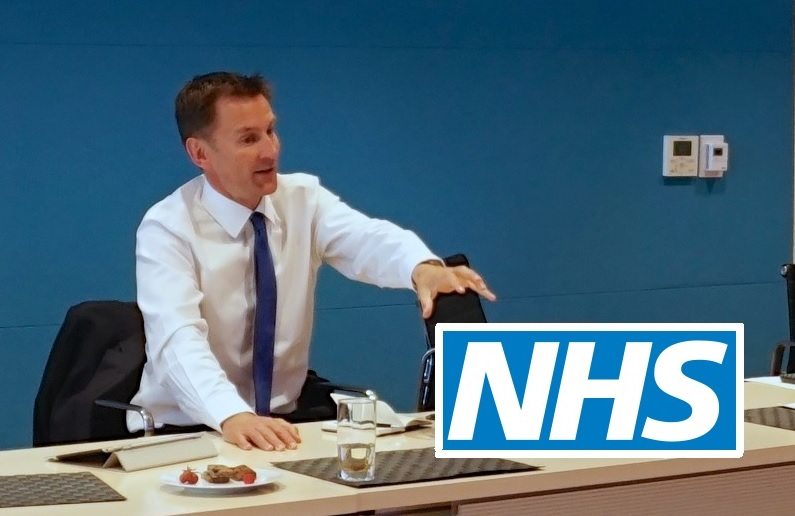 The Department of Health (DoH) has announced it will privatise another part of the NHS. The service in question is the NHS’s profitable, in-house temporary staffing agency – NHS Professionals. Its loss will likely cost the institution millions.

More than an NHS rumour

NHS Professionals (NHSP) is the largest provider of temporary medical staff to the NHS. It manages staffing banks for a number of NHS trusts, and has over 90,000 medical professionals registered with its service. It is a limited company wholly owned by the Department of Health. And it provides trusts with staff at reasonable rates, much lower than those of private staffing agencies.

On average, it saves the NHS £70 million a year.

Because it is state-owned, although not state-funded, its profits are fed back into the health service. In 2015, NHSP saw a profit increase of 43% on the previous year, rising to £8 million.

Yet in February 2016, insider sources told RT that the government was going to sell it off. That claim was denied by officials at the time. But now a Tory MP has confirmed it to be true.

Minister of State for Health Philip Dunne informed parliament of the sell-off on 17 November. He said that NHSP needs “substantial investment” to expand the amount of trusts it serves. And he claimed that the DoH had spent the last year “exploring a range of potential options” for it before identifying its “preferred option” of privatisation, with the government keeping a minority stake of around 25%.

Yet his statement jars with what NHSP’s own CEO Nick Kirkbride claims. Kirkbride emailed relevant parties prior to Dunne’s announcement to detail what was happening to the service. In that email, which has been seen by The Canary, Kirkbride stated:

As you may know, it has been the express intention of the Department to seek external investment for NHS Professionals.

So according to Kirkbride, the ‘range of options’ the government considered was limited to seeking ‘external investment’. That means private capital, and the handover of NHSP to whoever provides it.

The Canary contacted both NHSP and the DoH for comment. NHSP directed us to the DoH. The DoH insisted the sale is not an attempt to privatise the service, as the government will retain a minority stake in it. A Department of Health spokesperson said:

Last year the NHS spent more than £3 billion on agency staff — this is unacceptable. Too often this money lines the pockets of the agencies themselves, reducing funds for substantive posts.

NHS Professionals Limited saves £70 million a year by supplying staff to hospitals at more affordable rates, but at the moment this only covers a quarter of NHS trusts. The Government is therefore seeking new investment and expertise to turn the company into a world-class provider of affordable bank staff to the whole NHS.

Dunne’s statement, Kirkbride also told recipients in the email, marked the beginning of the process to find the “right investment partner”. He continued:

It has always been the intention that any investment partner would share our NHS values and continue to invest in the work we do to support the NHS.

Kirkbride has intimate knowledge of one company that the government already considers to share those values. Because he used to work for it. That company is the Virgin Group.

Kirkbride was hired to lead NHSP in March 2016, shortly after RT had reported on the plan to privatise it. And as his NHSP profile details, one of his previous professional engagements was “managing a joint-venture as part of the Virgin Group”.

Richard Branson’s Virgin Group is of course already deeply entrenched in the NHS. When it comes to the private interests gobbling up massive chunks of the health service, Virgin Care is very much part of the ‘family’. So will it be gifted NHSP too?

It’s not about the good of the NHS

Regardless of which company snaps up NHSP, it is a great loss for the health service. NHSP saves the NHS vast amounts of money through its low-cost staffing. It is also a profitable outfit that then ploughs that money back into public health provision. Its sell off will mean that these profits stuff the pockets of shareholders and executives instead. And it could see the costs to the NHS increase if its new owners raise the rates to ensure that their pockets overflow.

The government could invest in NHSP itself. Its expansion to other NHS trusts would reap momumental savings further down the line. But instead, it’s selling off yet another excellent public creation to the highest private bidder.

There can be no clearer example of who the Tories actually intend to serve.

– Take action against the sell off of our health service with Keep Our NHS Public.

– Write to your MP and insist they support the NHS Reinstatement bill.