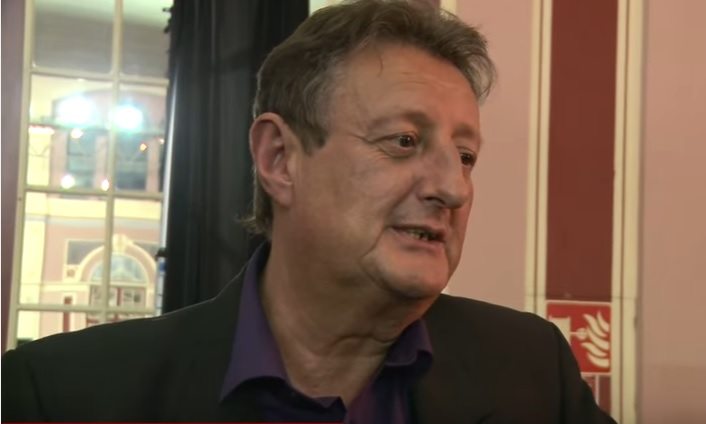 Darts legend Eric Bristow has prompted outrage over a series of tweets in response to recent allegations of child sexual abuse in the footballing world. Sky Sports dropped him as a pundit within hours, and social media users are pressuring companies with advertising and sponsorship links to Bristow to end their relationships too.

The Football Association has launched an inquiry into allegations of child sexual abuse after 20 prominent football players came forward with their experiences. While fellow sports stars and others have celebrated the courage of the footballers, Eric Bristow MBE felt differently.

According to Bristow, the issue was not the abuser, but the failure of the alleged victims to tough it up.

The tweets have since been taken down, but we have screenshots below. Read from bottom left first.

In Bristow’s world, the alleged victims of abuse are not ‘proper men’.

The response to Bristow’s victim blaming

Bristow’s behaviour falls firmly into the camp of victim blaming, where victims of abuse and violence are shamed into feeling culpable for their own abuse. This in effect re-victimises those who have suffered at the hands of abusers – many of whom already experience guilt and shame about their abuse.

Social media users were quick to point out that Bristow’s behaviour was completely unacceptable.

What goes through a bloke's mind before going on one of these rants? No one can really be that thick, can they?

“Karma for Mr Bristow on Line One”

By the morning of 29 November, Bristow had lost his lucrative role as a pundit for Sky Sports, their spokesperson saying:

The sporting world has rallied firmly to the side of the football players targeted by Bristow’s appalling commentary. Former England rugby star Brian Moore – himself abused as a child – responded simply:

I'm not even going to address the many reasons these tweets are wrong. I'll just say ignorance is no excuse for this idiocy. https://t.co/HWPxBBFVW4

But sports fans are also getting involved, targeting those companies who have financial links to Bristow, and calling for his MBE to be removed.

Has anyone called for Eric Bristow to lose his MBE yet? #EricBigot #EricPissedow

Celebrities can use the platform of public attention to help raise awareness and support for those who find themselves facing abuse and oppression. They should never use it to perpetuate such behaviour. A lesson Mr Bristow is now learning the hard way.

But at least social media users are recommending alternative employment if all else fails.

Paul Nuttall has stepped down as UKIP leader. He has been replaced by Eric Bristow.

Breaking. Donald Trump is now demanding that the ambassadorship is given to Eric Bristow MBE