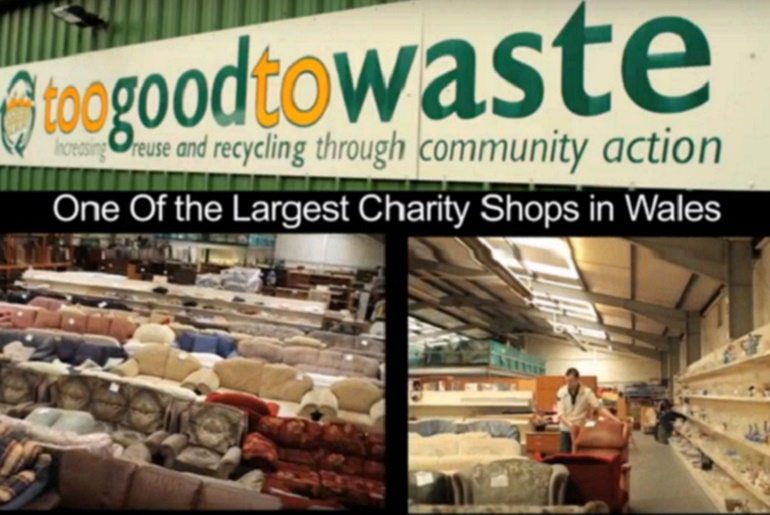 One charity in South Wales just showed more compassion to people on benefits than the government has shown in six years.

The Rhondda Cynon Taf charity toogoodtowaste has launched a scheme to make Christmas easier for local people. The recycling charity is offering free toys and Christmas decorations to those who can’t afford them – as well as a 50% discount on other items.

The recycling charity collects, refurbishes, and sells on pre-owned household items, including sofas, beds, fridges and washing machines. It puts the profits towards helping people in the local community.

The scheme has been running since 2010. This year will be the sixth time the charity has hosted its Christmas event. Chief executive Shaun England said of the event:

We are delighted that we can again help the local community by offering everything that we have in our Aberdare showroom for half price to people who are in receipt of an income-based benefit. We want to make it as easy as possible for people to get affordable furniture and electrical items at one of the most financially difficult times of the year.

The three-day event will run from 1 December to 3 December at the charity’s showroom in Aberdare, Wales.

Unfortunately, schemes like these are too few and far between. Under the Conservative government, people who rely on welfare are suffering. With welfare cuts, housing shortages and ever more precarious employment, many communities are becoming poorer by the minute.

On 1 November, The Canary reported that a new series of welfare cuts was being pushed through by the government. A new national benefit cap, set to be enforced just before Christmas, will plunge some 300,000 children below the poverty line. With 3.5 million children already living in poverty, the figure is only likely to increase.

As a result, dependence on charitable schemes is increasing. On 8 November, The Trussell Trust published its latest food bank figures. It revealed that it is on course to break its 12-year record. The food bank network gave out 519,342 emergency food supplies between April and September 2016 — 12,973 more than it supplied last year.

The government is continuing to cut benefits without providing solutions. And while the work toogoodtowaste is doing is fantastic, it’s not enough to help the thousands of poverty-stricken families across the whole country. The government needs a wake up call, and quick.

– Find out more about toogoodtowaste and its Christmas scheme.