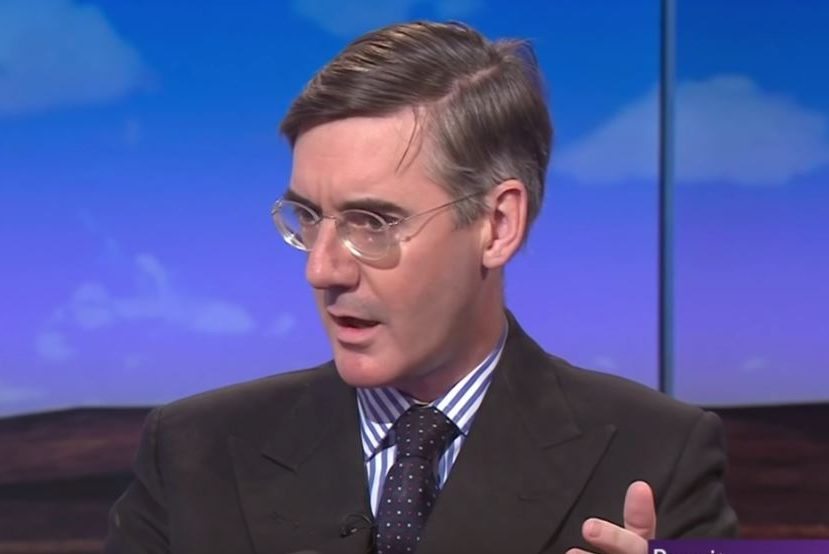 Conservative MP Jacob Rees-Mogg is a man known for an overly posh accent and upper class heritage. And he recently suggested relaxing the safety standards of imported goods to a level “good enough for India” after Brexit.

The Conservative MP for North East Somerset has always been a staunch Eurosceptic. He campaigned hard for leaving the European Union. And at a recent Treasury Select Committee meeting, discussing economic plans post-Brexit, Rees-Mogg asserted that the high safety and environmental standards currently enforced by the EU could be rolled back “a very long way”. Namely to those of a country still arguably a ‘developing’ nation. A country with 21.2% of its population living in poverty.

The World Bank recently stated that one in three of the world’s poorest people live in India, despite it being one of the world’s fastest growing economies. According to UNICEF, almost 12% of Indian children between the ages of five and 14 have to work (about 28 million).

Writing for The Guardian in 2014, Akhil Paul, director of Sense International India wrote:

Almost 25% of my fellow Indians are poor – in the same India where millions use smartphones. Within India, there are many different countries. One is high-flying and tech-savvy, driving flashy cars in and out of top-starred hotels and clubs. Another is white-collared middle class. And another is still struggling to survive. There is no doubt that in some areas we are a developed country and, as far as people with disability are concerned, we have created facilities and a support system. But in many areas we still have long way to go.

And India doesn’t exactly have the greatest record for safety in the workplace:

Rees-Mogg thinks we should scrap health and safety and be more like India. Here's the annual death toll in Indian factories. pic.twitter.com/CNxZnsBzK2

Hardly a gleaming recommendation for India’s record on industrial safety. Especially not when you consider UK deaths in the workplace generally only number around 100-200 across the entire country.

Yet Rees-Mogg’s only reservation seemed to concern dangerous toys:

I accept that we’re not going to allow dangerous toys to come in from China, we don’t want to see those kind of risks. But there’s a very long way you can go.

For many voters, the whole idea of Brexit was to strive for something better. Not to merely ‘settle’ for mimicking other nations. Particularly those demonstrating lower standards than the EU.

As well as environmental issues, one of the most frequently voiced fears surrounding the Brexit vote concerned workers’ rights. More specifically, that a new and enduring British bill of workers’ rights should be determined by a Conservative government. Many might see Rees-Mogg’s ‘suggestion’ to the Treasury Committee as a forecast of much worse to come.

Rees-Mogg is a notorious filibusterer in the House of Commons, on issues such as the NHS and the bedroom tax. And he is an avid supporter of zero-hours contracts.

The world is currently pondering the consequences of the White House being occupied by a climate change denier. Many fear that the UK is heading in the same direction. Even with rigorous EU emission laws currently in place, dozens of British cities are already in breach of World Health Organisation (WHO) limits for air pollution. Health campaigners describe urban UK air quality as “wreaking havoc on human health” – an “air pollution crisis”.

An estimated 40,000 to 50,000 British lives end prematurely as a result of the air that we breathe. Every year. With such statistics, it doesn’t seem in the interests of citizens to be ‘relaxing’ air quality and emission regulations.

In 2014, Labour MP Sheila Gilmore reported Rees-Mogg to the Independent Parliamentary Standards Authority (IPSA). He had spoken in four key parliamentary debates concerning the mining, tobacco, oil and gas industries, arguing strongly in their favour. But what Rees-Mogg failed to declare was that he’s the founder and director of ‘Somerset Capital Management’: a firm with multi-million-pound interests in all three sectors. He is also married to Helena de Chair, daughter of Somerset de Chair and Lady Juliet Tadgell. De Chair’s career was as writer for a trade magazine in the oil industry.

A sense of perspective

According to recent reports, Lady Tadgell (daughter of the 8th Earl Fitzwilliam) and other trustees will effectively receive £7.6m from the UK government to renovate her ancestral home, Wentworth Woodhouse, the largest privately-owned house in the whole of Europe. And whereas Rees-Mogg had previously been an outspoken adversary of Chancellor Phillip Hammond, he dropped all criticisms following this announcement in the Autumn Statement. Instead, he U-turned and described the Chancellor’s taxpayer-funded renovations of Wentworth Woodhouse as an “excellent” decision, and even a “gimmick”.

Rees-Mogg and his gentry class are able to enjoy lavish lifestyles: the very best of what high society has to offer. But the average worker is not so lucky. And to make matters worse, he seems to consider their safety, their rights, and their air quality as little more than “gimmicks” too.

The Canary approached Jacob Rees-Mogg for comment but had received none by the time of publication.

– Read about EU laws regarding employment, social affairs and inclusion.

– Consider supporting organisations such as Friends of the Earth.

– Write to your MP, ask them to oppose use of the filibuster.