Just as MPs are awarded another pay rise, the Tories squeeze the taxpayer for the simple crime of getting old [OPINION] - The Canary 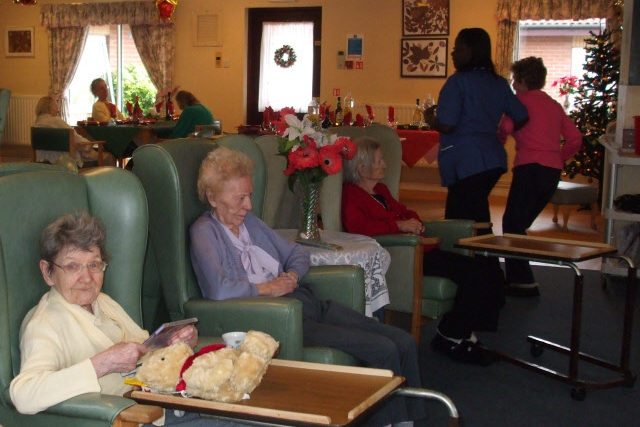 In the same week MPs were awarded yet another pay rise, the Conservative government announced that residents of England and Wales are to be mauled with yet more financial burdens. It couldn’t be more of a slap in the face.

On 12 December, the government was “considering” increasing council taxes to fund our social care system. But when it came to deciding if the already-squeezed British public should be squeezed some more, it didn’t take long. The decision merely days later to raise council taxes by up to 6% over two years could arguably compensate for MPs getting to remain on hefty salaries. Because when supposedly looking for ways to help solve this crisis, examining their own entitlement to money from the public purse was nowhere on the agenda.

Basically, the political classes intend to make sure they get their extremely generous cut before your elderly relative gets to use the toilet, or maybe even get out of bed.

Austerity for all, except them

That, of course, doesn’t include the vast list of expenses they can claim for, including numerous travel and living allowances, employing staff etc. Even claiming expenses to turn up to a murdered colleague’s funeral. It’s strange to think they don’t see anything wrong with that, at a time when some of the most vulnerable people are facing poverty and unprecedented foodbank use, with living costs set to rise sharply.

The median average UK salary in 2016 has been estimated at £27,600. But that is only for full-time employees. That figure doesn’t account for the small minority earning considerably more than everyone else.

As poverty.org.uk says, quoted in a previous article for The Canary:

The UK has a higher proportion of its population in relative low income than most other EU countries: of the 27 EU countries, only four have a higher rate than the UK. More than half of all low-income households are paying full Council Tax, noticeably higher than in the mid-1990s.

Over the last decade, the poorest tenth of the population have, on average, seen a fall in their real incomes after deducting housing costs. This is in sharp contrast with the rest of the income distribution, which, on average, has seen substantial rises in their real incomes. The richest tenth of the population have seen much bigger proportional rises in their incomes than any other group.

Notice the bit about the low-income households having to pay full council tax?

Labour leader Jeremy Corbyn described it as “passing the buck”. And he instead suggested Theresa May cancel her proposed reductions to corporation tax.

An insult to the British people

You’d think earning almost three times the average full-time worker, with expenditure covered on top, would be enough. Not for our MPs. On 14 December, it emerged that they have been awarded yet another pay rise. A further 1.4%. As of April 2017, their basic salary will be a grandiose £76,011.

That is 275% of the median UK full-time worker’s salary.

And even that takes absolutely zero account of any additional earnings. Such as Boris Johnson’s former £275,000-a-year salary writing for The Telegraph.

MPs’ endless greed and self-entitlement is bad enough. But for this pay rise to be announced the very same week as the council tax hikes? It’s nothing short of an insult to the British people.

Targeting council tax is a dirty tactic. Wealthier areas will raise far more than poorer ones, where demand for state-funded social care is likely to be far higher. And the amount of money allocated for social care will be entirely down to the council holding the purse strings.

Prominent thinktanks and unions such as GMB have already come forward to describe it as “an ill-thought out plan” and a “social care postcode lottery”. GMB’s press release of 15 December warned it was:

a disaster waiting to happen, that won’t even scratch the surface of the estimated £2.6 billion shortfall.

For me, it’s personal

But it gets worse. Many people who’ve ‘paid into the pot’ might never receive any state-funded social care. Even if they need it.

My late mother was one. One of many. She was a proud and fiercely independent professional woman. After thirty-five years working full time, having brought me up as a single parent, she’d paid off the mortgage and owned her two-bed flat. In 2013, she fell ill and required full-time nursing care. I quickly discovered that, because she owned her home and received a pension (both things she’d paid for over the course of her working life), she was ineligible for any support. The pension didn’t come close to covering costs. And like so many others, she was basically expected to sell her home.

It was traumatic. Apart from astronomical costs, at the time ranging from about £1,500-£4,000 per month, I found the majority of nursing homes to be depressing places. And I mean no disrespect to chronically overworked social care workers across the country. Many of whom work for less than the minimum wage. Sadly, even the one we managed to afford between her pension and my salary turned out to be woefully understaffed. Within a few months, she deteriorated so much that she required an amputation. She survived for another two weeks after the procedure, but then left hospital and returned to the care home. On arrival, they announced she’d have to leave, because they could no longer cope with her needs. And within 24 hours of telling her she had nowhere to go, she dropped dead.

I saw firsthand that the nursing home was struggling. And it was one of the privately funded, relatively posh ones. The less expensive, state-funded ones? My mind boggles to think of what will happen to them now. Families will be ruined trying to keep their loved ones out of them.

So why do MPs feel their salary entitlement is more important than the rights of UK citizens to receive the social care they’ve effectively already paid for?

There are 650 MPs in the House of Commons alone. Instead of forever growing, if their salaries were actually reduced by £10,000, it would still leave each with a very manageable salary of £66,011. That’s still well over double the national median, well above the high-earnings threshold, and more than most people will ever see for a year’s work. (And do remember, they still have their other jobs. And they still get to claim back for their travel, their additional homes, their spouse-secretaries, and their posh lunches.)

And they are one small overpaid group among many.

Take a second to think about that.

– Write to your MP. Ask them to overturn the hike on UK council tax. And tell them that additional funds for social care should come from those who afford it. Like them.

– Support organisations such as Age UK.