Rupert Murdoch just got a Christmas present from the British public, and he won't like it at all - Canary 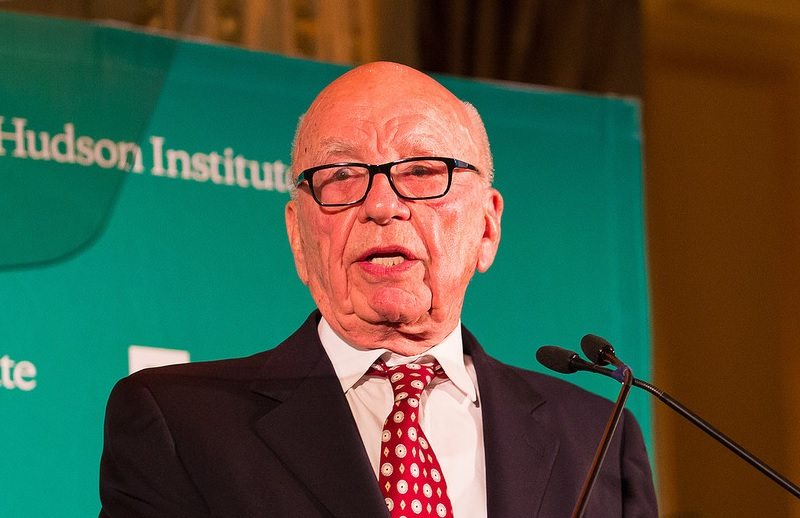 Rupert Murdoch has received a really unwelcome Christmas present from the British public. The media mogul recently announced that he is seeking complete control of Sky. But quite quickly, someone created a petition.

It calls on Secretary of State for Culture, Media and Sport Karen Bradley to refer Murdoch’s bid to Ofcom. The media watchdog could stop the bid in its tracks. And the petition, which is gaining a signature every couple of seconds, currently stands at just under 40,000.

If Murdoch succeeds in taking full control of Sky, it would make him the owner of the most powerful media group in Britain. It is his second attempt to buy out the pay-TV broadcaster. The phone hacking scandal at his News of the World tabloid scuppered the first attempt five years ago.

The takeover by Murdoch’s 21st Century Fox would cost £11.2bn. And while the company produces movies, it is also responsible for the notorious right-wing news channel Fox News.

How can we stop it?

It is now up to Bradley whether to refer the bid to Ofcom or not. But when the Leveson Inquiry took place, as a result of the 2011 phone hacking scandal, questions arose over the government’s impartiality in relation to the previous bid. Then Culture Secretary Jeremy Hunt was privately communicating with Murdoch’s son James. And Hunt’s aide Adam Smith had been feeding information to a lobbyist for James as it progressed.

Bradley will likely want to avoid accusations over partiality. And public opposition, such as this petition, will ramp up the pressure to involve the regulator. If Ofcom does take up the case, it will subject the bid to a ‘public interest test’. It will decide whether there would still be enough media plurality if the bid went ahead. As Ofcom states:

Plurality matters because it makes an important contribution to a well-functioning democratic society through informed citizens and preventing too much influence over the political process.

Essentially, Ofcom would assess whether there is enough diversity in the media and broadcasting arena with 21st Century Fox completely owning Sky. And with Murdoch’s other enterprise News UK owning The Times, The Sunday Times and The Sun, the question of plurality is important.

If the public interest test is undertaken, media organisations can submit their views on the matter. There is also another potential phone hacking scandal on the horizon, involving The News of the World and The Sun, that could disrupt the bid.

Ofcom itself has faced accusations of being weak on defining and enforcing media plurality. But if the test goes ahead, it will open up the floodgates to opposition. And any attempt to ease the bid through would face a backlash.

Murdoch’s remaining tabloid famously claimed “It’s the Sun wot won it” after the 1992 general election. Now we are on the precipice of a battle to see if Murdoch will triumph in this bid and, subsequently, be able to win over many more minds in elections to come.

An increase in the concentrated ownership of our media landscape is surely not in the public interest. And through this petition, thousands of people are making that clear.

– If you don’t want Murdoch to succeed in the bid, sign this petition, and this one.