As BA cabin crew vote to strike, a whistleblower tells their story of working for the airline - Canary 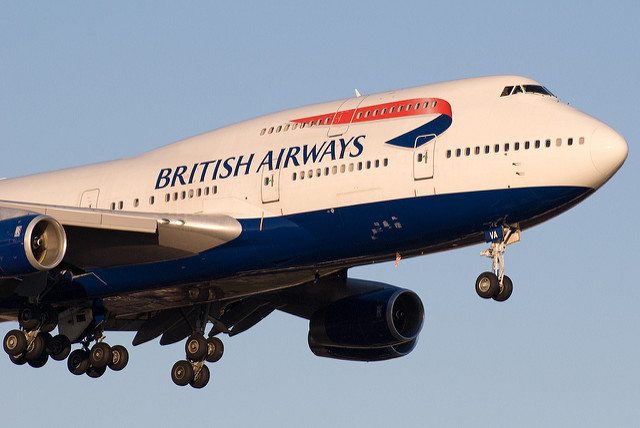 On Wednesday 14 December, British Airways (BA) cabin crew voted by 79% to strike over the Christmas period. The industrial action against BA over pay comes from staff who are on a “mixed fleet” contract. But a whistleblower has spoken exclusively to The Canary about life at the airline which promises “to fly, to serve”. And all is not well, at the (former) “world’s favourite airline”.

Unite the Union balloted more than 2,000 members (a 60% turnout) about industrial action at Heathrow Airport. It comes after staff rejected a 2% pay rise from BA. The dispute centres around cabin crew who are employed on a “mixed fleet” contract. Unite claims that BA advertised the mixed fleet jobs as starting with a salary of between £21,000 and £25,000. But the union says that, in reality, cabin crew actually earn £12,000 to start with, plus £3 an hour flying pay.

The Canary spoke to a whistleblower from the BA mixed fleet. ‘John’ (not the person’s real name) told us:

As in 2014, where 72% of mixed fleet unionised members voted for industrial action, they have voted to strike as a rejection of BA’s pay offer. The way BA leads dialogues with the union is disingenuous. The offer doesn’t reflect the massive profits BA is making. Nor does it reflect the actual input of mixed fleet into that profit. BA uses wording such as “market rate” and “competitive and in line with other airlines”. But many crew members have gone back to other airlines such as Easyjet, Virgin or even Thompson, where working conditions, schedules and pay are better.

Indeed, the mixed fleet’s pay offer does not reflect BA profits. Nor its bosses’ remuneration. Chief Executive of BA parent company International Airlines Group (IAG), Willie Walsh, earned more than £6m in 2014, while IAG recorded profits of over £750m. Walsh’s salary is almost a 30% rise on the previous year, and 147 times that of an average BA employee.

Since 2010, around 4,000 staff have joined BA on mixed fleet contracts. Unite says these staff do not have collective bargaining rights. Also, the union claims that:

A recent Unite survey found that half its mixed fleet members had taken on second jobs on their days off to make ends meet; over two thirds were going to work unfit to fly because they could not afford to be off sick, and a massive 84% said they had experienced stress and depression since joining BA due to their financial circumstances. Some admitted sleeping in cars between flights because they could not afford the petrol to get home.

John’s testimony reflects this. He said:

With a completely different contract, terms and conditions deteriorated from the start of the fleet. There is no scheduling agreement, there are separate uniform standards – there was even a legal case against the imposition of a ‘skirt-only’ policy for female colleagues. The average age within mixed fleet is a lot lower, and this makes it possible for the company to patronise, not to recognise the union branch from the start, and to impose conditions that are unthinkable to experienced flyers, even in liberal markets such as the US.

The tension is often felt through bullying, also known to the other fleets, but a lot more obvious within the mixed one. The most outrageous managers at mixed fleet are rewarded for the often borderline legal way of managing. Just recently, managers were calling Customer Service Managers (CSM, who are cabin crew but also part of the management team) to be asked if they were voting yes to strike. If they did, they were told it would have consequences to their career progression and performance payment.

But it seems it’s not just mixed fleet CSM who are subject to unfair treatment. According to John’s testimony, crew who are sick or book annual leave also encounter problems. He said that CSM are encouraged by BA to “performance manage crew over every sickness, every lateness, every bit of hair out of place”. For example, BA management allegedly forces crew who have booked annual leave to take it as days off instead. Effectively meaning that crew could then go straight into a long haul flight from midnight on their first day back.

John says it is “exhausting”. But he said the worst aspect is the way BA management handle the issue of fatigue. Fatigue management is heavily regulated by the Civil Aviation Authority (CAA). But John says:

BA are supposed to report to the CAA any crew who have fatigue due to rostering. But the company go out of their way to show that the crew member was unrested or the fatigue has been caused elsewhere. Under European legislation, there is a limit to the duty hours that crew can work. And when a crew member reaches this, they must not continue to operate. But duty operations managers were phoning up and giving the crew a choice to carry on working. This is illegal. Crew must not operate once they have reached that upper limit.

Another example is that flight duty periods have a different maximum hours depending on report time/acclimatisation/sectors operated. This can be extended by commanders’ discretion only once they have reviewed the situation and assessed the crew’s fitness to carry on. Last year, we were made aware that duty operations managers were applying discretion to crew’s operating rosters despite the fact that the captain for that duty had not only not been advised, but had not authorised this.

According to John, things have improved since the mixed fleet gained union recognition. But he says that BA “constant union busting techniques, a lack of any agreements and the designed high turnover” makes working in the mixed fleet a “constant battle”. John describes BA policies and procedures, not as rules to manage but as “divide and conquer” techniques. He says the mixed fleet have totally different contracts to other crew, which BA uses to “segregate the different fleets and stop us uniting against the company”.

John told The Canary that the mixed fleet feel like “second-class citizens”:

The company do not take our union or its members seriously and this is clear to see in every decision they make and every communication the crew receive. Our members have felt unappreciated, underpaid and over-worked for some time. This has accumulated to the point where crew have said it is not good enough. The pay offer is barely worth the paper it is written on. And with new long haul routes recently being planned to include night stops [where crew don’t get a rest break], because the company were concerned over hotel costs, really is the final straw for our members.

In a statement, BA told The Canary:

All of our cabin crew are highly valued and respected.  If an individual is concerned about the behaviour of any of their colleagues, there are several well-publicised ways in which can report and address this – including access to a confidential, independent helpline. Any reports of bullying or harassment are taken seriously and investigated thoroughly.

Safety is always our priority. We uphold the highest safety standards and meet or exceed all UK, European and International regulations. This includes adherence to strict regulations on flying hours.

We remain focused on resolving the dispute with Mixed Fleet Unite as quickly as possible without any disruption to customers.

We have proposed a fair and reasonable pay increase to Mixed Fleet cabin crew which is in line with that accepted by other British Airways colleagues and which will ensure their reward levels remain in line with cabin crew at our airline competitors. New starters, on a full time contract, can expect to earn a minimum of £21,000 per annum.

The fact that Unite members of BA mixed fleet have voted to strike at Christmas shows the levels of anger and unhappiness within the airline. But it seems the mixed fleet’s action against BA has been a long time coming. John claims that staff are overworked, underpaid and unappreciated. As he told The Canary, BA mixed fleet feel like a “poor relation” to other company staff, and equivalent crew in other airlines. And while passengers may experience some disruption, it is a necessary action if safety is allegedly at risk, due to crew’s working conditions. If those passengers wish to direct their anger anywhere, it should be at Scrooge-like operator British Airways – which is telling its staff in the mixed fleet crew ‘BA humbug’ all the year round.