The coup wants you to believe Labour is too weak to win an election, but there's a problem - Canary 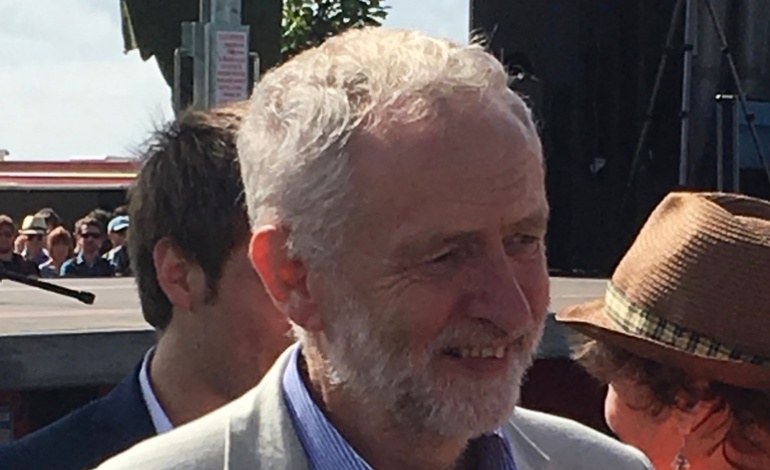 According to a new report, Labour could be facing [pdf] its worst general election defeat since the 1930s. This analysis shows the party could get just 20% of the vote and win less than 150 seats. But several problems with the report may mean it’s not the doom and gloom predicted.

Firstly, this is analysis by The Fabian Society. And it is important to remember that 15 shadow secretaries of state and nine shadow ministers who resigned from Corbyn’s opposition cabinet were affiliated to or involved with the Fabian Society.

And while this fact doesn’t discredit the research in itself, it is important to bear in mind where it is coming from. As Nafeez Ahmed wrote for The Canary in 2016:

The Fabian Society was a major force in establishing the intellectual basis of New Labour under Blair’s premiership and has remained closely aligned to Blair’s supporters in the party.

So it is perhaps not remarkable that this thinktank would like us to believe that, under Corbyn, Labour is facing its worst election results since the 1930s. It is also unsurprising that it thinks [pdf] that the answer to Labour’s problems is to:

become the party of this cultural ‘middle’. Tony Blair once tried to own the ‘centre ground’ of the left-right economic axis. Now the party’s goal must be to dominate the centre of the newly dominant social/cultural axis that runs between Blair’s liberal internationalism and Trump’s social authoritarianism.

The predictions are made [pdf] by extrapolating data from various polls. The starting point of the analysis is that:

Approaching half the people who voted Labour in 2015 no longer support the party.

This is based [pdf] on a methodology of calculating:

The methodology then notes [pdf] that:

The Fabian Society’s estimate for the number of voters supporting each party (in 2015 and today) was calculated by scaling up the weighted number of YouGov respondents who said they voted for the four main GB parties in 2015, to match the number of actual votes cast for those parties. There are limitations to this methodology, but these impact the results for all the parties.

So this means that:

4 million people who voted for the party in 2015 (44 per cent) would not vote Labour today.

But this statement is immediately contradicted in the following sentence:

Some of this group have switched their allegiance to other parties, but more than half say they are undecided or would not vote.

In other words, over 2 million of these people haven’t made up their minds who they are voting for. It is unknown. And they could therefore still be Labour voters.

The problem with polls

Firstly, as the last two years have shown, polls are not always to be trusted. Whether it was David Cameron’s 2015 victory, the Brexit vote, or Donald Trump’s electoral win, reliance on polls is looking increasingly shaky.

And it is interesting to note that the analysis does not include the surge in Labour membership following both of Corbyn’s leadership battles. The Labour Party in the UK now has the biggest membership of any western European political party.

But even if the polls are to be believed, there is also no reflection in the analysis about what effect the coup, orchestrated by many supporters of the Fabian Society, had on the popularity of the Labour Party. The resignation of senior ministers and internal battles are never going to be the basis for winning elections.

There will be many trials and tests for Labour in the weeks, months and years ahead. These include the forthcoming by-election in Copeland in West Cumbria, where anti-Corbyn MP Jamie Reed resigned days before Christmas. And as the report points out, how Labour positions itself on Brexit could also be crucial. There is also the question of whether those in the Parliamentary Labour Party finally accept Corbyn’s leadership rather than fostering further divisions and coups.

But with an increased membership and a drive to do things differently, Labour does not seem to be as “stuck” as this report suggests. And it is far too early to write Corbyn’s party off with doom and gloom prophecies just yet. Especially when this analysis comes from an organisation that has remained so closely aligned to Tony Blair’s supporters in the party.

– Support The Canary and help us continue our work.