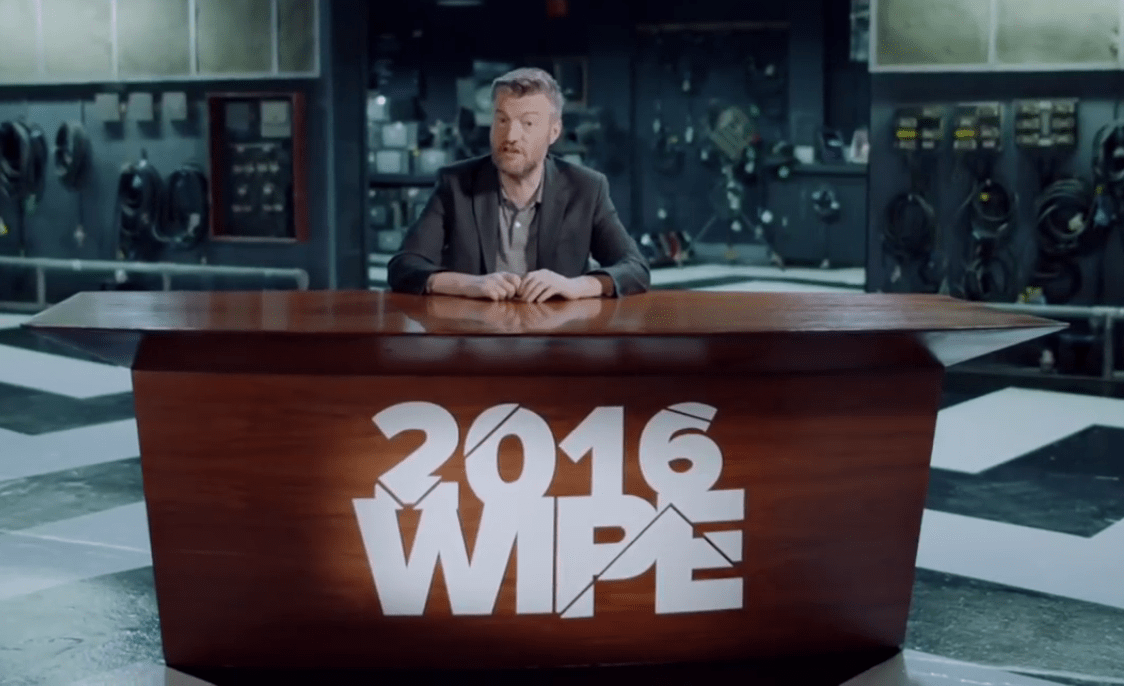 Charlie Brooker’s 2016 Wipe descended into a hatchet job on Jeremy Corbyn in its section on the Labour leadership election. The tipping point came when the Black Mirror creator suggested that Corbyn presides over racism in the Labour Party.

After Brooker showed a clip of Corbyn being unable to recognise TV presenters Ant and Dec, he joked:

If you think that’s tough, try getting him to recognise Ant n’ semitism

To those familiar with the Labour leader’s lifelong anti-racism campaigning, this moment was especially unfair. The quip cements a fabricated smear campaign from media pundits, the pro-Israel lobby, Conservative MPs, and Blairites who all have a common enemy: Corbyn. But this is not a conspiracy theory. Elites do not have to collude to come up with or adopt the same ideas. Especially if these ideas are paraded in the mainstream media. In this instance, the mutually adopted theme is to associate Corbyn with antisemitism and other forms of discrimination.

Contrary to these claims from elites, Corbyn’s anti-discrimination goes back to his roots. In what supporters view as a testament to such anti-racism, the Labour leader was arrested for protesting against apartheid in South Africa. He also fought for LGBTQ+ rights at a time when it was far from mainstream and when many considered it ‘loony’.

Despite Corbyn’s staunch opposition to discrimination, however, Brooker still felt it was appropriate to peddle the smear to make a pun.

‘It’s only a joke, they take the piss out of everyone’

In Brooker’s annual review, numerous politicians are the brunt of jokes. The show’s coverage of the Conservative leadership election (or lack of election) targeted the potential candidates who dropped out, like Boris Johnson and Michael Gove. But jokes at Theresa May’s expense were noticeably absent. Despite the open goal that we now have an unelected prime minister in a supposedly democratic country.

It’s a similar story for the show’s coverage of the US presidential race. While Trump was rightly ridiculed, establishment favourite Hillary Clinton came out unscathed. Even though there’s buckets of ammunition on that front.

The anti-Corbyn section was strong

In the 2016 Wipe, it was not only the antisemitism smear campaign that was peddled against Corbyn. ‘Traingate’ also featured, where Virgin released a video attempting to prove that Corbyn lied about not being able to find a seat on a Virgin train. Fellow passengers have since debunked the claim, as has a closer look at the footage. Corbyn’s policy of renationalising the railways, of course, would stop Richard Branson’s Virgin Trains profits in their tracks.

Brooker told The Canary that the BBC has no influence over the topics covered on the yearly wipe. He also joked:

We originally planned a 25min pro-Corbyn musical number but our shadowy Blairite handlers insisted we scrap it.

But no one is asking political items to be ‘pro-Corbyn’. Just that they reflect reality.

Satire should challenge claims in the mainstream media and make pertinent points through comedy. Instead, Brooker’s 2016 Wipe got fully behind the smear campaigns against Corbyn. The satirical show talks politics to millions of people. So it has a responsibility. But it appears to have squandered that responsibility this year.

You can view the antisemitism ‘joke’, the Labour leadership section, and the full 2016 wipe here: