A student lifts the lid on her experience of racism at Bristol University, and it's dire - Canary 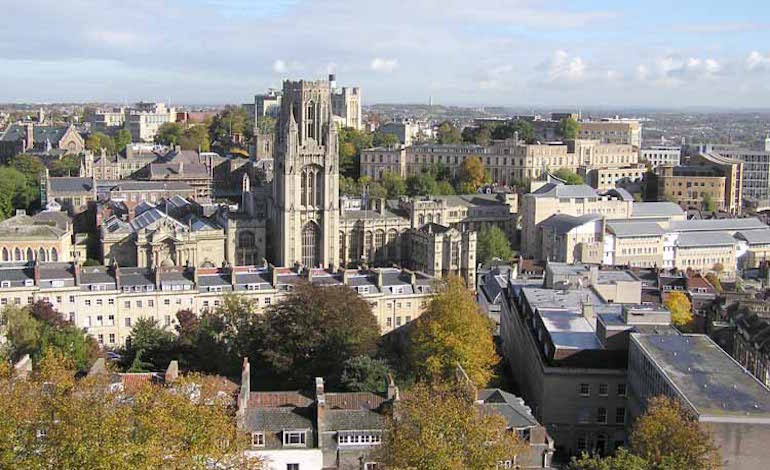 Three students from Bristol University have spoken to student newspaper The Tab about their experiences of racism. And one student – Kelly (not her real name) – recounted a particularly horrific incident.

It was on a Friday night with my friend, waiting to be let in to another friend’s place for pre-drinks. A bunch of young white guys who were walking towards us started making monkey noises. They continued to do so as they walked past us, laughing their heads off.

I’m black, and my friend is also black. This was racism pure and simple. I unequivocally believe that these men were University of Bristol students…

The worst part of it all was the one white guy lagging behind who laughingly apologised on behalf of his friends. Like he wasn’t as racist as them all?

And she’s not alone. A group of Bristol students called another student, Timi (not his real name), a series of monkey-related names on Twitter, such as Bobo, Bubbles, and ‘Sh*t flinger’. The group also added Timi to a WhatsApp conversation and sent him a picture of a monkey-based Pokemon from Pokemon Go.

If that wasn’t bad enough, the men also sent Timi a video, in which they recorded themselves chanting “Timi Ariyo, he swings where he wants”, followed by gorilla noises.

A spokesperson for the University of Bristol, which has recently established a steering group to actively monitor and act on any forms of discrimination at the university, said:

There is no place for racism at the University of Bristol. We have a zero tolerance approach to any kind of hate crime and there are clear policies and procedures in place to deal with incidents of this nature. We would urge anyone who has experienced such behaviour to seek support from an appropriate member of staff.

We have no reason to believe there is a wider problem at the University. We have received no complaints about racist behaviour by our students through our formal Unacceptable Behaviour procedure in the past three years and we have only disciplined one student for misconduct involving racism during this time.

But racism and hate crimes are on the rise across Britain, and not just in universities.

Thomas Conington, 28, pleaded guilty to a petrol bomb attack on the Central Mosque in Edinburgh in September 2016. He had previously set fire to the mosque in July 2015. And in July 2016, another mosque was vandalised in Somerset.

More recently, a stranger assaulted and spat on a Muslim woman at a restaurant in Hammersmith, London. The woman, Nahella Ashraf, 46, said she’d had bigotry directed at her in the past: “I’ve had people walk past me and shout abuse”.

And last month, two men dragged a young Muslim woman along the ground by her headscarf. A witness said, “two white men were trying to take off her scarf”. Another witness noted she was left traumatised by the assault: “She was having a panic attack… and could barely breathe.”

A Jewish couple, meanwhile, discovered antisemitic graffiti in Ealing, London. Members of the public spotted the same image of a star of David hanging from a hangman-style pole outside West Ealing station on 1 July 2016. And the very next day, more antisemitic graffiti appeared.

And these are just a handful of incidents in a rising tide. As previously reported by The Canary, figures showed a 41% rise in religious and ethnically motivated crimes in July 2016 compared to the previous year. The Equality and Human Rights Commission (EHRC) has also warned of a surge in hate crimes against EU citizens in the UK following the triggering of Article 50 later this year.

Whatever kind of Brexit we end up having, one thing’s for sure. It’s going to be a hard few years ahead for a lot of people in the UK.

– If you’ve been a victim of a hate crime, get support here.