Theresa May tells the nation it's 'Time to Talk', then 'shuts down' a helpline for survivors [VIDEO] - The Canary 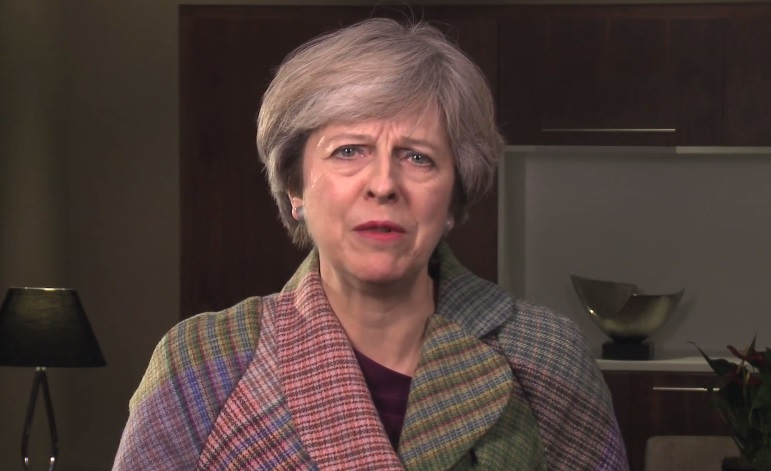 Thursday 2 February was Time to Talk Day, an initiative aimed at ending mental health discrimination. Prime Minister Theresa May released a short video to commend the appeal and, agreeing with its motto this year, explained that “conversations change lives”.

Labour MP Sarah Champion says the helpline is due to shut in March after the government cut its funding. And Greening refused to rule out its closure. So May’s government might bring the conversations that could change the lives of these survivors to an abrupt halt.

Champion, the MP for Rotherham, raised the issue with Greening. She said:

Some 20% of 13- to 21-year-olds have had unwanted pornographic images sent to them, and 5% of them have had indecent images shared without their consent.

Greening’s answer was that there had been no announcement yet.

In six months, the helpline had received over 1,800 calls. Then Minister for Women and Equalities Nicky Morgan said at the time:

This helpline is helping hundreds of people by signposting them to support and offering advice on how to remove this content. We have also brought in new laws to make revenge pornography illegal. But this is just the start and we must continue to tackle this despicable crime.

But it seems the government is not as dedicated to tackling “this despicable crime” as Morgan suggested. Because The Guardian reports that talks have been ongoing for months between the government and the helpline about its future funding. Yet it has been running for just under two years.

And the need for the helpline shows no sign of waning. It has received 2,500 calls over the last year, according to The Guardian. Meanwhile, the Director of Public Prosecutions claims revenge porn’s recognition as a crime is contributing to a record number of prosecutions for violence against women and girls.

In some areas, it is a crime that has affected girls as young as 13. And LGBT people are four times more likely to be survivors of it.

Time to Talk Day aims to create the conditions in which people are free to talk about mental health issues and find support for them. And May is right to applaud that goal. But it is also imperative that survivors of sexual violence, who may also develop mental health issues as a result of those crimes, have avenues through which they can talk to others, and receive support.

It seems that, while May supports the UK starting a conversation on mental health, her government is on the precipice of closing down the conversation it controls on this “despicable crime”.

That’s no way to lead by example.

– Write to your MP to share your thoughts on these cuts.

– Read more about this issue at End Violence Against Women.