Why Trump's 'war with the media' is leaving out Rupert Murdoch's Fox News, for now - The Canary 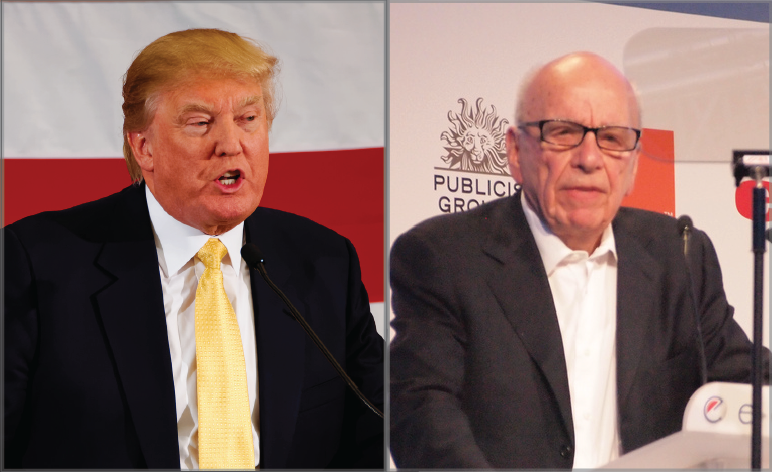 President Trump has openly claimed to be at “war with the media”. But there’s one outlet in particular that Trump has warmed to, and that outlet is Rupert Murdoch’s Fox News.

Congratulations to @FoxNews for being number one in inauguration ratings. They were many times higher than FAKE NEWS @CNN – public is smart!

Yes, that Rupert Murdoch. The same media mogul who owns The Sun, The Times, and the disgraced News of the World. The same empire that has helped to determine the fate of both Australian and British political parties in the past. 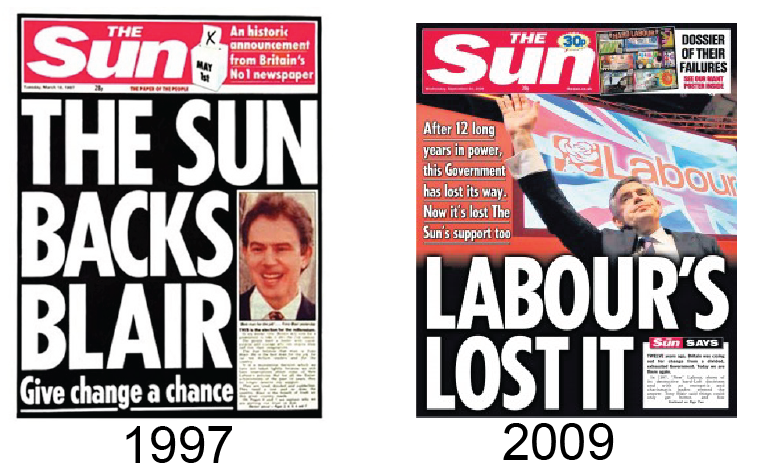 And while the budding relationship between Trump and Fox News is not yet set in stone, it is still very worrying.

Before Trump declared his intention of running for the presidency, he was a weekly guest on a Fox News morning show. But during his presidential campaign, the outlet appeared reluctant to support him wholeheartedly. This was most noticeable in the ‘feud’ between Trump and Fox News‘s Megyn Kelly. A feud which saw tough questions from Kelly like:

You’ve called women you don’t like ‘fat pigs,’ ‘dogs,’ ‘slobs,’ and ‘disgusting animals… Does that sound to you like the temperament of a man we should elect as president? And how will you answer the charge from Hillary Clinton… that you are part of the war on women?

These exchanges led to Trump making crude statements, like when he told CNN:

And Kelly’s tough stance may have come from the top. New York Magazine wrote:

according to one high-level Fox source, it was Murdoch himself who directed Kelly to hammer Trump during the debut GOP debate, in Cleveland, that sparked the feud in the first place. “Rupert told her to do that,” the source said.

Initial differences of opinion between Murdoch and Trump

In fact, Murdoch himself openly criticised his long-time friend before he became President. In July 2015, the media mogul tweeted (surprisingly, given his apparent opposition to open borders):

Mexican immigrants, as with all immigrants, have much lower crime rates than native born. Eg El Paso safest city in U.S. Trump wrong.

He then asked “When is Donald Trump going to stop embarrassing his friends, let alone the whole country?” And in December 2015, he said “Donald Trump seems to be getting even more thin skinned!”

Murdoch’s doubts about Trump perhaps arose from the billionaire’s protectionist promises. The idea that the US should buy American and hire American. The idea that other countries benefiting in any way from a trade deal with the US is a sign that the US is doing badly. And the idea that the current world order has disadvantaged the US, despite overwhelming evidence to the contrary.

It’s perhaps unsurprising that Murdoch, born in Australia and in charge of a global media empire, would oppose such a hard line on globalisation.

In spite of their differences of opinion, however, Murdoch knew early on why many Americans liked Trump, such as income problems and “widespread public anger“.

When it became clear that Trump was the Republican front-runner, Murdoch quickly switched to outright support for his old friend. Perhaps unsurprisingly given that Murdoch has a reputation in the UK and Australia for supporting winners and ‘choosing’ prime ministers. A reputation that Trump’s main rival for the Republican nomination, Ted Cruz, was all too aware of.

Murdoch and The Sun supported Margaret Thatcher, Tony Blair, David Cameron, and now Theresa May. And opposition from The Sun has proven to be a problem for several would-be prime ministers. Like Labour’s Ed Miliband, for example.

But Murdoch’s position in the US is less imposing. Fox News certainly didn’t back Obama to become President, and he sailed into the presidency regardless. Murdoch does have a reputation of being a kingmaker, however, within the Republican Party. And it would do his image no good to carry on supporting a losing candidate. Also, it would make little financial sense for him to oppose a popular right-wing figure like Trump. As New York Magazine wrote:

it’s clear Trump is good for business. According to one Fox News producer, the channel’s ratings dip whenever an anti-Trump segment airs. A Fox anchor told me that the message from Roger Ailes’s executives is they need to go easy on Trump. “It’s, ‘Make sure we don’t go after Trump,’” the anchor said. “We’ve thrown in the towel.”

The current support of Fox News and Murdoch for Trump is not necessarily unconditional. For example, Trump has attracted some light criticism from Bill O’Reilly, who is the host of The O’Reilly Factor on Fox News. But that may just be for the appearance of balance, as others at Fox News (like Sean Hannity) have defended even Trump’s most controversial policies.

President Trump is a man who values unfaltering loyalty. He has not only called critical media outlets “FAKE NEWS” in recent weeks, but he’s also slammed fellow Republicans for disagreeing with him. He was also allegedly unhappy with the performance of his press secretary Sean Spicer, even though Spicer had obeyed his order to lie about the size of his inauguration crowd.

At the moment, Murdoch and Fox News are in Trump’s favour. On 9 January, for example, Trump called Murdoch “a great guy” on Twitter. And it is becoming increasingly apparent that Trump is getting talking points from Fox News. But Trump is unpredictable, and that relationship could easily change with a bit too much criticism from Fox News.

So it seems Murdoch has a choice to make. Fox News can continue to show loyalty, supporting Trump and potentially tarnishing its brand forever. Or it can criticise him, and risk losing both viewers and influence in the White House (remember here that Murdoch isn’t fond of politicians he can’t influence).

For now, at least, it looks like Murdoch is going with option number one.