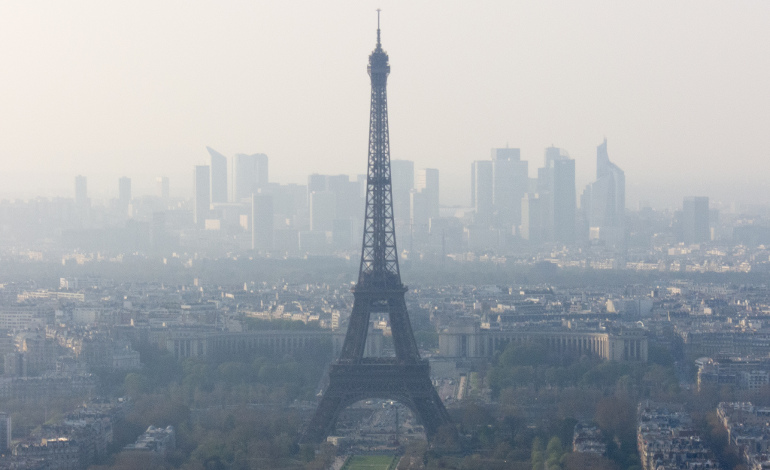 The latest European Environment Agency report indicates that air pollution is responsible for over 500,000 premature deaths [pdf, p9] in Europe every year. The problem is especially serious in cities, where concentrations of air pollutants are persistently high. Among the causes, the use of fossil fuels for transportation ranks high in the list.

To tackle the problem, European cities are starting to adopt measures to limit the impact of cars on air quality. Some of these measures focus on solving acute pollution problems, such as the introduction of emergency protocols for air pollution spikes. Others seek long-term solutions and imply a change in street design and higher restrictions for the most polluting vehicles.

At the end of 2015, the mayor of Paris, Anne Hidalgo, introduced emergency traffic bans on days of high pollution. The bans affect half of the vehicles, as access to the city is limited to odd- or even-numbered plates.

In December 2016, the emergency protocol had to be activated for three days in a row. To mitigate the impact, the city made the bicycle and electric car sharing schemes free during the bans.

In February 2016, Madrid created an emergency protocol [Spanish] that considers four different scenarios. The higher the air pollution is, the more severe the restrictions are.

Throughout 2016 Madrid had to enforce the ‘scenario 2’ protocol several times, reducing speed limits and restricting parking. And in December, the high levels of air pollution forced the mayor to activate ‘scenario 3’ for the first time. Similar to what happened in Paris, only cars with an even-numbered plate could access the city centre.

On the other side of the spectrum sits London. Although air pollution levels are currently extremely high, the city is doing next to nothing to tackle the problem. Just a few days ago, on 23 January, the city reached a ‘black alert’ level. However, as some have pointed out, the city’s response has not been to ban cars, but to encourage people to stay indoors.

Keeping the most pollutants out

Many cities are also taking measures to limit the circulation of the most polluting vehicles.

Paris, for example, is leading the way. From July 2016 cars built before 1997 can’t drive in the city centre between 8am and 8pm on weekdays.

And since January 2017, a similar ban applies to the most polluting vehicles, which are identified through a compulsory sticker that indicates the age and pollution level of the vehicle. Berlin has had a similar plan since 2008, and only allows vehicles that meet certain emission standards into its “environmental zone”, in the city centre.

The situation won’t get better for cars in the near future. At the last C40 Mayors Summit, Paris, Madrid, Athens and Mexico City agreed to ban all diesel vehicles by 2025. The idea is not new, and in fact Tokyo has enforced a similar ban since 2000.

While London did not subscribe to the ban, Mayor Sadiq Kahn has stated his intention to charge the dirtiest diesel cars in the near future.

Guests in the city

The trend in Europe is to reshape cities to ease the circulation of pedestrians and cyclists, while making the use of private cars less convenient. It follows the motto found in many Dutch cities, “auto te gast“, which means “cars are guests”. Madrid’s mayor, Manuela Carmena, has recently announced that by 2018 the Gran Via, one of the city’s landmark streets, will be pedestrianised.

And Barcelona has an even more ambitious plan. Mayor Ada Colau wants to divide the city into ‘superblocks‘, where the circulation of motor vehicles is restricted. By 2018, she expects to cut the space devoted to cars in the city by 60%.

In Paris, Hidalgo too wants to cut the number of cars by half. Her plans include extending the car-free zone, as well as transforming some car lanes into bike lanes.

London, which was a pioneer in putting restrictions on cars with its Congestion Charge, also has some interesting plans for the future. In 2019, Kahn wants to create an “Ultra-Low Emission Zone” in central London, where polluting vehicles will have to pay an extra fee.

Policies that create restrictions to cars are always met with a backlash. The beneficial effects of limiting the use of private vehicles take time to become evident.

Drivers have a point complaining. Private vehicles became a sort of fetish during the 20th century. In many places cars are still positively associated with the ideas of success, freedom, independence and adulthood, to name a few.

Cities have dramatically changed to adapt to cars. Places that were once deemed too distant from city centres became urbanised because people had cars to drive them there. As a consequence, cities sprawled. We gave up more and more of our space to make room for more cars.

But the situation has become unsustainable and it’s time to reverse the changes. We need to take our cities back, to make them more liveable. Our future depends on it. It’s as vital as the air we breathe. Literally.

– Read more about air pollution from The Canary.