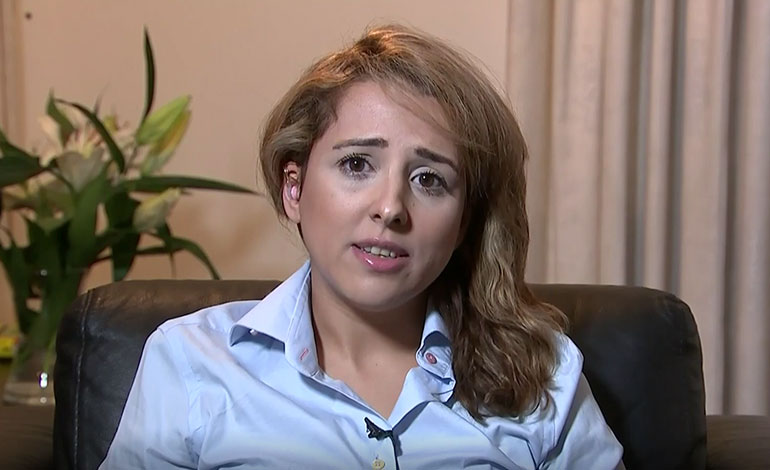 On 28 January, Donald Trump announced a ban on people from seven Muslim-majority countries entering the US. The ban affected those with green cards and even US residents returning home from foreign holidays.

It caused outrage across the world and resulted in hundreds of thousands of people being denied entry. And on 3 February, US federal judge Andre Birotte issued a temporary halt on the ban. But not before a renowned British doctor was denied entry to the US.

On 1 February, British national and NHS cardiologist Dr Abtehale Al-Hussaini arrived at Heathrow Airport. She was bound for a flight to Washington.

When she arrived at Heathrow, US immigration officials stopped her from boarding the flight. Despite being a British citizen with a full British passport, Al-Hussaini was denied entry. Officials told her “the rules have changed”.

On 2 February, Al-Hussaini came forward to speak about her experience on Channel 4 News. She said [0.45]:

I was denied to go onto the flight on the basis of the fact that I had a visa of Iraq in my passport.

Al-Hussaini explained to presenter Jon Snow that she was a regular flyer who travelled to the US at least once a year. She said officials weren’t clear why she was refused entry.

Do you think they picked you out because in some way they sense that you might not be a white British [person]?

I have to admit I certainly felt discriminated from that first minute I kind of arrived at the airport. I was trying to do an online check in the day before, this was with the United Airlines… As soon as I put in my name and my reference number, it kept on saying that I should go and check in at the kiosk.

She also revealed that, even before she made it to the check-in desk, she was approached by an official and asked to step aside. Her passport was then taken from her.

Despite having Iraqi ancestry, Al-Hussaini is a full British citizen. She has no other passport or nationality. She’s an accomplished NHS doctor and has been involved in groundbreaking research projects at the Leicester Cardiovascular Biomedical Research Unit.

While this recent development in the ‘ban’ is no more shocking than the first announcement, it suggests new ‘rules’ have been put in place to target people based on name and appearance. Discriminating against people based on their religion, appearance, name, or nationality should never be allowed.

United Airlines told Channel 4 News they do not disclose information on customers and Homeland Security was responsible for entry into the US.

While there have been previous attempts to block the ban by federal judges, these have been ignored by border agents. Likewise, Trump is happy to fire anyone who resists his plans – most notably Acting Attorney General Sally Yates. While Birotte’s new ruling is again a step in the right direction, there’s no certainty the ban will come to an end any time soon.