A shrinking Britain gives us a golden opportunity. And people were having fun with it all night [TWEETS] - Canary 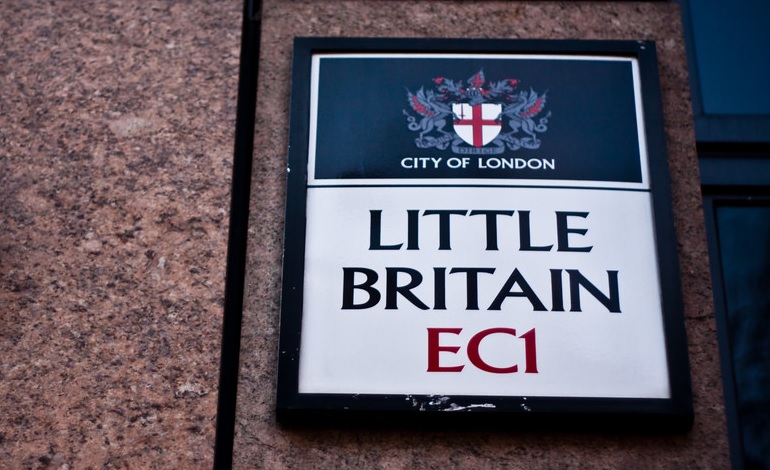 Now Scotland’s First Minister Nicola Sturgeon has confirmed another independence referendum is on the cards, Brexit Britain may shrink even further. But its people have seen the news as a golden opportunity. And they’ve been working on it all night.

Prior to Sturgeon’s announcement, a national election in Northern Ireland saw shock gains for republican party Sinn Féin. Those gains mean unionist parties no longer have the numbers to veto legislation. And it makes a Northern Ireland independence referendum more likely.

#SuggestANewNameForTheUK as it can't be called 'United' if Scotland or Northern Ireland leave.

And as Sinn Féin called for a Northern Ireland independence referendum and Leanne Wood said Wales should have an independence debate, this search for a new British identity spiralled quickly. One suggested sticking with Black’s theme, with a slight variation:

A name that’s been floating around for a few months aptly resurfaced, too:

What #Brexit voters will get is nothing like what they voted for. No access to single market, no £350m/wk for NHS etc. #BrexitMcBrexitface

Some suggestions, meanwhile, targeted the Tory government for its role in the UK’s demise:

#SuggestANewNameForTheUk Land of Dope and Tory

There was, however, one idea that people repeatedly offered up, in various forms:

Free United Crown Kingdom of England and Dominions.
Or FUCKED for short. #SuggestANewNameForTheUK

#suggestanewnamefortheuk
I favour "Formerly United Kingdom" not only because of FUK …
but also UKIP would have to have to become FUKIP.

Black claimed his initiative led some to call him unpatriotic. But most commentators seemed to welcome it, as the humour of the hunt provided some much-needed light relief:

Humour is our survival therapy in this Mess!

Nonetheless, we can never say never. Especially when Boaty McBoatface is alive and well. Granted, the Science Ministry didn’t bestow the name to the ship the public voted for. Instead, it called that the David Attenborough. But that ship is now accompanied by the Boaty McBoatface submarine. So we achieved a small victory after all.

And small victories are all we need, right? Given the tiny size Leavy McLeaveface is about to obtain.