As the Brexit bill descended into chaos, people made their opinions clear [VIDEO] - Canary 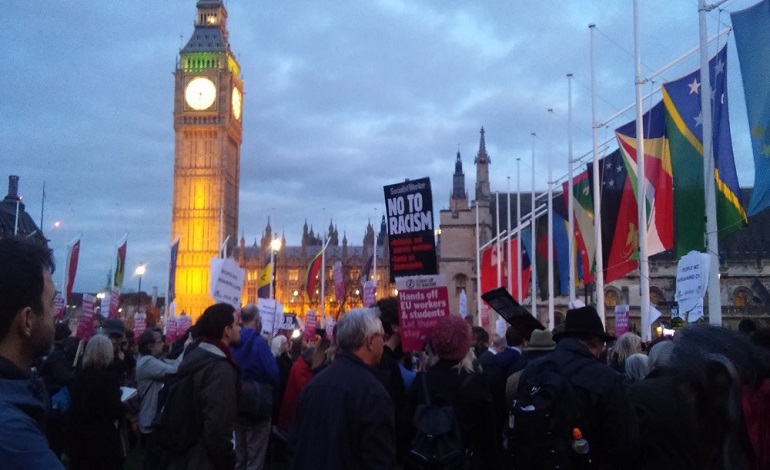 On Monday 13 March, parliament was a battleground both inside and out. Because as MPs debated the EU migrants’ amendment to the Brexit bill, the public were making their voices heard outside.

The National Union of Students (NUS), the People’s Assembly, and Momentum had organised an ’emergency’ demo to highlight the plight of EU migrants in the UK. This was while parliament was debating a House of Lords amendment to give EU migrants the right to remain in the UK after Brexit. Speakers at the demo included:

Shadow Chancellor John McDonnell also gave a rousing speech to the crowd. He said that he spoke as “the grandson of Irish migrants”, and that “whatever happens tonight, we maintain the campaign… to protect EU citizens here… We will not let these Tories divide us”.

But McDonnell’s words now ring true, as parliament voted down the amendment by 335 votes to 287.

Meanwhile, a small group of UKIP protesters had gathered on the opposite side of the road to the demo. While they were vocal, they made very little impact. And the crowds drowned out their voices, chanting: “Say it loud! Say it clear! UKIP are not welcome here!”: 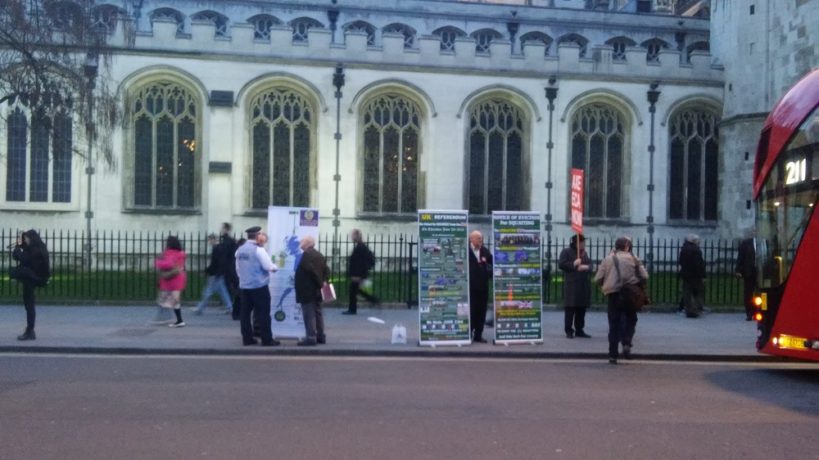 Abbott told the crowd that:

If they come for EU migrants in the morning, they’ll come for the rest of us in the afternoon.

Tsantekidou is a legal research graduate, originally from Greece. She told the demo:

When I was harassed in the street and told to ‘go home’, all I could say was ‘I am home’… We must work side-by-side and not be used as pawns in the political negotiations… Our lives are not bargaining chips.

Bouattia said there was “no such thing” as good or bad immigrants, adding:

We do not compromise on some borders. We say ‘no borders at all’.

Around 400 people had gathered opposite parliament for the demo. Members of the People’s Assembly, Momentum, the Socialist Workers’ Party (SWP), Stand Up To Racism, and others were out in force: 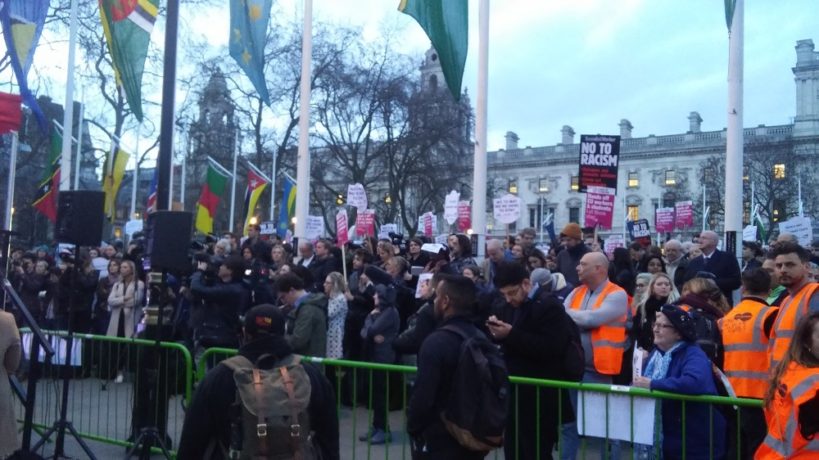 But also present were the grassroots campaign group Movement for Justice (MfJ). It opposes Brexit outright, and fights for the rights of all foreign-born nationals in the UK. As The Canary previously reported, MfJ highlights the government policy of forcibly deporting foreign nationals, immigrants, refugees, and asylum seekers using secret charter flights: 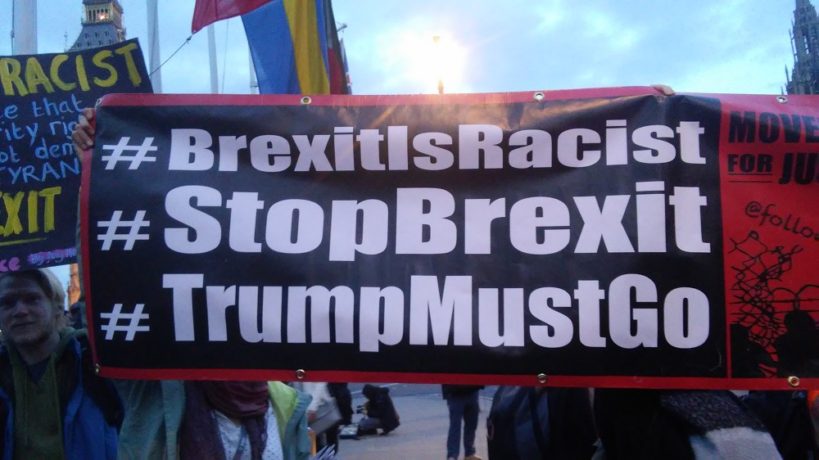 Parliament’s voting down of the EU immigrants amendment, plus the other amendment on a “meaningful” debate on the detail of the Brexit bill, means the government could trigger Article 50 within days. And with it steamrollering through any parliamentary challenges, it may sadly take a lot more than a few hundred people protesting outside Westminster to stop the Tories and their shambolic Brexit.