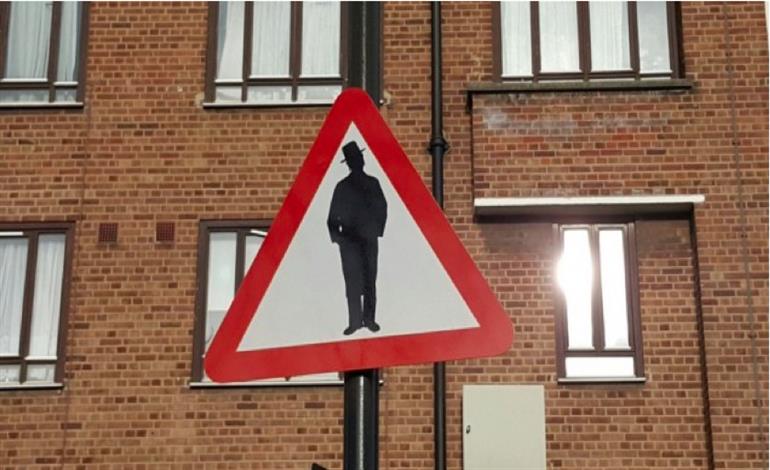 A large Jewish community in London woke up this week to find that a racist sign, ‘warning’ of the presence of Jewish people, had been placed near its synagogue. An ‘artist’ has now claimed responsibility, and said he didn’t intend to cause concern with the sign. But there’s a good reason no one is laughing.

Antisemitism and ‘Beware of Jews’ signs 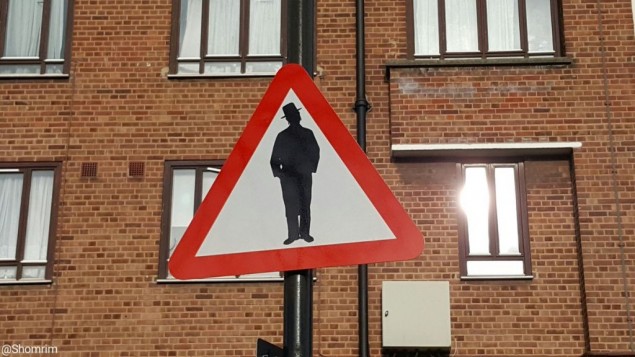 The sign appeared on a lamp post in Stamford Hill, near a synagogue on Clapton Common. As Jewish News reports:

the image depicted a man in Orthodox dress within a triangular sign with a red outline that traditionally denotes danger in British road signs.

Shomrim have reported the sign to police and the local Council. Hackney MP Diane Abbott called it ‘disgusting’ and ‘unacceptable’, whilst Tottenham MP David Lammy wrote: ‘Despicable, nasty behaviour that has absolutely no place in our community.’

All in the name of art

All this came as a complete surprise, according to the artist responsible. Freelance photographer Franck Allais said he was entirely shocked by the reaction to his sign, telling The Guardian:

It was a project about crossing the road… how everyone is different, everyone has an identity. There is not only one sign in the street. I put more signs up in the street, but only this one got noticed. I am sorry for any offence caused.

But if we place the sign in context, it’s easy to understand why no one is laughing about the incident.

The sign appeared amid a staggering rise in antisemitic hate crimes in recent years. In just the opening months of this year, such attacks have included:

The Community Security Trust, a charity which monitors antisemitism, reported its highest ever number of antisemitic hate crimes in 2016. They recorded more than three reported hate crimes for every single day of the year.

The rise in racism

The Jewish population of the UK is not alone in facing higher incidents of abuse and violence. According to figures released by the Home Office, hate crimes shot up 41% in 2016. This was on the back of a 19% rise in 2015.

Of the 62,518 hate crimes committed last year, more than three quarters were racist. The next most vulnerable group was the gay community, which fell victim to 12% of all recorded hate crime. 7% of attacks were perpetrated against religious groups, and disabled and transgender victims made up 1% each. This means that, in 2016, people driven by racism, homophobia and other forms of bigotry committed an average of 171 hate crimes every day. 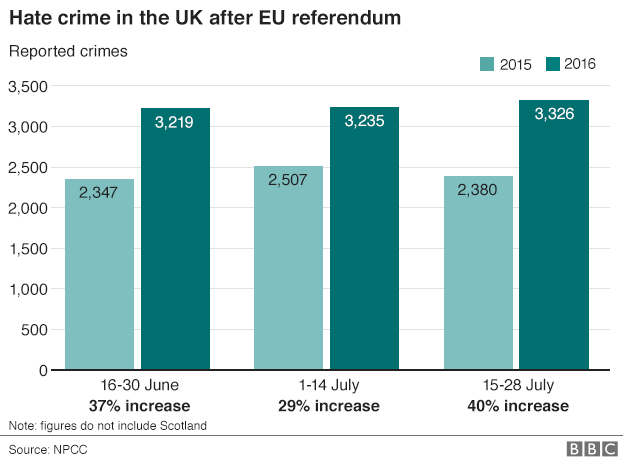 But things aren’t looking any better in 2017. Political parties and irresponsible media outlets are stoking the fires of bigotry in Britain. And minority groups are paying the price. So no, they don’t have much space in their hearts to laugh off ridiculous stunts like this.

– Support the work of Hope Not Hate here.