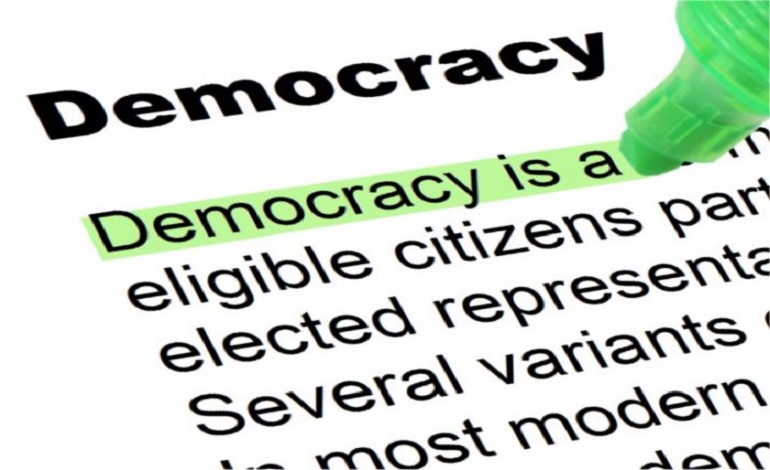 With alleged Tory election fraud returning to the headlines, another contentious issue relating to parliamentary democracy is now back on the agenda. And for once, it’s got agreement from all sides of the political spectrum.

But it still needs the public to fully back it.

Past its sell-by date

A government petition by the campaign group Make Votes Matter (MVM) has got over 100,000 signatures. And parliament has to consider debating petitions once they reach that level of support.

The petition is calling for a debate on how we vote in elections. Currently, the UK uses a First Past the Post (FPTP) voting system in general elections. But MVM want us to change to Proportional Representation (PR). They argue that switching to PR would give a more balanced parliamentary make-up. This is because smaller parties would have a fairer shot at getting MPs elected. And MVM told The Canary that FPTP is past its sell-by date:

FPTP distorts the decision made by the voters so severely that it can barely be described as democratic. We simply do not have a parliament that reflects how people voted. The Conservative Party currently has a majority in Parliament and effectively 100% of the power. But it only got 36.9% of the national vote in 2015. This is the lowest share of the vote received by any parliamentary majority government among the OECD nations.

At the same time, the Greens, Lib Dems and UKIP got 24.4% of the vote between them. But now share just 1.5% of seats between them. That’s a quarter of voters virtually excluded – not only from government, but from holding government to account.

Power for the few

Critics of FPTP say it produces “minority governments”. And the fact that the Tories only got 24% of the electorate to vote for them in 2015 adds weight to this argument:

And as the Electoral Reform Society tweeted after the 2015 general election:

As of 11am, here's how many votes on average it took to elect an MP:

PR is different. There’s two options that are discussed for use in Westminster, which are already used in the devolved assemblies and parliaments of the UK and which keep a constituency link: the Single Transferable Vote (STV) and the Additional Member System (also known as Mixed Member Proportionality):

MVM say it has a cross-party alliance on the subject:

We have a ‘PR Alliance‘ that anyone and any organisation can join by agreeing to the principles in our Declaration. MPs from John McDonnell, to Chuka Umunna, to Conservative MP Ben Howlett have signed up. And so have the Greens, Lib Dems, Plaid Cymru, SNP, Women’s Equality Party and UKIP. On the other hand, MPs from parties that benefit from FPTP are often strongly opposed to a fairer system. We have an interactive map of MPs’ support for PR. And we encourage constituents to lobby their local MP to find out where they stand. In fact, we’ll send a free MVM badge to anyone who can fill in a blank on the map!

MVM believes that the public would also back PR. It says that “every opinion poll on PR since the May 2015 general election has found overwhelming support for the principle of PR”. MVM says that when the public talk to its local groups they are “overwhelmingly positive”:

To a lot of people it is common sense that seats must match votes if an election is to be fair. Which is probably why around 80% of the world’s developed democracies use systems of PR.

Objectors could argue that the public already had a chance to change the voting system. Because the country had a referendum on the ‘Alternative Vote’ (AV) method in 2011, and it overwhelmingly rejected it. MVM, though, say the public was essentially denied a proper vote on AV:

AV is not PR. In fact, it is often less proportional the FPTP. And analysis by the Electoral Reform Society indicates that it would have delivered an even larger Conservative majority in 2015. It’s not surprising there was so little enthusiasm for the change on offer. The reason such poor options were on the table, incidentally, is that MPs – including Theresa May and most of the present Cabinet – actively denied the British people a say on PR when they voted down Caroline Lucas’ amendment to the AV Referendum Bill. The amendment would have included two genuine proportional systems as options on the ballot paper.

Tory rule for ever more

As Consented reported, if voters had been using the D’hondt method in 2015, the make-up of MPs would’ve been:

And it also said:

19 million of us backed losing candidates (63% of voters). 322 MP’s got less than 50% of the vote. 382 constituencies (59%) are classed as “safe seats”. And the Conservatives are already muttering about ushering into law boundary changes which [could] ensure right-wing governments for decades…

MVM is hoping that now the petition has got 100,000 signatures, parliament will hold a debate on PR. It also says that it will hold a “demonstration” outside parliament on the Saturday before the debate, because:

The change we are seeking would mean a huge transfer of power from the few to the many. We can win, but only if people get out and show they are not going to be denied fair representation.

No matter what party you support it would seem logical that the voting system should be reformed. When the Conservatives can sweep to power on just 24% of the electorates say-so, then clearly the system is flawed. The challenge ironically will be that the same flawed system that elected the Tories will work against the public getting PR. As the government has a majority in parliament. But MVM are confident that, with enough pressure, things can change:

PR is not a silver bullet. But evidence shows we will struggle to fix the many problems we face without making Parliament reflect the voters. There is a compelling argument that introducing PR is the single most important thing we could change to make things in the UK better.

This article was updated at 12.10pm on 15 March to reflect a change. The reference to the D’hondt system of PR was removed and replaced with the Additional Member System.