George Osborne is now Editor of The Evening Standard. Corbyn's response is perfect. - The Canary 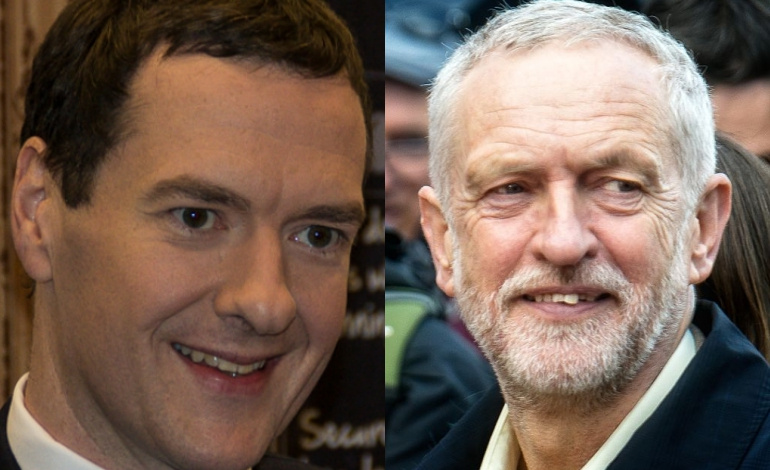 Former Chancellor George Osborne is to become the new editor of The Evening Standard. The MP, who hasn’t voted against the Conservatives on a major policy in 25 years, is now in charge of a newspaper with a daily readership of nearly two million. And he’s not resigning. He is keeping his job as MP. As well as, presumably, all the other lucrative work that makes him the highest paid out of all MPs. But Jeremy Corbyn’s response to the news was perfect.

I see George Osborne is a newspaper editor now. Perhaps I should have a crack at running the economy.

And the overwhelming feeling for many was that of utter shock:

My threshold for being shocked just rose a little more: George Osborne new Editor of Evening Standard. And it's not even fake news.

And others felt the need to check it wasn’t 1 April:

Just did a triple take. Then checked it wasn't April Fool's Day. But, no @George_Osborne is the new editor of @EveningStandard #NotFakeNews https://t.co/VRVpS8IJCU

But isn’t this a just reward for his glittering journalistic career?

Well, no. As was pretty quickly pointed out:

And it’s even led to him being trolled by Ed Miliband:

Breaking: I will shortly be announced as editor of Heat magazine….

But it was Corbyn’s response that best summed it up. He described the job as a “joke”, stating:

This is taking multi-tasking to a whole new level. Surely a newspaper like the Evening Standard deserves a full time editor.

Never mind one who is so obviously biased against the voting intentions of the vast majority of Londoners.

A spokesperson for Corbyn later added:

George Osborne’s appointment as editor of the Evening Standard is yet another example of the establishment revolving door, a closely knit clique who are holding back the British people.

The appointment makes a mockery of the independence of the media.

It takes multitasking to a new level and is an insult to the electors he is supposed to serve. We are looking forward to an early by-election so the people of Tatton are properly served in parliament.

Please, can this all be a joke?

Unfortunately not. The man who subjected the UK to years of austerity is now the editor of a newspaper. While still sitting as an MP. This is a man who raked in an eye-watering £786,450 from giving speeches between September 2016 and January 2017. And he is set to earn a further £650,000 a year for working four days a month, starting in February 2017.

But there are other important questions. And the biggest of those is media bias. The Evening Standard has a daily readership of nearly two million. And now, an MP who hasn’t voted against the Conservatives on a major policy in 25 years is in charge of it. All at a time when the government is facing a series of major scandals, such as the election fraud saga.

And Osborne’s constituents in Tatton must be wondering how their MP can represent their interests with all his other jobs.

If Osborne wants a job in journalism, then that’s his choice. But it is not acceptable that he does so while sitting as an MP. It is a clear conflict of interest. Both in his political loyalties and in being able to represent his constituency. And if he doesn’t have time or interest to continue his parliamentary work, he should resign. Immediately.

– Stand up to corporate media bias. Play your part in the ongoing media revolution by reading and supporting the work of independent outlets which truly seek to hold the powerful to account. Please add more that you like in the comments: