No one can quite believe Theresa May's column in The Times today. Is she just trolling us now? [IMAGE] - Canary 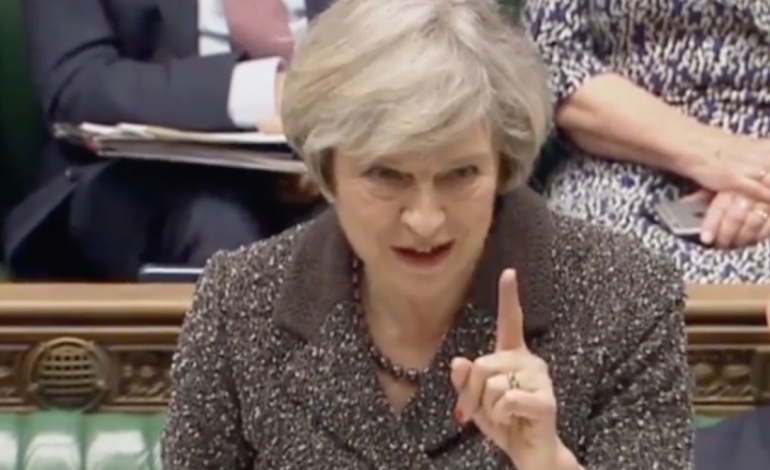 Theresa May has written a column [paywall] for The Times in which she rails against a second independence referendum in Scotland. But canny readers spotted a problem in the column which, once noticed, can’t really be unseen.

A message from May

The Prime Minister (PM) lays out her argument against Scotland holding an independence referendum. And it seems familiar somehow:

But she appears to have confused the proposed Scottish independence referendum with the Brexit vote enacted by her own government. The audacity of such a blatant contradiction was not lost on readers: 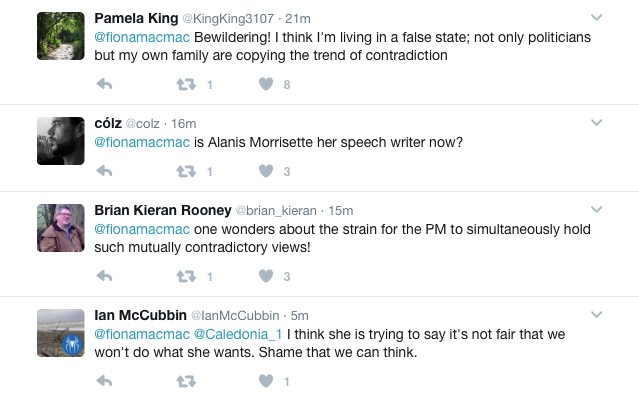 But May didn’t stop there. She went on to argue that Britain wouldn’t know its plan for Brexit until as late as 2019. As the PM has already received Royal Assent for triggering Article 50 (the two-year countdown to exit the EU), this is blatantly false.

This bizarre column appears to back up the arguments put forward by Scottish First Minister Nicola Sturgeon earlier this week. Interviewed by Channel 4 News, Sturgeon claimed that May had been inconsistent and intransigent on a whole UK Brexit deal. And that this had forced her hand in declaring a second vote for Scottish independence:

But the left-wing Brexit of greater democracy and protection from radical neoliberal austerity is never going to happen under this current government. May’s Brexit is about quite the opposite. The PM is more interested in dismantling hard-won rights. And cutting the taxes paid by wealthy individuals and corporations.

In order to protect Britain from the losses associated with leaving the single market, May’s government has confirmed it would turn Britain into a tax haven – cutting corporation taxes radically to attract business. May is also committed to withdrawing Britain from the European Convention on Human Rights, and has steadfastly refused to guarantee working people’s rights after Brexit. The rights that ensure us all a minimum wage, maximum hours, and safe workplaces. The ones that all but ended sweatshop/workhouse conditions in the UK. Yet these rights may well end up on the chopping block as May courts corporations to stay in the country.

Who on earth could blame Scotland – which saw this coming and voted against it – for hopping in a lifeboat rather than going down with this ship?

We have to get real about the state we are in. The Brexit designed by our Conservative government is a scam. Dressed up as a reverse gear on globalisation and austerity economics, it is actually an acceleration of the neoliberal project to rid Britain of the public services, welfare state, rights and liberties that make it a social democracy. It could cost us every progressive right, liberty, welfare and public service we built together since the Second World War.

Isn’t arguing against Brexit a betrayal of those 52% of referendum voters who chose Leave? Well, no.

If Scotland doesn’t want to drink from that poisoned chalice, so be it.