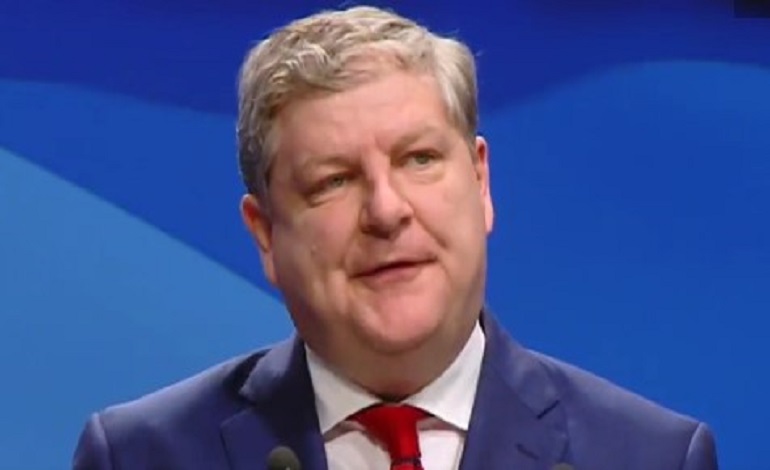 The SNP spring conference kicked off in Aberdeen on Friday 17 March. And the party’s leader in the House of Commons, Angus Robertson MP, gave a barnstorming speech to a packed hall. His target? Naturally, it was Theresa May.

After a week which had seen the Prime Minister rebuff Scottish First Minister Nicola Sturgeon’s plans for a second independence referendum, Robertson was in no mood for May’s anti-independence interventions. Making his feelings clear, he told the SNP conference that the PM’s Brexit plans were:

He then accused May of “wagging her finger” at Scotland. And to rapturous applause, he launched a scathing attack on the PM:

Angus Robertson says that Theresa May treated Scotland like "naughty children who should shut up and sit on the naughty step" pic.twitter.com/TWETrPbjBV

When will the Conservative government listen?

Robertson was also adamant that Scotland “will have its referendum”:

The people of this country will have their choice. They will not be denied their say. Just in case some people in Whitehall aren’t listening: Scotland’s referendum is going to happen, and no UK Prime Minister… should dare to stand in the way of Scotland’s democracy.

He also said that, “if the PM refuses to engage on the terms of the referendum before Brexit takes place”, then:

she is effectively trying to block the people of Scotland having a choice over their future. That would be a democratic outrage. If Scotland can be ignored on an issue as important as our membership of the EU… then it’s clear that our voice and our interest can be ignored at any time, and on any issues.

He concluded by saying that Scotland will have their say on independence “before it’s too late to change course”.

If May didn’t already have a headache over the Scottish ‘issue’, she’ll certainly have a whopper of one after Robertson’s speech.

– Read more from The Canary about Brexit.