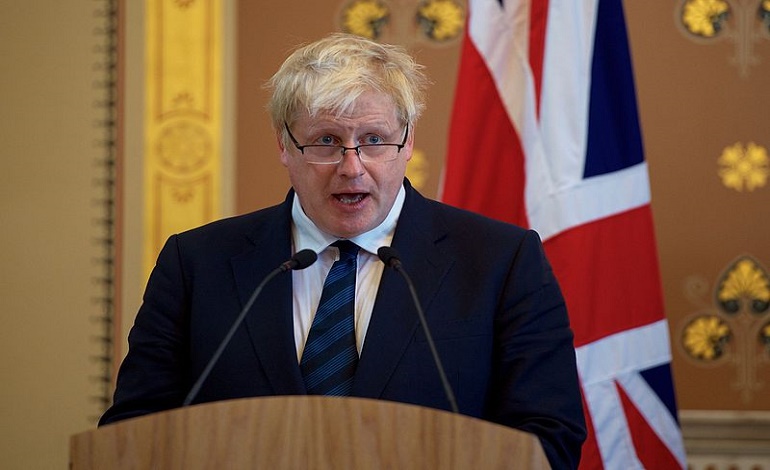 Boris Johnson has come in cheering for George Osborne’s new job as Editor of The London Evening Standard.

Brilliant appointment for Evening Standard and good for London hooray!

Russian oligarch Alexander Lebedev owns the Standard, alongside The Independent. Research from Goldsmiths and the Media Reform Coalition has shone a light on the outlet. The newspaper had already become a “mouthpiece for the Conservative Party” after its biased coverage of the 2016 mayoral battle, the study found.

How is that a brilliant appointment? What qualifies him to be editor of a daily paper? Help me understand the process!

Learning more about the study may indicate what qualifies Osborne. During Goldsmith’s mayoral campaign, the newspaper published 13 out of the 15 official press releases near verbatim as articles. Justin Schlosberg, chair of the Media Reform Coalition, accused the Standard of being:

systematically biased in the way that headlines and news stories were framed, selected and prioritised

The report [pdf] notes that London’s regional news is “extremely concentrated”, with the 8 million population served only by the Evening Standard. Comparing the coverage of both candidates in the mayoral election, the study summarised [pdf]:

Overall, articles focusing on one or both candidates were almost twice as likely to favour Goldsmith
over Khan, and Khan attracted twice as many negative headlines

‘Dressed up as objective’

While the majority of articles were neutral, those that exhibited the strongest bias in favour of Goldsmith were the most “prominent”. The bias was most overtly found in ‘news’ rather than ‘opinion’ pieces, leading the study to conclude [pdf]:

So perhaps the newspaper’s new appointment makes sense. Even if it’s surprising the organisation would be so blatant as to hire a high-profile sitting Conservative MP. Well, one can see why Boris would think it’s “brilliant” that a paper that systematically backed the Conservatives now has Osborne editing it. You could say it cuts out the middleman.

– Stand up to corporate media bias. Play your part in the ongoing media revolution by reading and supporting the work of independent outlets which truly seek to hold the powerful to account. Please add more that you like in the comments: