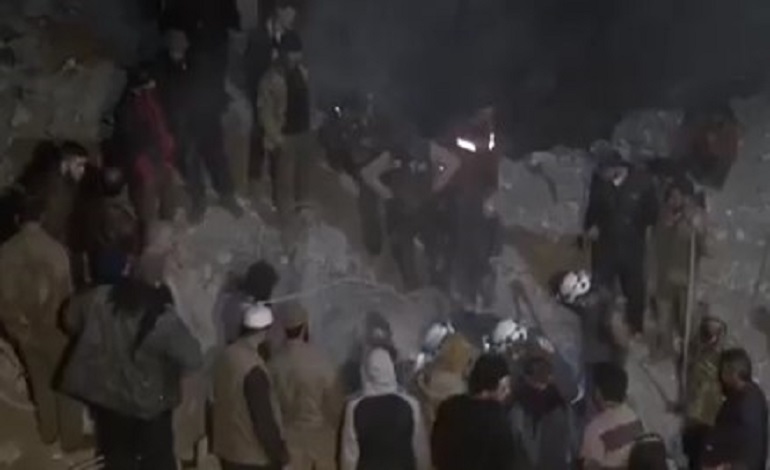 On Thursday 16 March, an airstrike on a mosque in Syria’s Aleppo province reportedly killed at least 42 civilians. But contrary to early reports, it was not a Russian or Syrian government attack. It was carried out by the US-led coalition.

US military chiefs claim the attack was targeting al-Qaeda rebels in nearby Idlib province. But at around 7pm-7.30pm local time, bombs fell about 50ft from the mosque in al-Jina, which was packed with 300 people observing evening prayers.

US defence department spokesman Captain Jeff Davis denied that US bombs had hit the mosque. But Middle East Eye reported that:

Major Josh Jacques told Airwars that its target in al-Jina was ‘assessed to be a meeting place for al-Qaeda, and we took the strike – it happened to be across the street from where there is a mosque’.

US Central Command, meanwhile, told Agence France-Presse (AFP) that “US forces conducted an air strike” on al-Qaeda, “killing several terrorists”. And it said it would “look into any allegations of civilian casualties”.

Investigative group Bellingcat claimed that evidence showing English lettering had been found at the scene. This, it asserted, shows the missiles used were US ‘Hellfire’ ones: 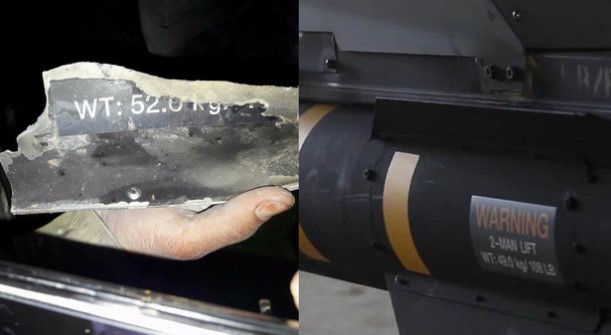 It also said that the geolocation of the strike had been confirmed to the al-Jina area.

Northern side of mosque has collapsed due to American airstrike, but largest part still standing. https://t.co/ak75roognl h/t @CT_operative pic.twitter.com/jM1CG2y8Ci

Abu Muhammed, a village resident, told AFP that he:

heard powerful explosions when the mosque was hit. It was right after prayers at a time when there are usually religious lessons for men in it. I saw 15 bodies and lots of body parts in the debris when I arrived. We couldn’t even recognise some of the bodies…

In January, the US was forced to admit the US-led coalition had killed at least 188 civilians so far in its Syrian and Iraqi bombing campaigns. And with this latest atrocity, the question of the West’s strategy in the Middle East has been brought sharply back into focus.