One George Osborne story won't be hitting the front pages tomorrow, but it really should - Canary 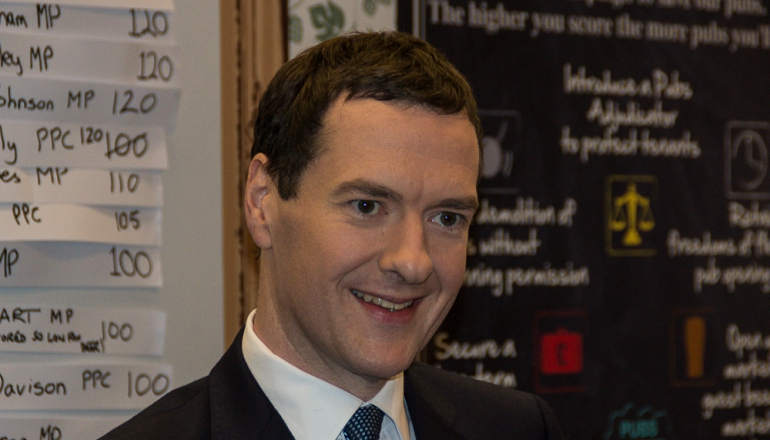 George Osborne’s new job as editor of The Evening Standard has been hitting the headlines. But there’s another important Osborne story that should be front-page news. After refusing to vote against a major Conservative policy issue for the past 25 years, the former Chancellor has finally spoken out against the government, showing just how abhorrent the Conservative government’s policy has become.

Osborne met with Education Secretary Justine Greening to voice his concerns about the new pupil funding formula. As The Canary previously reported, Greening announced a new funding formula for schools in December 2016. She claimed it meant 10,000 schools would receive extra funding. And that the government was replacing an “unfair, opaque and outdated” funding system.

Schools are fighting back

But schools across the country have been uniting against the plans. They claim they are already facing cuts which are leading to essential support services being cut and staff redundancies. And the new proposed formula is set to make things worse.

Hundreds of schools across East Sussex, West Sussex and Cornwall have written to parents and their MPs about the funding changes. The letter sent to Cornish MP Derek Thomas states:

The new funding formula only allows any school to increase its budget by 5.5%, at the same time unfunded cost pressures are rising by 8-10%.

It should also be noted that most schools in England will not benefit from a new funding formula arrangement. The independent Institute for Fiscal Studies has suggested that, in real terms, per pupil funding will decrease by 6.5% by 2019.

But why does Osborne care?

Like many Tory MPs, Osborne represents a rural constituency. And rural schools are bearing the brunt of the funding changes. According to analysis by the Times Educational Supplement, 40% of rural schools are set to lose money.

I wanted the Government to know directly how concerned local teachers and parents in Cheshire are about the new schools formula. There’s no substitute to giving the message direct to the Education Secretary – so that’s what I did.

I said when I met with local schools I would be a strong voice for them – and that’s what I will continue to do. My hope and expectation is that the message is getting through.

And it’s not just Osborne. A further nine Conservative MPs expressed their concerns directly to Theresa May. But it looks as though the combined pressure may force another embarrassing U-turn for the government.

The Prime Minister and the Secretary of State for Education have indicated very strongly that they are listening to the consultation, they will listen to what responses they get back, and I think knowing that they will have difficulty getting it through the House, they will have to alter it.

But the Department for Education previously defended its proposals to The Canary:

School funding is at its highest level on record, at more than £40 billion this year. We are protecting per pupil funding so where pupil numbers rise, the amount of money schools receive will increase. Under the proposed national schools funding formula, more than half of England’s schools will receive a cash boost. This will help to create a system that funds schools according to the needs of their pupils rather than their postcode.

And without a hint of irony that he used to be the man in charge of the economy, Osborne claimed:

Everyone knows we need a new formula and that there isn’t extra money lying around, but the money needs to be fairly distributed.

But the government has allocated £350m for new grammar schools. And the real cost is much higher. Sneaked out in the small print, £1bn is allocated to these new schools. All for what Jeremy Corbyn described as a “vanity project”. And this is all money that could go to existing schools to ease the pressure.

Our education system is in a mess. The Conservative government is running schools into the ground. And if even George Osborne has time to notice with all his other jobs, then things must be really bad.