You're not imagining it. The White House really did just share fake news [IMAGE] - Canary 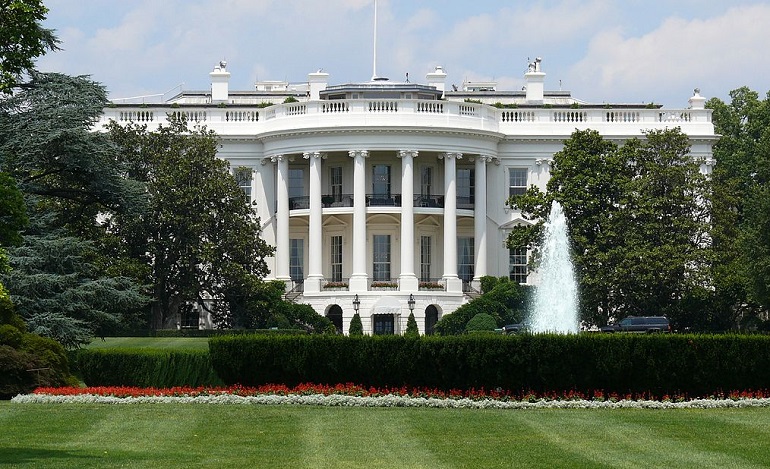 In a daily White House post on 17 March, the Trump Administration really messed up. It appears to have confused a piece of anti-Trump satire with a pro-Trump news article. And the mistake couldn’t have been more hilarious.

Just in case the White House realised its error, The Canary took this screenshot from the “1600 Daily” at 6pm (UK time) on 17 March:

The problem for the Trump Administration is that the Washington Post article mentioned above is actually a very sarcastic critique from Alexandra Petri; author of The Post‘s ‘ComPost‘ blog.

Petri’s post was titled Trump’s budget makes perfect sense and will fix America, and I will tell you why. So it’s easy to understand why the White House might have thought it was a positive piece of news. But anyone who reads it will quickly see that it is definitely not. The satirical article actually tears into Trump’s 16 March budget proposal (which Vice summed up with the real news headline Trump Wants Massive Budget Cuts for Basically Everything Besides the Military).

Unfortunately for the person who shared Petri’s article on behalf of the White House, it was a scathing tongue-in-cheek critique. And from the get-go, the message was crystal clear:

This budget will make America a lean, mean fighting machine with bulging, rippling muscles and not an ounce of fat. America has been weak and soft for too long. BUT HOW WILL I SURVIVE ON THIS BUDGET? you may be wondering. I AM A HUMAN CHILD, NOT A COSTLY FIGHTER JET. You may not survive, but that is because you are SOFT and WEAK, something this budget is designed to eliminate.

With the money we will save on these sad public servants, we will be able to buy lots of GUNS and F-35s and other cool things that go BOOM and POW and PEW PEW PEW.

All schoolchildren will be taught by an F-35 wearing a Make America Great Again hat.

We absolutely do not need this. Clean rivers and breathable air are making us SOFT and letting the Chinese and the Russians get the jump on us.

– The Chemical Safety Board:

Give us CHEMICAL DANGER, which sounds way more metal.

And to conclude, Petri says:

AMERICA WILL BE STRONGER THAN IT HAS EVER BEEN! Anyone who survives will be a gun covered in the fur of a rare mammal, capable of fighting disease with a single muscular flex… It will be great.

Had the White House not decided to share Petri’s piece, it may not have been shared around the world quite as much as it now has. And the world might not be laughing quite so much at just how ridiculously horrific Trump’s first budget really is.

So thank you, White House. The mistake was very much appreciated.