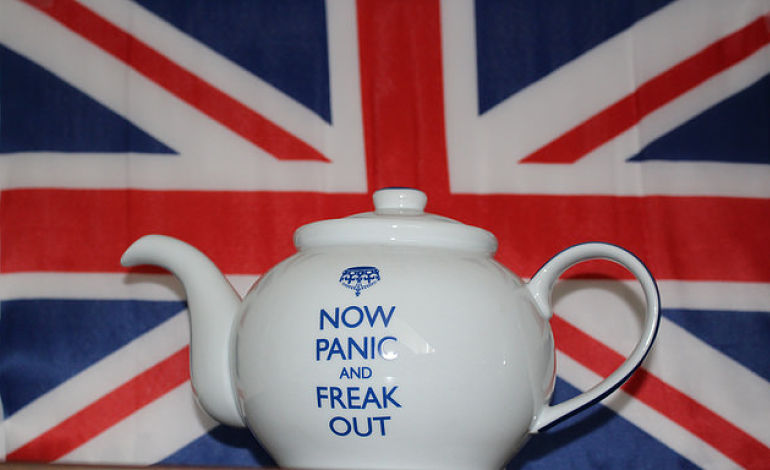 Theresa May has finally sent over her letter ‘divorcing’ Britain from its European partners. But while MPs stress over impending negotiations, the British public are penning their own ‘Brexit Day’ goodbye notes on Twitter.

Some were very dramatic:

Clearly dismayed that the day has finally come, some suggested that, in years to come, we will travel back in time to ‘undo’ this day:

Yup, that's me. You're probably wondering how I ended up in this situation.#BrexitDay pic.twitter.com/2FUTOr8OWJ

Others voted for Brexit and have been waiting for Brexit Day to come. But they still found some time for sensitivity:

Today your local Remonaster may feel miserable and depressed.

Make them a 'Happy Article 50' card to help cheer their day. pic.twitter.com/Ni9JscokpQ

Some just celebrated being English:

Some wrote their own letters:

And some were naturally sceptical about Britain’s negotiating power with the EU:

I've written the letter triggering Article 50 on the side of a bus. That way we can always deny we ever promised it. #brexiteve

But mostly, people just wanted to have a laugh:

what to call french toast after article 50

Although, in other cases, it was a nervous laugh:

He's been! I got bendy bananas and an increase in hate crime. What did Brexit Santa bring you?

In the future I'm not sure what David Cameron will be remembered more for, fucking a pig or fucking the U.K.

But then there was always the reasonable voice of ‘keep calm and carry on’:

And get by we will. Because, whether you want to leave or remain in the EU, the triggering of Article 50 now has to be a new chapter. It’s happening.

But what happens next matters a great deal. Economically, getting the right ‘deal’ for the UK. Ensuring that EU nationals who have lived, worked and made a life for themselves are protected. And guarding against the current government using the opportunity to sell off the British people’s rights.

It’s been no secret that May has been trying to replace the UK Human Rights Act. It’s been International Trade Secretary Liam Fox’s known vision for several years to ‘deregulate‘ the labour market. And campaigners have warned that the government could use the process to hand itself more power.

Brexit Day has indeed invoked some strong emotions. But it’s now time to keep a calm head and carry on holding the government to account.