People are actually sleeping in bins in Tory Britain. And it's only going to get worse. - The Canary 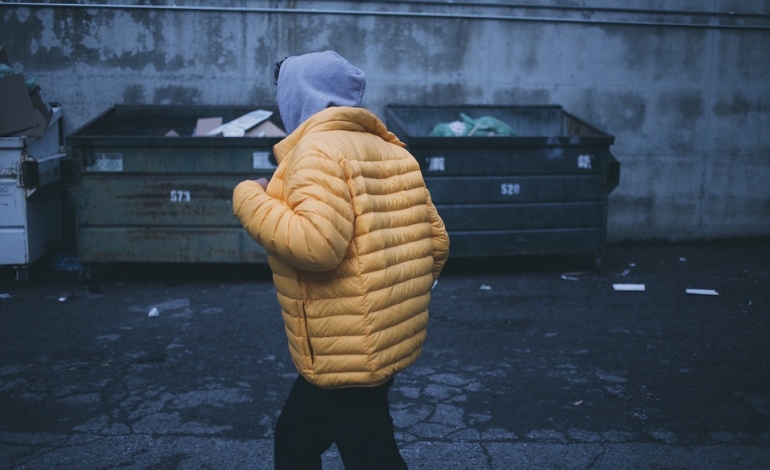 According to waste management firm Biffa, homeless people are risking their lives by sleeping in bins. In 2016, Biffa said they found 175 people in commercial bins. These people could be accidentally harmed or killed if refuse collectors don’t spot them. But the problem is set to get worse. Even more people are now at risk of becoming homeless, due to cuts to housing benefit for young people. More people may therefore be forced to risk their lives by sleeping in bins.

Mark Hall of Business Waste told The Big Issue he is “certain” that several hundred people are sleeping in bins on any given night. He added:

It’s terrifying for our staff to find somebody lurking inside on their early morning rounds, and they constantly worry if they’ve ever accidentally killed somebody.

And the Environmental Services Association (ESA) highlighted that at least 11 people have died since 2010 because they sought shelter in bins.

Young people get a raw deal

The government’s housing policies are facing increasing pressure from a variety of sources.

For example, actor Idris Elba slammed the government for scrapping housing benefit for under-21s. Charities have also pointed out that this cut will barely save any money. All it will do is force more young people to become homeless.

LGBTQ+ people will also be disproportionately affected. A 2015 survey published by the Albert Kennedy Trust found that a quarter of the young homeless population in the UK identify as lesbian, gay, bisexual or trans.

David Cameron planned for these cuts back in 2015. He even admitted previously that “some of these young people will genuinely have nowhere else to live”. He knew this and still wanted to deny them housing. Theresa May also knows this and still doesn’t care about potentially making thousands of young people homeless. Elba is right, “it’s fucking bullshit”.

– Check out more articles from The Canary on homelessness.