Most people missed the blunder in Theresa May's Brexit Plan video. The people of Bristol didn't [VIDEO] - The Canary 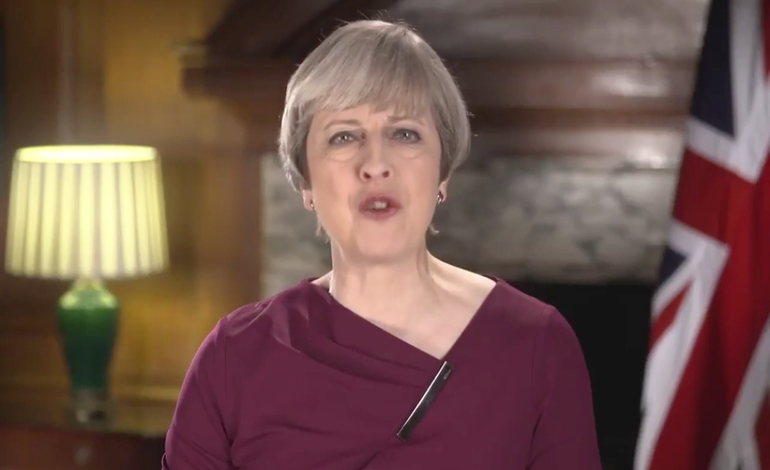 Theresa May’s glossy Brexit Plan video opens with a view of a picturesque street in Bristol. The only problem is, that area of the city voted overwhelmingly to remain in the EU. And the gaffe has drawn sharp criticism from locals and political leaders in Bristol for misrepresenting the city.

The opening scenes of the Brexit Plan for Britain video feature a residential street in the Totterdown area of Bristol. As the camera sweeps across the steep hilly street, May says:

There are times in the life of a nation when the choices we make define the character of our country.

Times when people stand up and demand real significant change. This is one of those moments.

The Windmill Hill constituency in which the street sits did make a choice to define the character of our country. But not in the way May’s video implies. Residents voted 72.8% to remain in the EU; while just 27.2% voted to leave. Bristol as a whole voted 62% in favour of remaining in the EU.

Worse, in the background of the scene is the white elephant city arena project. The site remains a derelict wasteland due to £100m of budget cuts to Bristol City Council.

This is another tactical mistake from the PM, implying that Bristol supported her plans for hard Brexit. Added to her previous false suggestions that the whole country agrees with her this gaffe further alienates those who did not vote to Leave the EU.

We are well aware of May’s plan for Britain: it’s a race to the bottom on environmental and social standards in return for trade of any kind, seemingly with anyone, and that’s why she must know that she will meet resistance.

And Bristolians took to social media to call out the misrepresentation.

Theresa May's 'I Have a Dream/Brexit Plan' broadcast opens with Totterdown in Bristol. It voted 3-to-1 to remain… https://t.co/WvY1CJkg1T

Park Street in #Totterdown hits back at the PM's #Brexit broadcast: https://t.co/pcT8HQrbjl

The case is seen to sum up the Prime Minister’s low interest in matters outside the city of London. And her government’s willingness to deploy PR contrary to the facts. So some bright spark at our satirical sidekick Off The Perch decided they would re-make the video with honest subtitles.