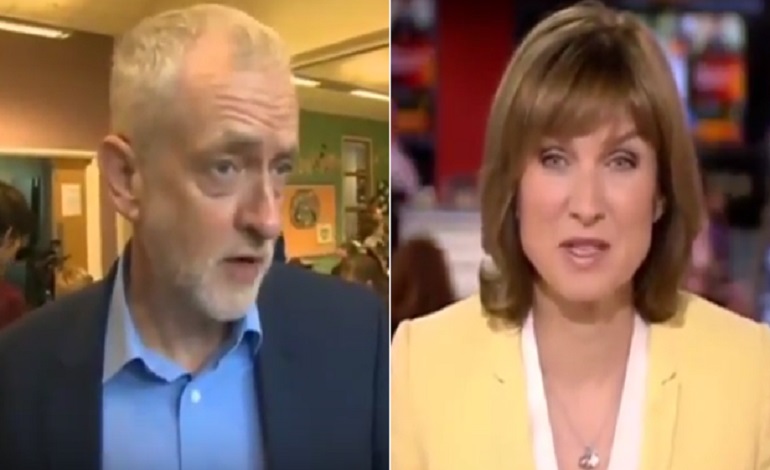 A video passed to The Canary by a journalist exposes the clear bias in the public service broadcaster’s coverage of the Labour Party. It focuses on Jeremy Corbyn’s free school meals for primary-age children. And deconstructs just how the BBC frames a news report to be negative about Labour.

The Canary has verified which broadcaster the journalist works for, but we are protecting their identity. The BBC item in question is from the Six O’Clock News on 6 April 2017.

When it comes to free school meals, as The Canary previously reported, nearly 75% of teachers have seen students coming to school hungry. Teachers are having to clothe and feed pupils under the Conservatives’ austerity regime. 93% of children go to state school, while only 7% attend private schools.

So, Labour wants to charge VAT on private school fees to pay for primary school children’s free meals. But the mainstream media insider viewed the Six O’Clock News coverage of Corbyn’s policy as biased in the extreme. So they took to a video to deconstruct it:

BBC bias is not merely the opinion of disgruntled Corbyn supporters, or those of other political colours. It has been proven by research.

Don’t take our word for it…

The New Statesman conducted analysis into the broadcasting of the EU referendum campaign. It analysed the main evening bulletins on Channel 5 (5pm), Channel 4 (7pm), the BBC, ITV, and Sky News (10pm). And The New Statesman found that 71.2% of the media’s political sources were from the Conservative Party. Compared to just 18.4% from Labour. But while this study just concerned the EU vote, other analysis shows the broader bias against Corbyn.

A report by the London School of Economics claimed the press had turned into an “attack dog” against Corbyn. It said 57% of articles in the press were critical of Corbyn; 74% distorted his views, and 56% did not give the Labour leader a voice at all.

A waste of money?

BBC journalists have a responsibility to report the news in a balanced way. And while they all will put their own angle on pieces, as a public service broadcaster, reports should be balanced, giving equal airtime to sources from all sides. But the BBC repeatedly fails to do this, as this insider has shown. So, it begs the question: just what, exactly, do we pay our licence fee for? Answers on a postcard marked ‘Government Mouthpiece’.