Two of the nastiest Tories are back for the general election. But which ones? - Canary 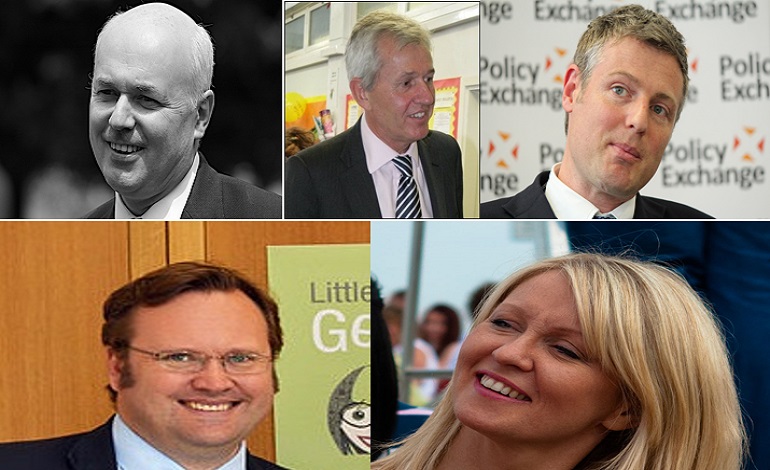 Two of the most infamous Conservative MPs from previous governments are planning on making a return to politics in the upcoming general election. And their reputations speak for themselves.

Goldsmith was dogged by allegations of racism and xenophobia during his 2016 London mayoral election campaign. As The Canary reported, he controversially wrote a column for The Daily Mail linking rival candidate Sadiq Khan to the 7/7 terrorists. Even fellow Tory Sayeeda Warsi called Goldsmith out:

On one occasion, Goldsmith’s campaign literature targeting Gujarati households in the capital appeared to ethnically profile the entire community as having a primary concern of keeping family jewellery safe: 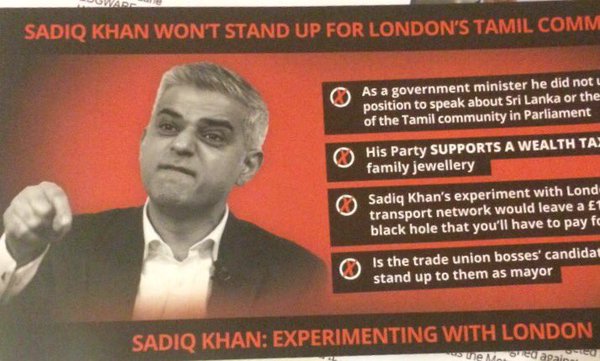 But this was not a one off. The same thing happened again, on a different Goldsmith campaign leaflet: 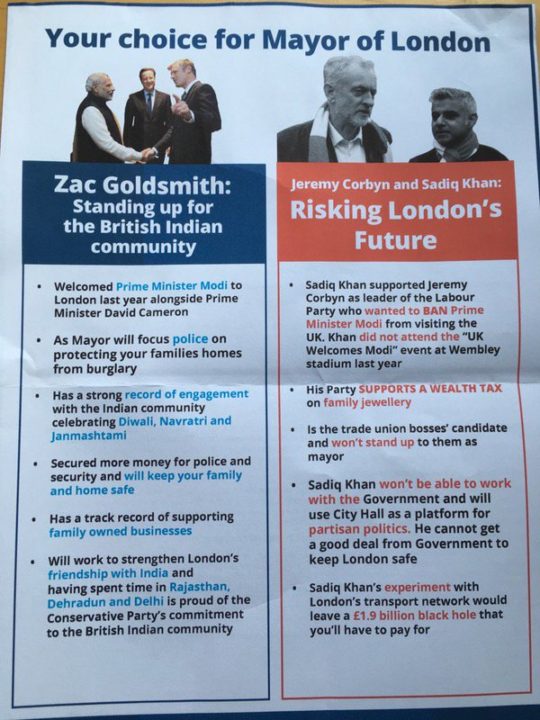 But London voters didn’t buy into Goldsmith’s campaign. And he lost the election to Khan. Also, voters in his constituency of Richmond Park didn’t buy anything from him either; as, when he stood down from the Conservative Party over Brexit, triggering a by-election, he lost to the Lib Dems. And Goldsmith seemingly now wants a second crack at the whip.

McVey’s record in parliament, meanwhile, is just as noxious as Goldsmith’s, because the former welfare minister was responsible for countless cuts to people’s benefits. She oversaw the cutting of the Independent Living Fund (ILF) for disabled people; the ‘benefit cap’ which saw some people forced to survive on just 50p to pay their rent with; and also attacks on disabled people which the UN twice said equated to “grave” and “systematic” violations of their human rights.

Shadow Chancellor John McDonnell called McVey a “stain on humanity”. And he refused to apologise for it.

After voters booted out McVey as an MP, the government gave her a £530-a-day government job as Chair of the British Transport Police Authority. But it now seems she is eyeing a return to frontline politics.

The Tories are generally noxious. But Goldsmith and McVey are two of the worst examples of the ‘nasty party’ at work. And what’s more concerning is that they previously stood under the relatively liberal (by Conservative standards) government of David Cameron. So now, with the harder-right Theresa May in charge, and with her hard Brexit plans already afoot, Goldsmith and McVey may well be in their element.

The ‘nasty party’ really could be back.