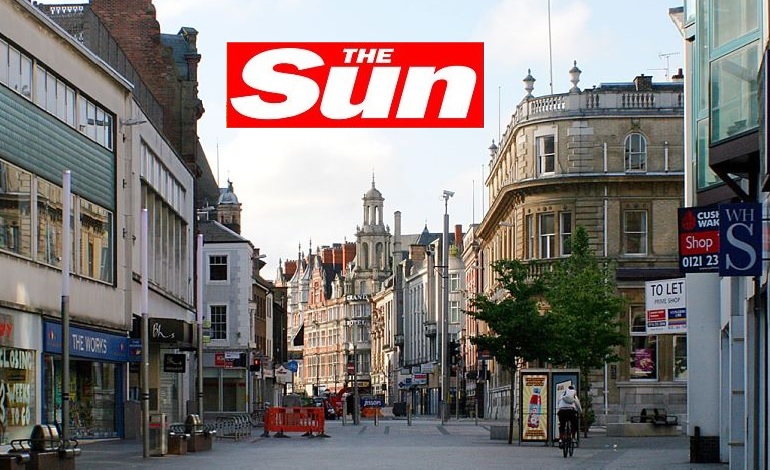 The Sun‘s former editor Kelvin MacKenzie has once again insulted the British public. And almost as soon as he’d made the slur against the UK’s electorate, he was begging the media to cover it up. But by that point, it was already too late.

And his affront to Britain not only speaks volumes about The Sun. It also gives Britain a clear choice in the general election ahead.

MacKenzie is currently on suspension from the tabloid after writing “racial slurs” in a column about footballer Ross Barkley. But The New York Times’ Katrin Bennhold caught up with him to talk about the influence UK tabloids had on Brexit. Aware of MacKenzie’s controversial use of headlines at The Sun, Bennhold brought up the subject. She asked MacKenzie what headline he would like to see in The Sun if he still had the choice. MacKenzie replied:

I think the fake news headline that would give this country the most joy would be ‘Jeremy Corbyn Knifed to Death by an Asylum Seeker.’

Presumably, MacKenzie framed his headline as “fake news” because he’d just admitted to Bennhold that The Sun‘s headlines were “sometimes untrue”. But the message was clear: MacKenzie thinks that, if people heard that a refugee had stabbed the Labour leader Jeremy Corbyn to death, they’d fall over laughing.

In MacKenzie’s mind, that’s the level of hatred, heartlessness, and bile that makes up the British soul. And according to MacKenzie, he’s a man who should know. Because as he told Bennhold, The Sun still apparently reflects the “beating heart of Britain”.

Perhaps MacKenzie’s assessment reveals more about himself than the British public, though. Because we’ve already seen how the public reacted to the brutal killing of a politician. And when Thomas Mair murdered Jo Cox in 2016, people didn’t laugh. They turned out in their thousands to pay tribute to her, holding signs that read “LoveLikeJo”.

And MacKenzie knows this. That’s why he messaged Bennhold the next day asking her to whitewash his comment. He wanted “knifed to death” changed to “defrauded”. Because, in light of Cox’s murder, he said the original “perfect headline” was in “poor taste”.

For many media outlets, however, hatred is the very commodity they trade in. As is fear.

And it’s not just the media. It’s politicians too.

Voting from your heart

The Conservative Party, for example, has released its campaign poster for the general election. It features a picture of Corbyn standing in front of a bomb. And its first line reads “No bombs for our army”. And what is it telling the general public? That unless we have more of these killing machines, we’re doomed. So please, it urges Joe public, love your bombs and vote in their interests.

But then fear and hate are common bedfellows. As in fact are the Conservative Party and the tabloid media. But they seek to appeal to the worst sides of our humanity. Thinking, or perhaps hoping, that’s all we are. We can, however, reject that view of ourselves.

In five weeks’ time to be exact.

– Read more Canary articles on the 2017 general election. And support The Canary if you appreciate the work we do.

– Also check out the Media Reform Coalition. And support the independent outlets at the forefront of the ongoing media revolution:

Featured image via Zaphad1/Flickr and Wikimedia