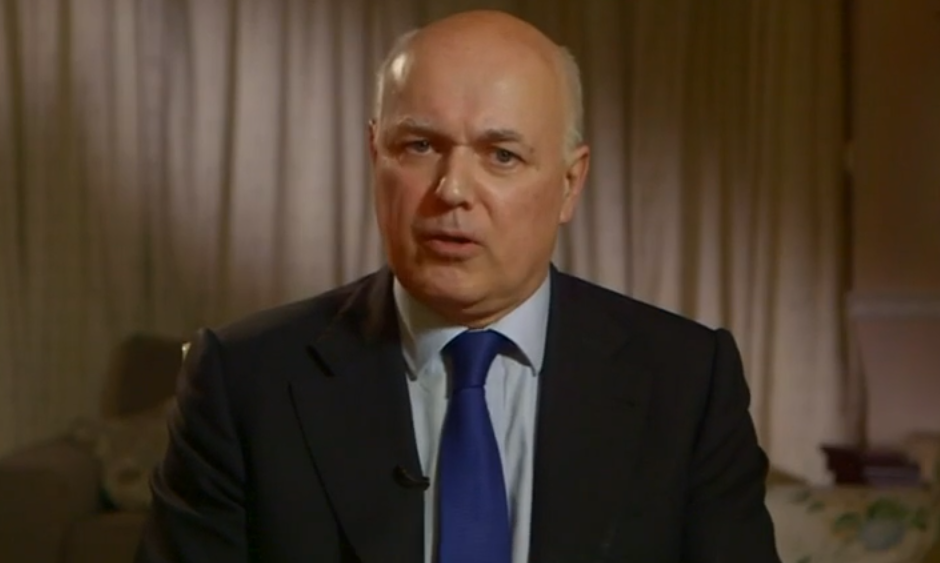 Former Department for Work and Pensions (DWP) Secretary Iain Duncan Smith (IDS) appeared on BBC Newsnight to discuss the Conservatives’ plans for immigration. In doing so, he perpetuated a myth about immigration. One that stirs up bigotry and antagonism.

If you look at the figures, it shows that they [low-skilled immigrants] claimed more in benefit than they did actually offer up in terms of taxation.

"We had a huge number of very low-value, low-skilled people coming through” – Iain Duncan Smith on EU migration pic.twitter.com/lo44ymPrnV

Newsnight presenter Emily Maitlis pointed out that IDS was suggesting that all of these 170,000 immigrants were “scroungers”. IDS denied doing so, but then again repeated the claim, adding that these “low-value, low-skilled” immigrants were made up particularly of people from Eastern Europe. This further fuels the kind of fearmongering that UKIP has used to generate hostility towards Romanian and Bulgarian immigrants.

IDS should get his facts straight

According to Full Fact, the UK’s independent fact-checking charity:

There is no single ‘correct’ answer to the question of how much immigrants contribute to public finances.

But research generally shows that immigrants contribute more in tax than they claim in benefits. This is backed up by HMRC figures (which, strangely, IDS mentioned to support his argument).

But it’s not only rhetoric and bigotry that lies at the heart of Tory policy on immigration. It’s unrealistic pledges as well. Theresa May has announced that her party will again promise to cut immigration to the “tens of thousands”. Despite the fact that this target has been repeatedly missed since 2010, when David Cameron made the pledge. Net migration is nowhere near the tens of thousands, with the most recent figure at 273,000.

May could enforce strict border controls to bring down migration to the tens of thousands. But as research shows, this would spell trouble for the economy, as well as our public services. And if the Conservative Party failed to meet its net migration target, this would once again show both how inept it is and how little interest it has in keeping its promises.