The BBC granted BuzzFeed an unopposed platform to debunk our story on Tory Dirty Money. They failed. [EDITORIAL] - Canary 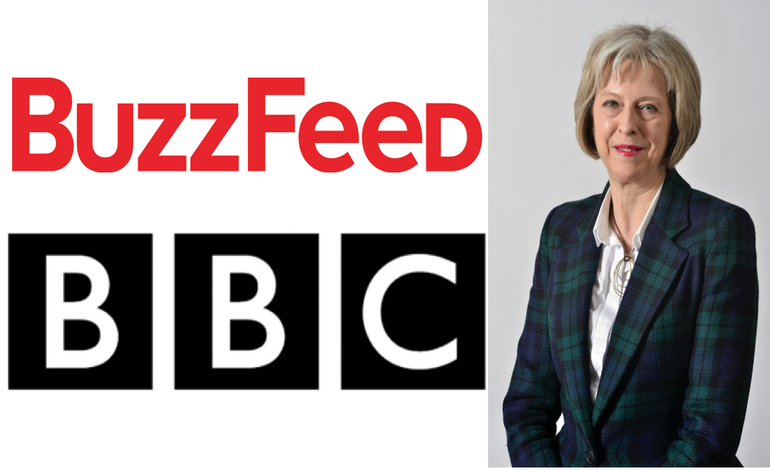 The BBC has granted BuzzFeed an unopposed platform to make false claims about the Tory Dirty Money scandal. Neither the original researchers, the senior MPs who escalated it, nor any of the media outlets which reported the story were invited to provide a response. The claims made by BuzzFeed and repeated on the BBC are false, and we set out our response below.

On 28 April, The Canary published a piece entitled How HSBC’s ‘dark money’ could have bought the Conservatives the 2010 general election.

As The Canary‘s Steve Topple wrote:

The story centres around a private investment firm called IPGL, run by former Conservative Party Treasurer Michael Spencer. In October 2008, HSBC made [pdf] a £214.2m loan to IPGL. At the time, IPGL was in financial difficulties, with one of its subsidiary companies (a betting firm called City Index) reporting [paywall]£43m losses. Spencer had to put in £70m of his personal £1bn fortune to bail out the failing company.

Respected campaigners Move Your Money had conducted several years of research, and our job as journalists was to review and assess the outcome of that research. We did so, and we reported it accurately.

The research by Move Your Money was so compelling that it prompted escalation by leading MPs from two separate Westminster parties.

Labour MP John Mann said that it was “the biggest party donor scandal ever”. He said:

My last letter as current MP. Continuing to fight against #ToryDirtyMoney I call for an urgent inquiry. RT if you agree. pic.twitter.com/385MgUaBoV

Through painstaking research, and engaging public support through social media, we placed an unignorable spotlight on the allegations of a Tory Dirty Money scandal.

With #ToryDirtyMoney trending on social media, and moves in Westminster to begin investigations – enter BuzzFeed. Writer James Ball put together his piece in isolation and in a short time frame, and it showed. When debunking a story, two things need to happen. You must accurately report the claims you wish to debunk, and you must refute them with evidence. Neither happened in the BuzzFeed story.

In contrast, Move Your Money’s Joel Benjamin has published an evidence-based rebuttal of the BuzzFeed story, and Ball’s later claims on the BBC. You can read that in full here.

The first error in the BuzzFeed post occurs in the first sentence. Ball claims the story was “born on The Canary”.

This is false. The story originated with Move Your Money, was raised at the HSBC Annual General Meeting on 28 April, and was escalated to the Electoral Commission by SNP MP Roger Mullin. It was also commented upon by Labour MP John Mann (omitted from the BuzzFeed story entirely). The Canary did not create this story. We just reported it.

It is true that IPGL lost money in 2008 and 2009 – it lost £22 million in 2008 and £57 million in 2009, largely due to the effects of the financial crisis. However, that’s not the same as being in crisis: If a company is at serious risk of not lasting through the year, its directors and its auditors are required to note this concern.

This is not strictly true. What Ball neglects to mention is that, six weeks before making the £1.03m donation to the Tories’ 2010 election fund, IPGL was in talks with the Financial Services Authority (FSA) about its “strength”, due to a profit warning from ICAP (a firm IPGL had shares in), and the losses from a subsidiary, City Index.

Ball goes on to claim that the loan from HSBC was a standard loan at a commercial rate. This is not true. As Joel Benjamin writes:

the loan was issued on 06 October 2008, just as the banks collapsed in Iceland and other UK banks had stopped lending, just one week before the UK Government bank bailout package. The loan was secured only against shares in Spencer’s companies, and share prices (especially financials) took a major hit during the crash, because risk was significantly underpriced and investors, fearing the worst,  sold. Of the £240m of assets listed on IPGL’s balance sheet in 2009, £140m – by far the largest component – was simply “goodwill.”

Crucially, though, over the period of 2008 to 2010, IPGL was actually paying this money back to HSBC, rather than drawing more. By the time the company filed its 2008 accounts it had reduced total borrowing from £352 million to £250 million, and by February 2010 it had paid back more than £80 million of its HSBC loan.

But IPGL only managed to do this due to Spencer selling £45m of his and IPGL’s shares in ICAP to pay back the loan. This was noted by the FSA, as it said that treating Spencer and ICAP shares as an asset for the HSBC loan was not correct – shares do not qualify as an asset. And as The Telegraph notes:

It also emerged in 2009 that Spencer and IPGL had used their shares in 14 companies, and a multi-million pound painting by Amedeo Modigliani, in order to secure a loan with Sotheby’s Financial Services.

Ball uses these four false claims to come to the following conclusion:

The Canary’s theory relies on the loans from HSBC to IPGL being unusual – they weren’t – and on the loans not being repaid. Neither of these things is true.

But nothing in this statement by Ball is true.

Benjamin and others repeatedly offered to share their research with Ball and BuzzFeed‘s UK Political Editor Jim Waterson.

All such invitations were ignored.

This is the latest in a series of missteps from BuzzFeed in recent months. These include the widely criticised decision to publish unverifiable classified information, and seeking a court order in efforts to force Press Gazette to reveal an anonymous source. Both of which could be considered breaches of journalistic ethics.

Since the Ball story ran, Benjamin and others have been in deep discussion about how to respond. This was because all concerned wanted to avoid the story turning into ‘BuzzFeed versus The Canary‘. We wanted to return the spotlight to the weight and seriousness of the allegations. But events overtook that plan.

In an extraordinary act of journalistic sabotage from a state-funded BBC media platform that usually prides itself on “balance” and “objectivity” the Victoria Derbyshire Show [from 1hr 50] opted to give Buzzfeed’s James Ball 2mins, unopposed to hose down the #ToryDirtyMoney story without following journalistic protocol by going to the other side for a right of response. You can listen to an audio recording of the segment below:

Host Victoria Derbyshire opened the show with the line:

James, these are allegations about HSBC bank funding the Conservative Party. They surfaced a while back on a blog that supports Jeremy Corbyn. What are the allegations?

To which BuzzFeed’s James Ball replies:

Essentially, the idea is HSBC lent money to a company owned by one of the party’s biggest donors, the former party chairman, and that that loan was a way of sort of secretly channelling the money to the Conservative Party. So they said ‘oh this must be improper’.

And James, you started looking into it. What did you find?

People were asking why the mainstream media weren’t reporting it. An MP wrote to the Electoral Commission, and quite prominent journalists started tweeting out this ‘theory’. And so I looked in the accounts at the figures, and basically there is just nothing to it.

A disservice to journalism

The Canary has issued a complaint to the BBC, and requested a right of reply on a forthcoming installment of the Victoria Derbyshire show.

This behaviour must be condemned in the strongest terms. In this case, BuzzFeed prioritised a partisan attack on The Canary over the merit of this story. In doing so, it threatened to derail a major investigation into the integrity of our politics. And by permitting Ball an unopposed platform to perpetuate these falsehoods, the BBC failed in its responsibility to provide balanced and impartial reporting.