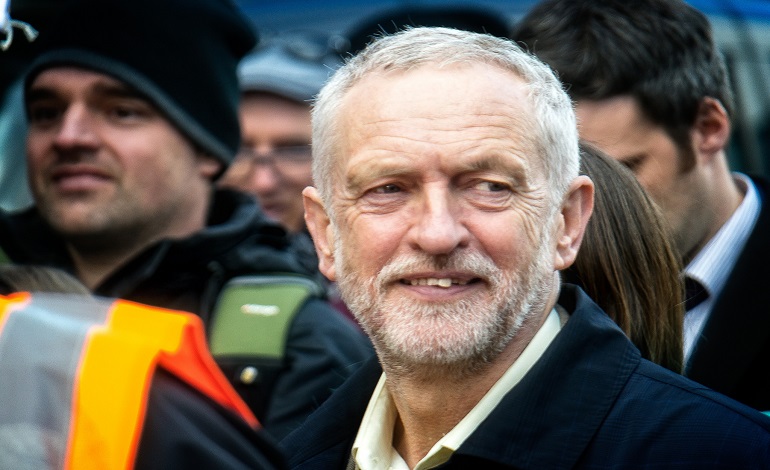 Amid the storm surrounding the leaking of a draft of Labour’s general election manifesto, one important area that Jeremy Corbyn has outlined is increasing the protection of workers’ rights. And for one group of employees, this couldn’t come soon enough.

Members of the United Voices of the World (UVW) union are staging three one-day walkouts at the London School of Economics (LSE). This is an ongoing industrial dispute between the UVW-represented workers, the LSE, and outsourcing company Noonan. The three walkouts – on 11, 18 and 25 May – follow a two-day strike on 15/16 March. UVW said of the action on 11 May:

Cleaners at the LSE have voted to take further strike action following the LSE’s failure to concede their claim for parity of terms and conditions of employment with in-house staff, or make any offer of settlement.

Workers pushed to the edge

Members of UVW and Class War held a noisy protest outside the LSE. Banners were unfurled, horns blown, music played, and songs and chants rang through the air:

Several police officers were present but, for the time The Canary was there, the protest went off without incident. The action was attracting some interest from students, academic staff, and members of the public: 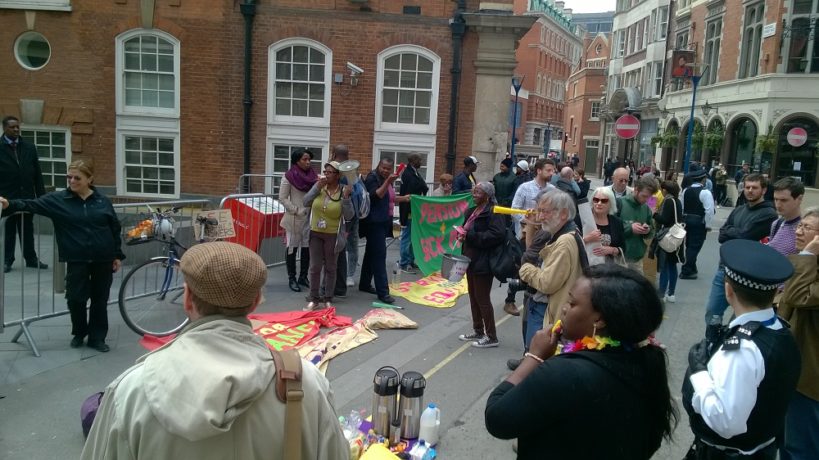 But one local business owner was unhappy with the UVW action, saying it was disrupting her trade. Members of the union argued with her that their livelihoods were at stake. But in the end, neither side could agree. UVW members then marched through the side streets around the LSE building, to the sound of Bob Marley’s Get Up, Stand Up: 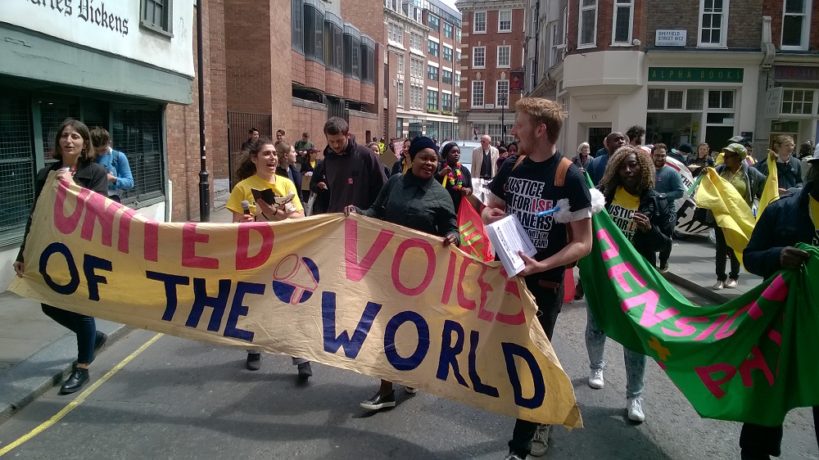 The LSE outsources the contract for cleaning to Noonan Services. The cleaners were getting £9.40 an hour, even though they worked in London, where the recommended Living Wage is £9.75. Noonan has since agreed to pay them the higher rate of £9.75. Also, Noonan only gives the cleaners 28 days paid holiday, while regular LSE staff get 41. And the cleaners only get a 1% pension contribution from Noonan, while regular LSE staff receive 13- 16%. Finally, Noonan only gives the LSE cleaners Statutory Sick Pay. This means that, if the cleaners are ill, Noonan does not pay them for the first three days. And then, they only get £88.45 a week after this.

The union says “the cleaners considered [LSE and Noonan’s] responses to be as vacuous as they were disrespectful”.

The LSE told The Canary:

The strike is being coordinated by UVW, an unaffiliated union representing 60 of the 421 cleaning staff at LSE employed by Noonan. 40 members of UVW voted in the recent strike ballot. The cleaning staff at LSE have access to recognised trade union representation through Unison, which has a successful track record in campaigning for its members. Contrary to some reports, Noonan staff at LSE receive, at least, the London Living Wage, the same hourly rate as equivalent staff employed directly by LSE. This has been the case for a number of years. The decision by UVW to initiate industrial action is disappointing, especially considering cleaners and recognised trade union representatives are still engaged in constructive negotiations.

The Canary contacted Noonan for comment. But at the time of publication, no response had been received.

A much deeper problem

The UVW has seen the need for more and more industrial action in recent months. From John Lewis to Harrods, via the LSE, its members (many of them foreign nationals) are increasingly frustrated at their treatment at the hands of some of the UK’s best-known companies. And its members are a prime example of why Conservative policies for working people have failed. So whether you support Corbyn’s manifesto promise to protect workers’ rights or the promise of another opposition party, it’s essential that we all get out and vote on 8 June.