In an attempt to discredit 'fake news', Theresa May has opened herself up to ridicule - Canary 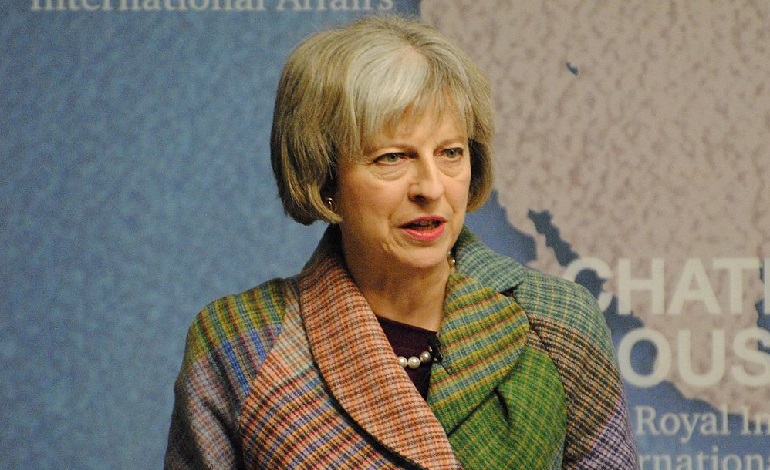 On 4 May, Theresa May visited Eastbourne in Sussex. While there, she gave her backing to a campaign organised by the local press industry to fight ‘fake news’. But her backing has left her and her party open to ridicule.

The fight against ‘fake news’

The campaign, coordinated by Local Media Works — the local marketing arm of the News Media Association, has been launched as an attack on ‘fake news’. Beginning on 15 May, the campaign seeks to expose the dangers of sharing fake and biased news in the run-up to one of the most important general elections of our time. Local and regional newspapers up and down the country have pledged their support. The Southern Daily Echo, the main news source across Southampton, wrote:

As we approach the most significant national election in a generation, the need for independent local newspapers and their websites to report and explain the issues in an entirely neutral, honest and balanced way is essential.

A noble cause, indeed.

But when giving her backing to the campaign, May left herself and her party open to ridicule. She said:

We need to be very wary of this concept of fake news. We have got a situation with social media and different outlets where anybody can put something on [a] social media site as if it’s real without anybody checking. People need to recognise that and recognise you can’t trust everything you see on social media.

We know newspapers have a responsibility that they take seriously in terms of what they are reporting. A free press is very important, it underpins our democracy.

It’s also important for [politicians] to make sure the statements we make are upfront and transparent for people.

What did she just say?

At the same time, her attack on ‘fake news’ appears to be directed solely at social media. This comes at a time when support for Jeremy Corbyn is at an all-time high on social media. As the BBC has highlighted: “the polls and recent local election results may paint a different picture, but on Facebook, Jeremy Corbyn dwarfs his political rivals.” Corbyn’s official page has more than twice as many likes as Theresa May’s (around 876,000, compared with around 360,000).

There is indeed an issue with fake news circulating on social media. And Facebook has recently launched a national newspaper advertising campaign to warn the public about the risk of fake news ahead of the election. But May’s comments seemingly fail to address fake and biased news that comes from long-established media outlets.

According to Reporters Without Borders, journalists in the UK are slowly losing their freedom to hold the powerful to account. Out of 180 nations listed on its World Press Freedom Index, Britain now lies in 40th place. That’s behind South Africa, Chile and Ghana. And in the last five years of Tory rule, we’ve slipped 12 places.

Speaking of the BBC alone, there have been countless complaints about biased reporting from members of the public, as well as from notable figures. At the end of April, Private Eye Editor Ian Hislop stunned the panel on Have I Got News For You by calling out BBC bias in the broadcaster’s face.

While the campaign against fake news is of great importance, it appears to barely scratch the surface. To blame social media alone is ill-considered. May’s comments, meanwhile, only work to expose her own hypocrisy. The free press that she says “underpins our democracy” is currently dominated by billionaire owners with political agendas. And that may be good for her and her party, but it’s definitely no good for us!

– Find out more about the World Press Freedom Index.