It's official: the majority of the public now want a Labour government [IMAGES] - Canary 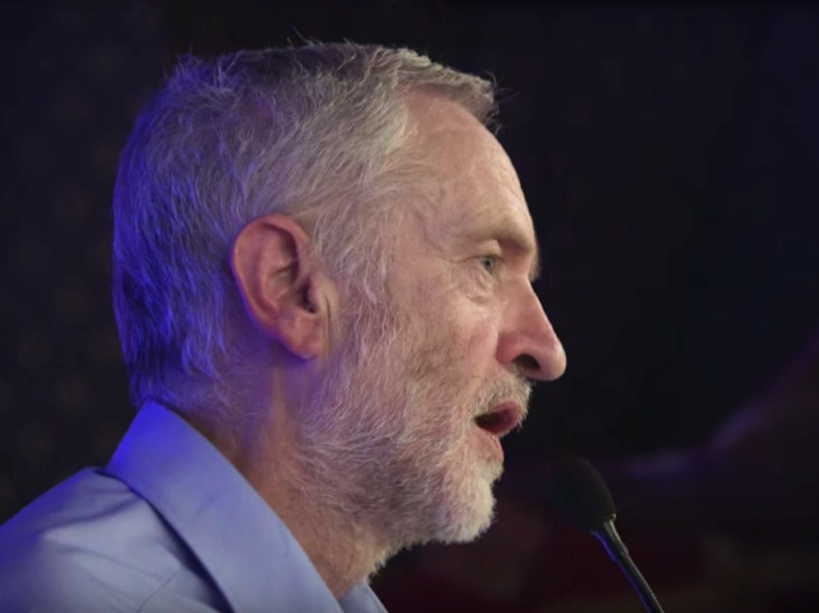 The leaking of Labour’s draft manifesto appears to have backfired spectacularly on the right-wing press. Because it’s been revealed that, based on the party’s pledges, the majority of people now want a Labour government. But there’s a problem.

A poll conducted by ComRes for The Daily Mirror surveyed [pdf] 1,021 adults online on 11 May. It asked them about their opinions on Labour’s manifesto policies; how far left and right certain political figures and parties were; and broader thoughts on both Labour and the Conservatives.

The results [pdf] were as follows: 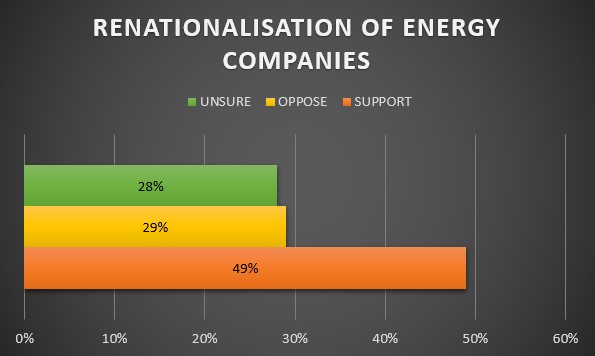 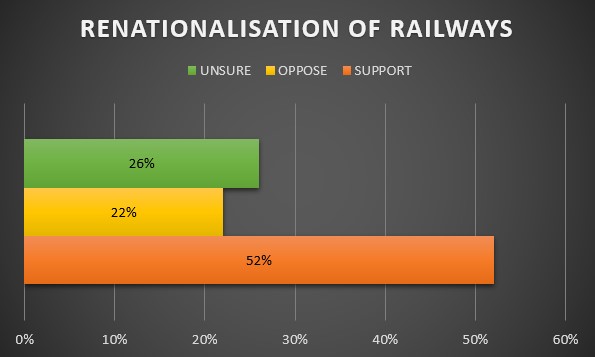 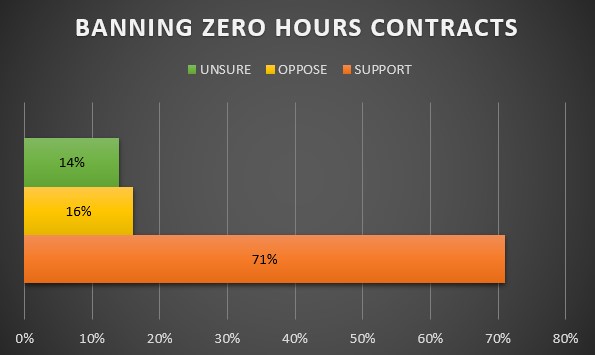 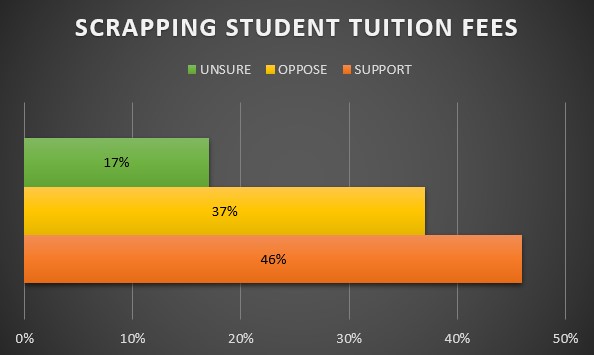 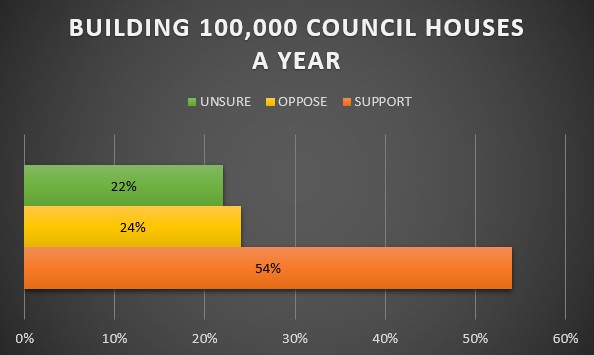 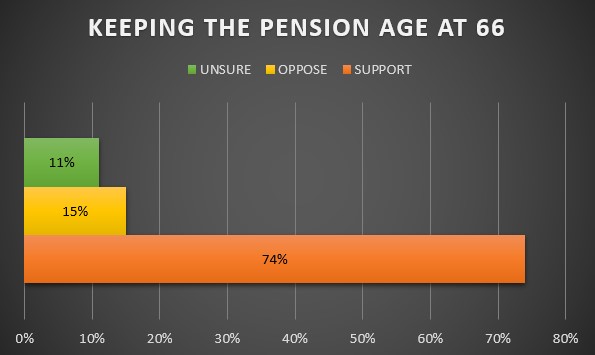 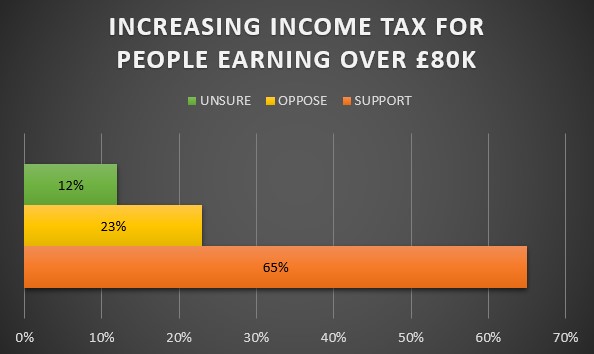 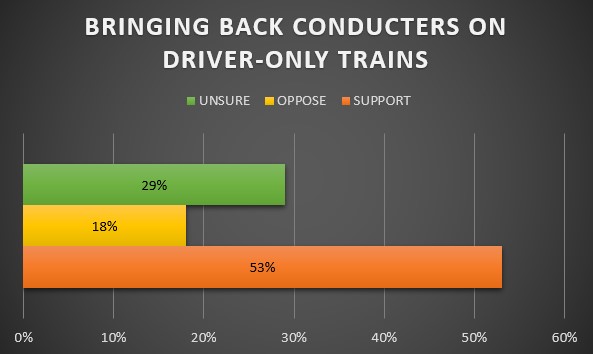 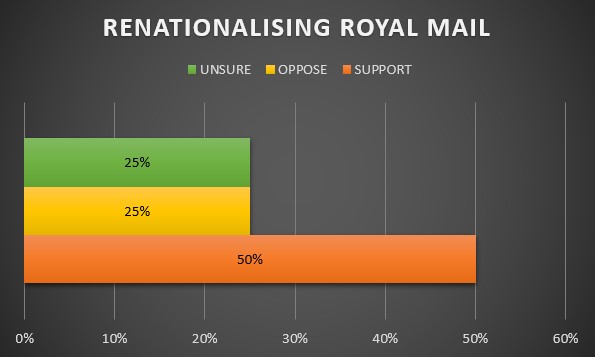 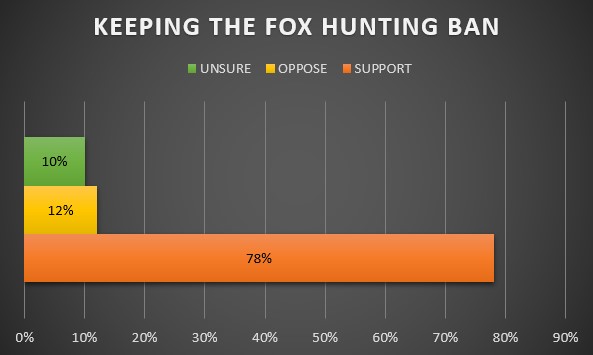 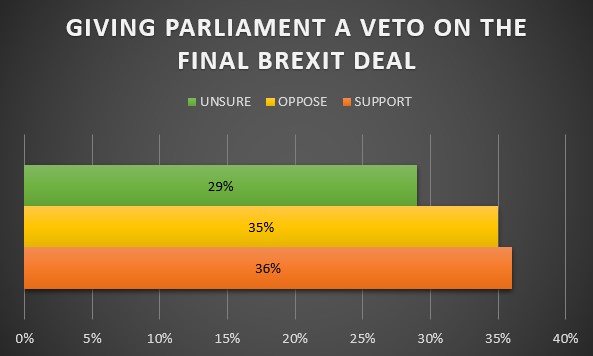 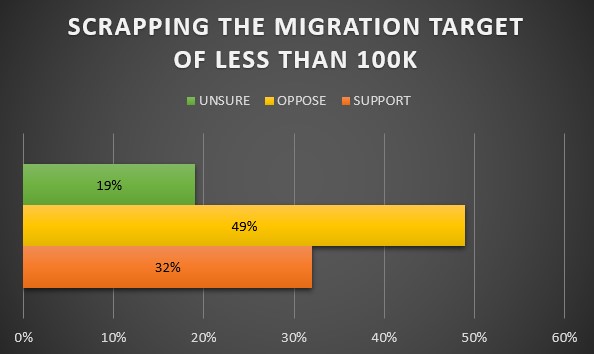 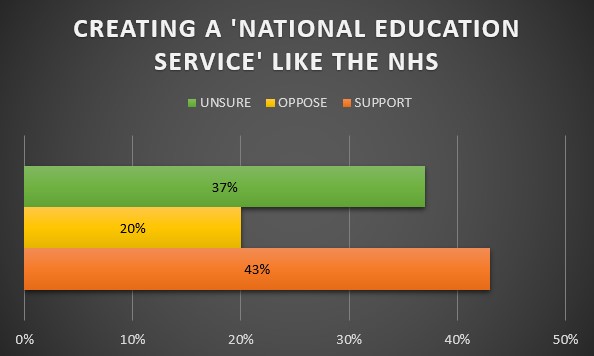 So broadly, the public appears to support the majority of Labour’s leaked manifesto. The only problem was with the scrapping of the Tories’ immigration target (which the Conservative government has consistently missed). But as The Daily Mirror reported:

It is understood the draft version leaked to the Mirror will be tweaked to toughen up the language on immigration and Brexit, amid fears Labour could be seen as too soft. ‘It will make it absolutely clear Britain is leaving the EU under Labour’, a source said. ‘And it will emphasise we want controls on immigration. The draft is quite wordy and there was a danger some of those simple messages could get lost’.

But the ComRes survey also threw up some interesting results.

It asked people to say, on a scale of one to ten, how left or right-wing they were (ten being furthest right, one being furthest left). And then they also had to rate politicians. These were the results: 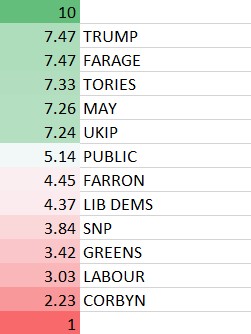 These are telling as an example of how skewed UK politics has become. When the average person still considers themselves firmly in the centre, thinks Corbyn (a democratic socialist) is the furthest on the left (more so than the arguably more radical Greens), and then still says they agree with the majority of his policies, something is amiss.

When asked questions about the parties and their leaders, the results were as follows: 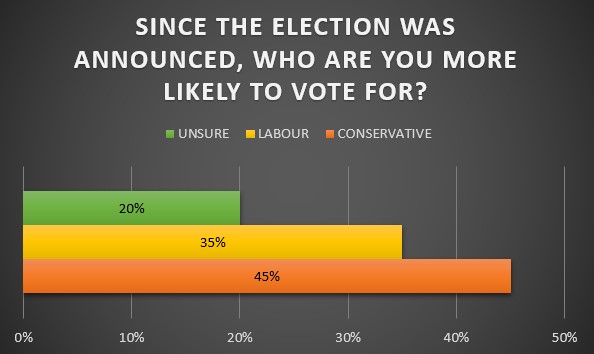 Although interestingly, this result puts Labour in a better position than most of the national opinion polls. Also, while earlier results show most people agreed with Labour policies, the following result appears to go against this: 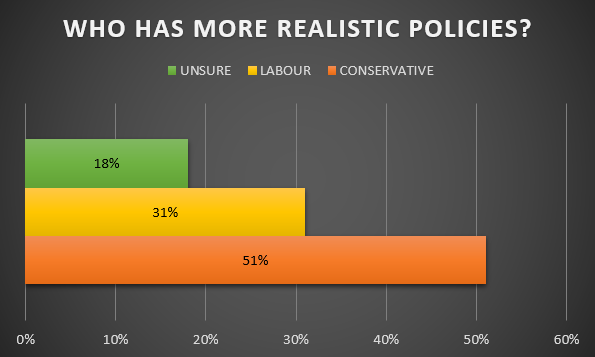 A question was then posed about Corbyn. And to say the scale of the options available to answer was skewed is probably an understatement: 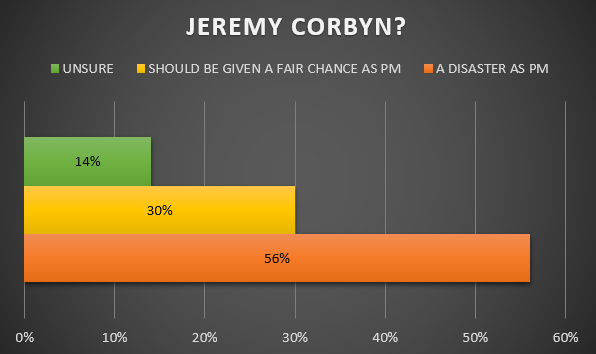 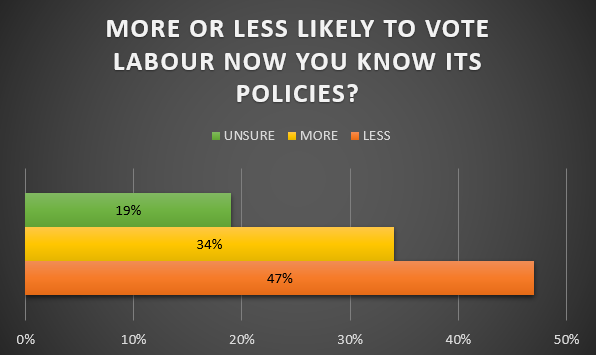 But looking deeper into the research [pdf], there are more discrepancies with people’s views. For example, 44% of people would rather vote for a party that wants social justice and stronger workers’ rights, as opposed to 38% for an economically “strong and stable” one. Which is, essentially, Labour vs Conservative.

When it comes to economics, crime and justice, and defence, more people generally trust the Tories. Labour, meanwhile, is stronger on education, the NHS and protecting jobs.

So what does all this mean for Labour? It depends on your opinion of opinion polls. Generally, they tend to weigh younger voters as being less likely to vote. Bearing this in mind, it’s recently been shown that the majority of under-40s are planning on voting Labour. As are 55% of students. But judging by the polls, Corbyn himself is still in hot water. So his repeated public walkabouts (infinitely more than May’s been doing) need to continue. As does on-the-ground campaigning from party activists. Because Labour’s policies appear to really resonate with the public. Now, it’s just the main man himself who needs to win over the voters.

– Support independent media outlets so they can keep cutting through the corporate media noise:

Featured image via Flickr and graphs by The Canary