A lady selling necklaces with a ‘special’ message for Theresa May just raised £25,000 in 48 hours [IMAGE] - Canary Workers’ Co-op 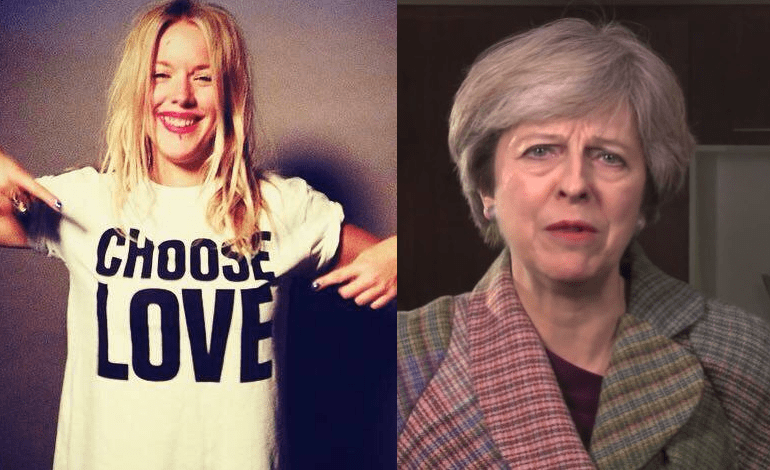 With no financial backing or advertising, Libby Freeman has had extraordinary success selling necklaces with a ‘special’ message for Theresa May.

100% of the profits from Freeman’s main design go to people marginalised by the Conservative Party. The 35-year-old raised £25,000 in less than 48 hours selling the jewellery online: 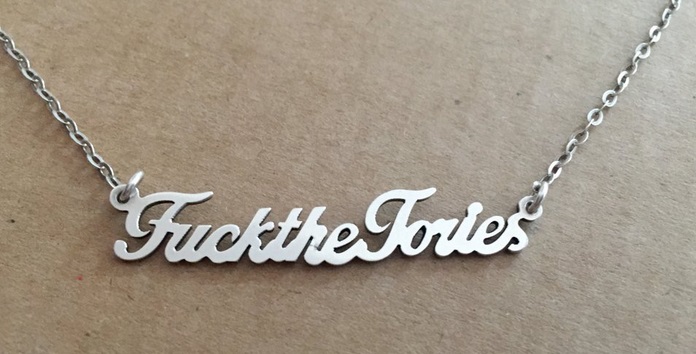 The jewellery combines style, swag and sticking it to the Tories. In total, the project has raised £40,000 since Freeman launched it with her friend Kate six days ago.

60% of the profits go to Calais Action, an organisation raising resources for refugees. The remaining 40% goes to Partisan Collective, which seeks to provide a community space for grassroots cultural and political activities in Manchester.

‘How so many people feel’

Freeman told The Canary why she thinks the necklaces are so popular:

The Set Designer listed some reasons why:

They’ve taken us out of Europe, they’re dismantling the NHS, they’ve fucked over people with disabilities, the young, the poor and the marginalised. They’ve ignored refugees and abandoned child refugees.

Freeman, who lives in Hackney, has a point:

So Freeman felt that it was “important” that the money raised went to those “oppressed” by the Conservatives. Our Conservative government even went as far as to ignore nearly 1,600 offers from local councils to take in more child refugees.

Respect to Kate and Libby for helping out where our government has failed.

– Bag your own necklace here, and help refugees in the process!

– End systemic problems by registering to vote in the 8 June general election.

– #TrollAid: Turn trolls into fundraising machines using this link. If someone is trolling minorities on the internet, see how much money can be raised in their name.