One factor could make or break Corbyn's campaign, and it's down to 8 million women - Canary 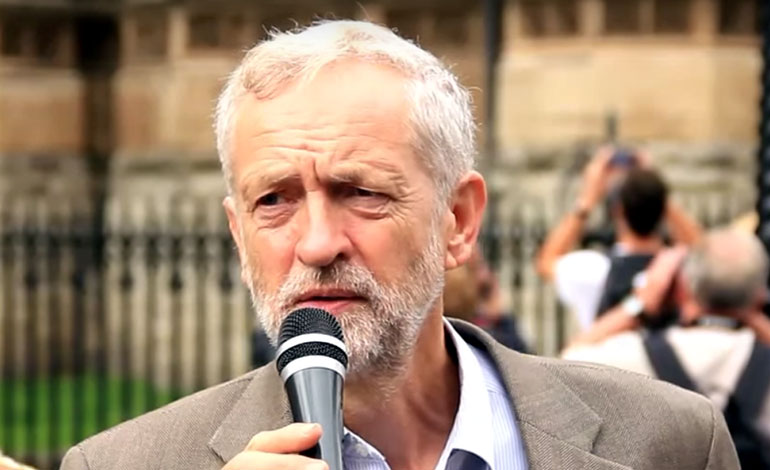 It has almost been one hundred years since women gained the right to vote. Despite this, around eight million women will still choose not to exercise their right to vote in this general election. But if they were convinced to do so, it could totally change the outcome.

A hundred years later and a lot has changed. Parliament is seeing an increase in female MPs. And we’ve even had two female prime ministers.

But things are far from perfect. A recent survey found that nearly half (41%) of girls aged between 9 and 16 think there has been a rise in media sexism in the last six months, particularly around the appearance of female politicians. This has had a knock-on effect, by putting young women off going into politics. And it may also be one of the reasons for discouraging women from voting.

A recent study by the Fawcett Society, the UK’s leading charity for gender equality, found that eight million women are unlikely to vote in the 2017 general election. When compared to the 33 million women in the UK, that’s 24%. It writes:

An average of recent polling shows that 2.5% points fewer women than men say they are certain to vote. When applied to 2015 turnout levels this could see eight million women not exercising their rights.

We are calling on all women to make sure they register to vote before the deadline. With the overall gender pay gap still at 18%, violence against women and girls still rife in our society, and Brexit posing a risk to hard-fought protections, it is as important as ever that women have a say.

As the charity also points out, there are half a million more women unlikely to vote than the seven and a half million men.

500,000 people isn’t a huge difference. But it is important for us to encourage those seven and a half million men, as well as those eight million women, to vote. As figures from the 2015 election show, 34% of the registered voting population didn’t vote. That’s 10% more than those who voted for the winning party, the Conservatives. But as a YouGov survey suggests, those eight million women could totally change the outcome for one particular party.

According to YouGov’s 2015 post-election survey, women are more likely than men to vote Labour—particularly those under the age of 50. And Labour enjoyed a six-point lead among them. The Conservatives, meanwhile, led by five points among men under 50.

The reason for this could be down to policy priorities. As the Fawcett Society highlights:

Women consistently view the NHS as a more prominent issue, with 63% in an average of polls saying it is key compared with 50% of men. Men are slightly more concerned with Brexit, with 50% rating it as an important issue versus 45% for women.

This difference in voting could be better understood by examining what is the focus for the 2017 general election. Theresa May and the Conservatives are trying to make Brexit the focal point for their campaign. Jeremy Corbyn and Labour, meanwhile, are focusing on health, crime, education, and taking back democratic control of key public services.

Regardless of political preference, it’s important that everyone votes. Even if it’s for ‘none of the above’. A hundred years ago, things were very different. Men and women fought hard to secure the right to vote, and we shouldn’t allow their efforts to go to waste. So if you’re one of the people who doesn’t tend to vote, start asking questions about party policies and make sure your voice is heard on 8 June. The future of the UK depends on it.

– Check out some of the main party pledges so far.