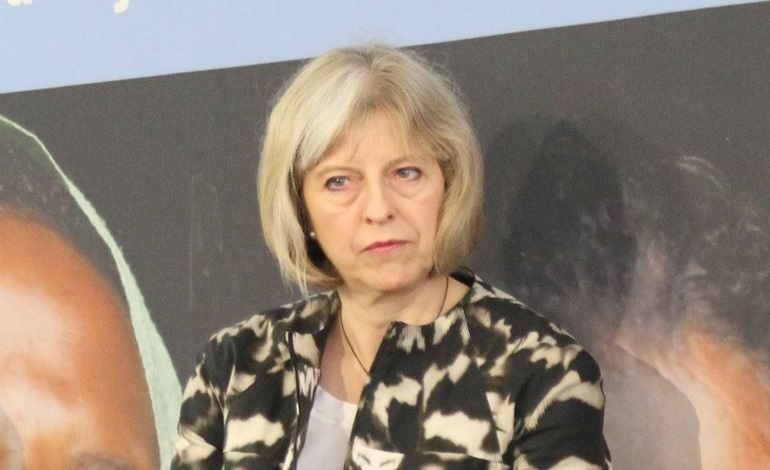 Amber Rudd has been talking about the NHS cyber attack. She claimed that Windows XP was “not a good platform” for keeping data secure. But there’s a massive problem with her argument that cuts to the heart of Theresa May’s “strong and stable” leadership. Trident is run on a variant of Windows XP.

So Rudd’s admission shows how vulnerable the UK’s nuclear weapon system is to a cyber attack.

We are regularly told that Trident keeps us safe. But not only has the £100bn system almost been launched accidentally on many occasions, the latest NHS incident show how vulnerable the nuclear system is to cyber attack.

Trident was fitted with Windows XP because it was cheaper. According to former Defence Secretary, Des Browne:

Cyber attacks are already able to undermine the reliability of our nuclear command, control and communications. No longer can we guarantee that the weapons will work as we designed them to do when we reach for them.

Cyber-security is a huge industry and it is an area where we can all do better to protect our businesses and our personal information. I would expect NHS trusts to learn from this and to make sure that they do upgrade.

But seemingly these lessons are not being applied to our nuclear capablity. Currently weapons of mass destruction are being run on something akin to what Rudd described as “not a good platform” for data security.

Some argue that the best solution, however, would be to get rid of them altogether. As the Green Party’s Caroline Lucas wrote:

These weapons of mass destruction have the potential to cause death on an unimaginable scale, and they do nothing to hinder the real threat of lone gunmen or extremists. Their very presence here – and the transport of nuclear warheads on our roads – is not only a target for terrorism but a continued risk of accidents linked to human error or technical failure.

Theresa May is basing her election campaign on her “strong and stable” leadership. But her government has chronically underfunded the NHS to the point where staff say it can’t afford to upgrade its IT systems. And it is willing to let a weapon of mass destruction run on a platform that it knows is vulnerable to cyber attacks.

Is that really the sort of ‘strong and stable’ government that can keep Britain safe?