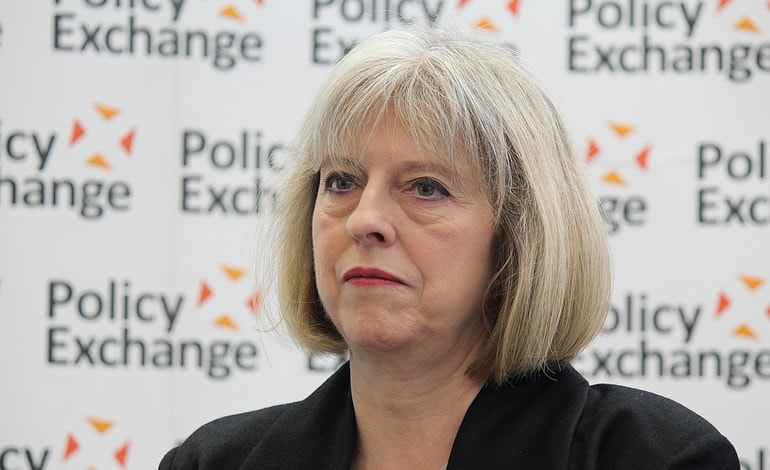 Theresa May accidentally launched her ‘Battle Bus’ campaign with the wrong Brexit message. Because eagle-eyed observers noticed something pretty awkward about the license plate on the bus:

If you check the numberplate, Theresa May is now touring the country in last year's "Remain" bus. pic.twitter.com/TV2DE2VyZo

The media has widely reported the turn of events. Instead of hard-Brexit posturing, the bus reminded voters that the Conservative leader was campaigning for Remain less than a year ago. The battle bus is a repainted Remain campaign bus from last year.

May’s hard-Brexit stance is one of her many U-turns. In only April last year, the sitting Prime Minister asserted:

Among a catalogue of anti-Brexit statements, May also expressed doubt over a post-Brexit deal with the EU:

It is not clear why other EU member states would give Britain a better deal than they themselves enjoy.

Now, it’s a very different story. May is waxing lyrical about a “better deal” for British people. And she says:

Leaving the EU presents us with a world of opportunities and I am determined to seize them.

Whatever your view on Brexit, the Conservative leader’s inconsistency means people find it difficult to believe her. Here are a number of other key issues May has U-turned on since becoming Prime Minister:

Even on the issue of the general election itself, May flip-flopped. She ruled out a snap election many times throughout her tenure. Launching her campaign to become Conservative leader, May said:

There should be no general election until 2020…

In a number of later instances, she claimed it would cause “instability”.

Then May U-turned again, calling for a snap election. May said she had to call the election because opposition parties were trying to “force us to change course” from Brexit. But in reality, Labour MPs voted overwhelmingly for triggering Article 50, the process for leaving the EU.

Moving away from May’s rhetoric there is a host of other reasons she may have called the election. For instance, the Conservatives were well ahead in the opinion polls. And the Crown Prosecution Service (CPS) was investigating her party for alleged electoral fraud. Another possible reason for U-turning and calling a general election could be making political capital for herself. A similar pattern to when she flip-flopped from a Remain supporter to a hard-Brexiteer, shoring up the UKIP vote.

The sitting Prime Minister could make many pledges during this election campaign. But given May’s record, will voters believe her? Unfortunately for the Conservative leader, her battle bus campaign has become another timely reminder of her wavering nature.