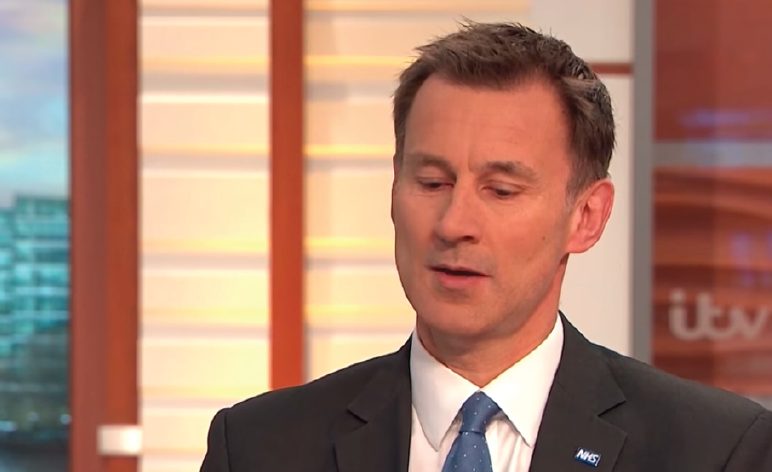 The cyber-attack on the NHS is likely part of a global assault on vulnerable computers. The reason many are vulnerable is because a group known as The Shadow Brokers released powerful hacking tools in April. Hacking tools which they allegedly stole from America’s National Security Agency (NSA).

The NHS is even more vulnerable because it’s running Windows XP computers that haven’t been updated. Despite the government being warned of potential risks in 2015.

So this attack is a completely avoidable case of weak and unreliable management. But rather than explaining himself, the man in charge of the NHS has gone into hiding. And that man is Jeremy Hunt.

People are once again unable to believe that Hunt is not owning his mistakes. Because this is a colossal fuck-up.

Jeremy Hunt is accountable for security flaws in #nhscyberattack. This should've been addressed system-wide https://t.co/F37dxw4G5T pic.twitter.com/uplg1XV8Yz

Jeremy Hunt won't want you to share this. The #nhscyberattack is partly the result of this disgraceful underfunding. Please RT pic.twitter.com/6ctwg886aa

This is not the first time Hunt has been accused of avoided accountability. On 12 May he escaped in a car rather than answer Labour’s West Streeting about an A&E closure. On 13 May Amber Rudd answered questions on the NHS cyber-attack instead of him.

But why do politicians like Theresa May and Hunt avoid answering questions? And repeat slogans like ‘strong and stable leadership’? Perhaps because, as this catastrophic hack shows, they actually offer anything but.

These people have let the NHS run out-dated and vulnerable computers for two years. So the machines that the NHS relies on are literally weak and insecure. And now the price is being paid for this weakness.

But it’s also a price the Tories may have to pay on 8 June, if people vote for them to loss their grip on our most valuable institution.