Emily Thornberry told a Tory MP he was talking 'bollocks' on Marr. But the media missed the most explosive part [VIDEO] - Canary 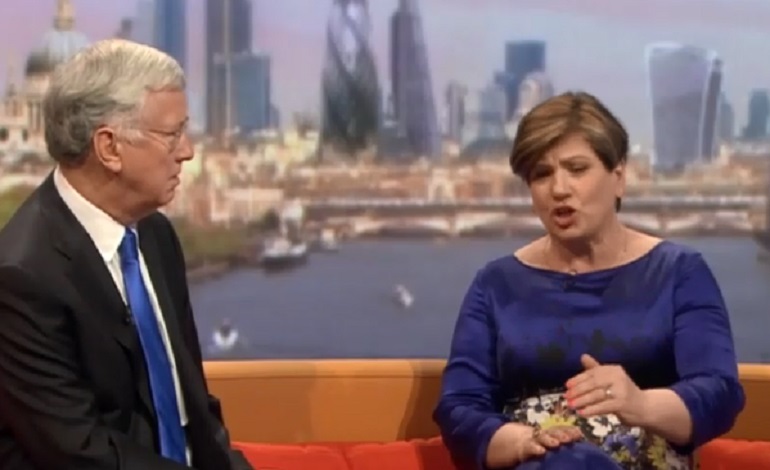 Emily Thornberry must have woken up on Sunday 14 May and had two dozen Weetabix for breakfast. Because in a heated exchange on The Andrew Marr Show she exposed the hypocrisy at the heart of the Conservative’s general election campaign. But she also, accidentally, revealed a potentially scandalous visit to meet President Assad of Syria by the current Tory Defence Secretary. One that the mainstream media has completely ignored.

Oh, and she told him he was talking “bollocks”. Live on air…

In the shows end-of-episode debate, Thornberry was pulling no punches as she refuted Fallon’s claim earlier in the show that she would “negotiate over the Falklands”:

A masterclass in skewering

And Andrew Marr raised the subject of Jeremy Corbyn’s talks with the IRA. But Thornberry gave a masterclass in the passive-aggressive skewering of political rivals. To counter Fallon and Marr’s accusations about Corbyn and the IRA, she turned the argument on its head and threw a massive cureveball at the Defence Secretary:

And the unsuspecting Fallon was left reeling:

The smearing of Corbyn using his stance on the IRA has time and time again been debunked. As openDemocracy wrote: 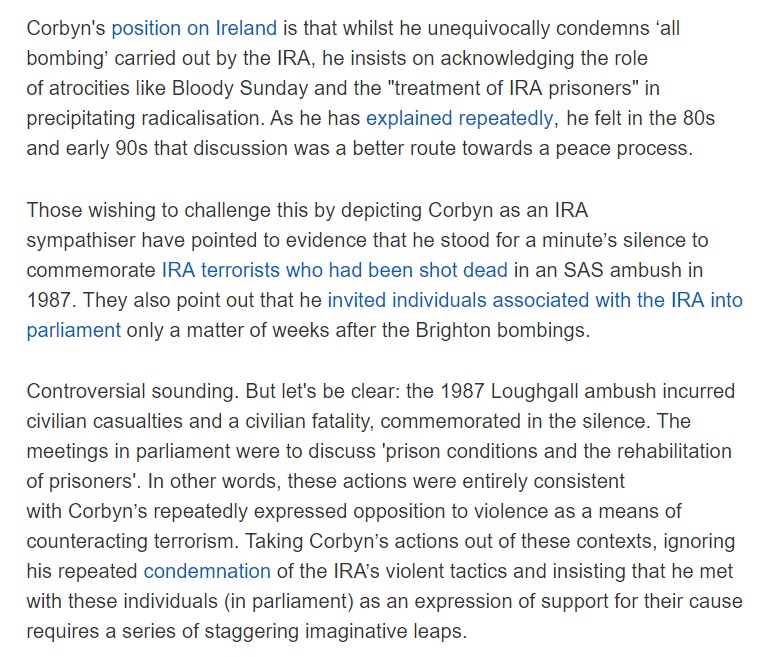 But what of Fallon’s meeting with Assad? As PoliticsHome reported:

The trip took place between 27 May to 2 June 2007. Assad was re-elected president with 99.82% of the vote on 29 May. Aside from Mr Fallon, the attendees on the trip were fellow Cabinet member Jeremy Hunt, and former MPs Richard Spring, Brooks Newmark, Shahid Malik, Roger Berry and John Grogan.

This trip appeared to have been organised and paid for by the British Syrian Society. It was founded [paywall] in 2003 by President Bashar al Assad’s Father-in-law Fawaz Akhras and Conservative peer Lord Risby, then an MP known as Richard Spring. As The Sunday Times reported [paywall]:

On some occasions the Syrian Government jointly funded the visits by giving free accommodation and hospitality. The society declined to disclose who provided its income of up to £500,000 a year but Lord Risby told The Times that the money came from expatriates in Britain and businesses in Syria.

Among the society’s directors[pdf] were Wafic Said, a Syrian businessman and Tory Party donor. Said was caught up in a political scandal surrounding Margaret Thatcher’s son, Mark, BAE Systems and an arms deal to Saudi Arabia. Other society directors [pdf] included Sir Andrew Green, founder of MigrationWatch; Brian Constant CBE, in charge of Lloyds Middle East division, and the late Sir Gavyn Arthur, former Lord Mayor of London who was pictured [pdf] with Assad in his obituary.

Fallon’s expenses declared that the cost of flights and hospitality were met by the society. As did Hunt’s. And so did Lord Risby’s.

Many feel Corbyn’s talks with the IRA were crucial to bringing forward peace in Northern Ireland. Whereas Fallon and his fellow Tories’ trip to meet Assad appears little more than a exercise in corporate networking, in the company of a man many view as a dictator. But then, these two incidences point to a difference between the Labour and Conservative Parties. One says it’s for the many; the other is backed by millionaires. And people have to decide which they want to govern on 8 June.